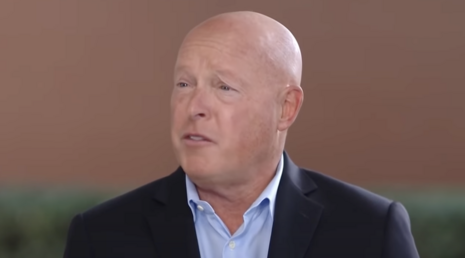 Disney has a vested interest in making sure that Florida public schools expose their youngest students to far-left LGBTQ lesson plans. As such the company is sending CEO Bob Chapek to speak to Governor Ron DeSantis (R-FL) about killing or amending the state’s newest anti-trans indoctrination bill.

Make no mistake, Disney is attempting to keep its iron grip on the minds of youngsters.

The Hollywood Reporter broke the news March 9 that Chapek would have an in-person meeting with the Florida governor over his state’s “Parental Rights in Education” Bill, a bill that aims to prevent state public schools from teaching kids in grades K-three “sexual orientation or gender identity.”

The bill has passed in the Florida house and in the state senate and is due to be signed by the governor, who has signaled his support for the bill. On the other side of the aisle however, the potential legislation has set the left’s hair on fire.

Many on the left now refer to the bill as the “Don’t Say Gay Bill” a slang title meant to tar it as discriminatory against LGBTQ people. The left fears that this is about hiding the reality of the gay community from America’s children.

Of course, proponents of the bill argue that was never the point. It’s about protecting young innocent kids from far left radical gender politics that could only serve to confuse and harm the minds of kids that are young and impressionable.

Obviously Disney leans left, so they oppose this legislation. Earlier in the week, however, Chapek indicated that his company did not want to weigh in on the politics surrounding the bill, so as to avoid political football and not further “divide and inflame” the country. But now his hand has been forced.

During the company’s annual shareholder meeting, Chapek announced the meeting with DeSantis and explained the reasoning behind the backtracking. “We were opposed to the bill from the outset, but we chose not to take a public position on it because we thought we could be more effective working behind the scenes working with lawmakers on both sides of the aisle” he said.

Chapek added that the initial approach was “unsuccessful” and that he was going to make the Hail Mary attempt of pleading with the governor personally. “I called Gov. DeSantis this morning to express our disappointment and concern that if legislation becomes law, it could be unfairly used to target gay lesbian, non-binary and transgender kids and families.” he said.

The Disney boss confirmed that DeSantis “agreed to meet with me and LGBTQ+ members of our senior team in Florida to discuss” the company’s concerns.

The CEO stated that DeSantis assured him that “he could make sure that this law could not be weaponized by any individuals to target kids and families.”

It sounds like DeSantis is being very nice about hearing the Disney boss’ concerns. Though we pray that he not concede to the demands of woke corporate and allow kids to remain unprotected from vile lefty programming.