‘Juno’ Creator on Movie Being Seen as Pro-Life: ‘My Objective…is to be a Traitor to that Culture’ 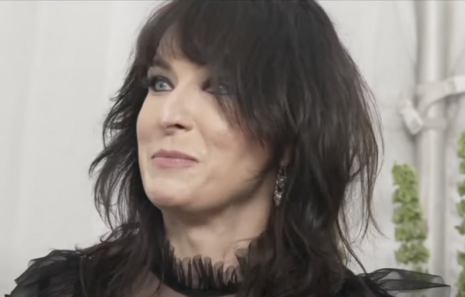 The pro-abortion movement loves to throw around the word “choice” to describe themselves and their mission, but that falls flat when you consider the only choice they support is abortion. It’s pro-lifers who are on the front lines helping women with two choices (keeping the baby and adoption) while the so-called “pro-choicers” only support one (abortion).

This hypocrisy was glaringly obvious in a recent article in The Hollywood Reporter in which Diablo Cody, the creator of Juno (a movie about a young girl choosing life for her baby and giving it up for adoption), felt the need to proclaim she was “pro-choice,” while the movie itself was strangely labeled “anti-choice.” Apparently, choosing life is somehow not a choice anymore?

“I am emphatically pro-choice and have been my entire life," Cody tells THR. "And it is important to me to make that clear. But, you know, I can understand why people would misunderstand the movie. Looking back at it, I can see how it could be perceived as anti-choice. And that horrifies me.”

She also stated having the movie interpreted as “anti-choice” is a “huge paranoia” of hers.

Again, what in the world is “anti-choice” about a young girl choosing life? Talk about showing their true colors! It’s always been obvious to pro-lifers that the only choice they care about is abortion. It’s just rare to have them flat-out admit it like this.

Cody (the irony of her first name translating to “devil” in English isn't lost on this writer) was equally horrified that an administrator at the Catholic high school she attended thanked her “for writing a movie that was in line with the school’s values.”

“And I was like: 'What have I done?'” Cody said she asked herself after receiving the Catholic kudos. “My objective as an artist is to be a traitor to that culture, not to uplift it.”

Cody ironically and unintentionally pointed out how many teens feel coerced into making a choice they don’t want to make when she spoke on the adoption aspect of the movie, not realizing the same can be said for choosing abortion.

“Most teenage birthing people [aka young adult women] don’t have a story like Juno where they have tons of family support,” she stated, “and, you know, Allison Janney [Juno’s stepmother in the film] has their back. They don’t have the option of parenting their baby even if they want to, so a lot of them feel coerced.”

So, tell us again how having an abortion is supposed to be “pro-choice” in light of such circumstances.

As a teen, Cody was squeamish about abortion, which she says isn’t surprising given the fact she “had been bombarded with gory, misleading anti-abortion propaganda at school.” (I think she meant to say bombarded with the truth.) She said her experience is reflected in the movie, because she too would have “chickened out” at the abortion clinic “especially given all the religious trauma I was processing at the time.”

Well, isn’t that lovely? #eyeroll Let’s hope Hollywood keeps revealing its true colors like this while in a state of fury over Roe being overturned so the whole world can see the pro-abortion agenda they’ve previously tried to hide.