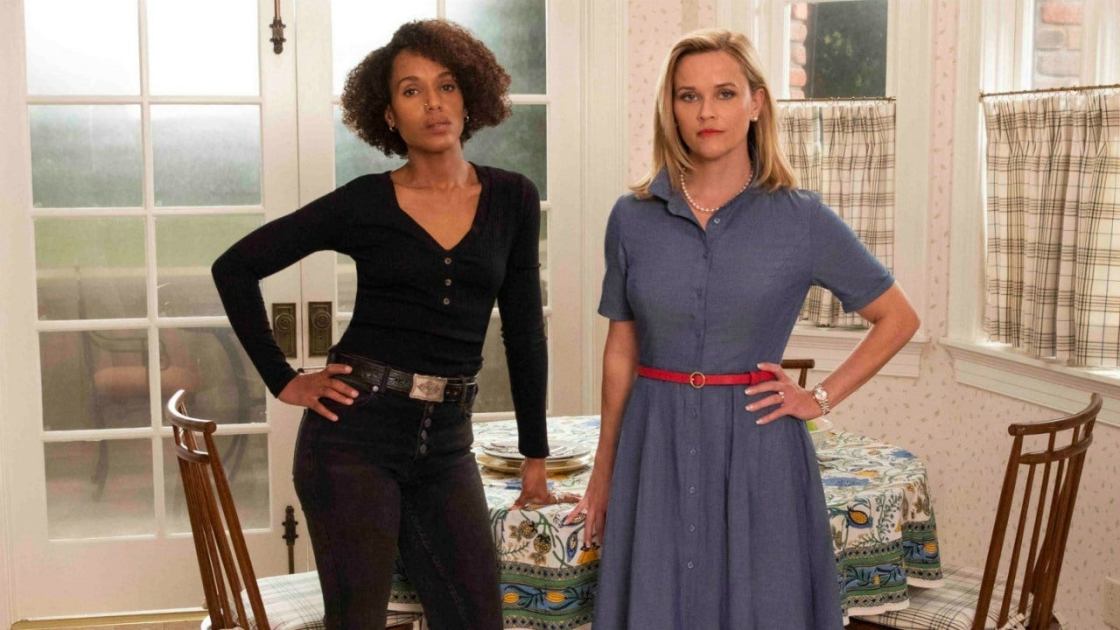 The much-anticipated new Hulu production based on the bestselling book by Celeste Ng, Little Fires Everywhere, debuted with a 3-episode release on Wednesday, and while the book had some political tones, the show is saturated with a liberal agenda.

Planned Parenthood, Hillary Clinton, Ellen DeGeneres and Janet Reno all receive plugs while white people, the wealthy and the police are vilified. A key character that was straight in the book is also now gay, and another is an illegal immigrant, making sure to hit on every favorite topic of the left.

The show stars Reese Witherspoon and Kerry Washington, both of whom serve as executive producers, and the story takes place in 1997, set in real-life Shaker Heights, Ohio. Witherspoon plays Elena Richardson, a well-meaning but tone-deaf and vacuous caricature of a white, wealthy wife and mother while Washington plays strong, black, single mom and artist Mia Warren.

Ng stated in an interview with Esquire magazine that she envisioned her characters Mia and her daughter Pearl (Lexi Underwood) as white, though their race was never mentioned in the book. The show, however, not only cast the roles as black but turned the entire story into one of racial divides, with whites being the villains and Mia and Pearl having to put up with their ignorance.

Even the Esquire article noted that “…the TV adaptation flirts with becoming a pile-on of themes, treating each scene more like an opportunity to illustrate marginalization and micro-aggressions than a chance to develop its characters.”

For pretty much the entire three episodes, Elena comes off as a bumbling, eager-to-please, awkward white woman to Mia’s confident, take-no-prisoners attitude, which was most evident in a scene in episode one, “The Spark,” where Elena offers Mia a position as her “house manager,” then laments to her husband that it’s only racism if she didn’t ask her to be her maid because of the color of her skin:

The Richardson family dinner scenes are the most opportune times for Elena’s tone-deaf cluelessness to shine. Pearl is a guest at the Richardson family dinner in episode three, “Seventy Cents,” along with Lexie Richardson’s (Jade Pettyjohn) black boyfriend, Brian (Stevonte Hart). The family’s ignorance is on full display and irritates their long-suffering, liberal daughter Izzy (Megan Stott), (the only one in the family that Mia can stand, of course), who, despite being straight in the book, is gay and is being bullied for making unwanted advances on her best friend.

Lexie is a carbon copy of Elena, with a twist. When Pearl isn’t allowed to switch to an advanced math class by her white school counselor who doesn’t believe she can handle it because she’s black, Lexie appropriates Pearl’s experience as her own for her essay to Yale. Lexie changed the problem to sexism instead of racism and as she reads her essay aloud, she praises Hillary Clinton, saying, “As our first lady said, we as women are meant to do more than sit home and bake cookies.”

When Mia later discovers that Lexie bought a dress for Pearl that she couldn’t afford, her potent disdain for the white Richardson family is even more clear. “You’re letting some rich, spoiled white girl turn you into her dress up doll,” she spits vehemently at Pearl. “She doesn’t own you! You do not belong to Lexie Richardson!”

The police are maligned as racist in the show, as well. Right at the start of episode one, after a quick plug for Planned Parenthood, the police approach Mia and Pearl’s car, and Mia nervously warns Pearl, “Hands visible, okay?” In another scene in episode two, “Seeds and All," Mia angrily cautions Pearl after she’s caught trespassing, saying, “The cops are not on our side,” and, “We don’t get the same breaks as them [the white Richardson family.]"

There’s even a plug for Bill Clinton’s Attorney General Janet Reno, who Elena interviewed right after the Oklahoma City bombing as part of her job as a reporter. Elena glowingly describes her as someone who “rose from a rustic life in the Everglades to the height of political power.”

With so many liberal talking points packed into just three episodes, it will be interesting to see what’s left in the remaining 5. Something tells me those will be just as heavily slanted to the left, if not more.