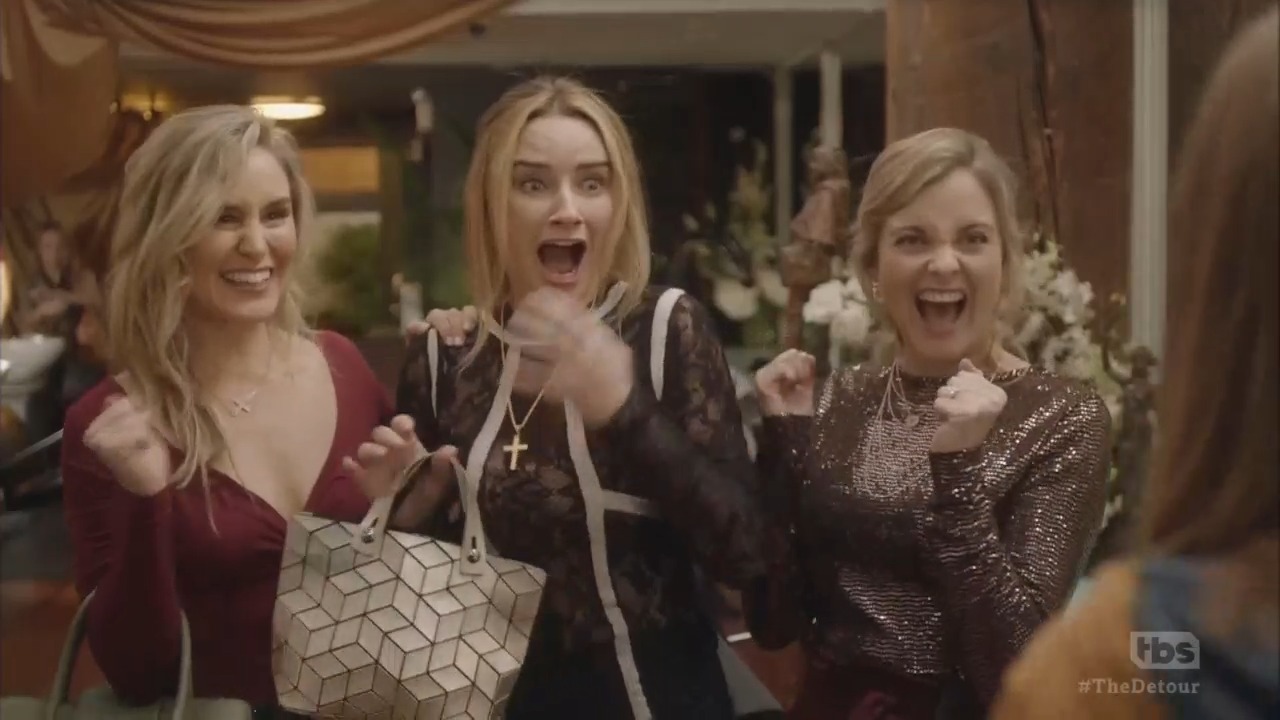 We’re 5 episodes into the fourth season of TBS’s comedy The Detour, and still, nothing much has changed. The show is still relying on typical anti-Christian storylines, caricatures and stereotypes as fodder for its plotlines, and when it does branch out into something more unusual, it’s disgusting, incestuous stories that would make most pedophiles smile. Given that Samantha Bee is the creator, this comes as no surprise. The show proved a while ago that they’re not talented enough to come up with new material instead of constantly relying on cliché attacks on Christianity.

In fact, we were warned that the show was only going to get “even more effed up,” after season two. And that’s just what happened in Tuesday’s episode, “The Year,” which revisited a storyline featured two seasons ago where The Parker family (whose lives the show is centered around) visit a Christian church that supports abortion and white supremacy. The pastor’s wife and daughters all attempted to kiss father and husband Nate Parker (Jason Jones) inappropriately and Nate’s wife Robin (Natalie Zea) expressed her belief that Christians are child molesters who “believe in fairy tales.”

This time around, it’s the Parkers’ daughter Delilah (Ashley Gerasimovich) who visits the Mountain Ballad church/”club” in New York City by herself, after running away and stealing $150k from her family. We see what Delilah experienced through flashbacks as she tells her brother what her year away from home has been like.

We learn that the pastor’s wife Laura (Laura Hughes) isn’t who she said she was and that she and her “daughters” (now supposed sisters) Naomi (Christina Collard) and Nicole (Amy Shiels) are even more corrupt and immoral than first thought.

Naomi: Found this, uh, little sinner out here on our doorstep. You remember Delilah, don't you?

Nicole: Of course! Who could forget?

Naomi: And, Delilah, you remember my sisters Laura and Nicole.

Delilah: Yeah. I thought Laura was your mom.

Laura: Oh, mom in a way that we're all each other's mother and sister.

Nicole: Oh, no. Delilah. You have come to the right place. God can forgive, but it's gonna take some work.

Delilah: Cool, cool. So can I come in?

Nicole: Yeah. And we've fallen on some pretty hard times. Jesus tried challenging our dad, Levi, with a test and implicated us in a tax fraud and real estate scandal.

Delilah: Did he pass?

Nicole: Real estate's being settled out of court.

Naomi: I suppose we could just hack our hair off with kitchen shears.

Delilah: Nah. I can afford it.

Delilah: Holy shit. This is so expensive. Am I paying for everybody's?

Nicole: Give to the poor and you will have riches in heaven. You know who said that, don't you?

The “sisters” continue to pressure Delilah into spending money on them while trying on expensive clothing, telling her that, “You can’t put a price on joy.” When Delilah finds out the bill is over $25k and starts to balk at spending that much, the girls tell her to smile, because, “God loves a cheerful giver,” using a Bible verse once again to back up their scheming (Corinthians 9:7). They then head back to Mountain Ballad to spend more money on drinks:

Delilah: Great. What's another $15,000 bottle delivered by a monkey?

Man: We got a bottle of monkey champagne to go to table 13!

Delilah: And I guess I'm paying for it, huh?!

Delilah: Well, then call me Jewish and this bottle's Christ, 'cause I'm killing it!

Delilah: Hey! Who needs cash?! 'Cause God apparently says if you don't give it all away, you suck! Shit-zekeal 69!

Nicole: No, Ezekiel only had 47 chapters.

Laura then proceeds to introduce Delilah to the Mountain Ballad community. “I would like to introduce you to someone who was a sinner but came to us and found her way, just like all of you,” she says. When everyone turns to Delilah, she is urinating on a table out of anger. When everyone goes quiet out of shock seeing her act of revenge, Delilah becomes embarrassed and yells in self-defense, “You fed me alcohol!”

Amy denies her claim and says, “No, I didn't. We're a Christian club. You're drinking non-alcoholic fizzy.” Delilah then asks why she’s drunk and Amy replies, “You're not. No one is. We're just high on Christ.” Whether Amy is lying or not isn’t revealed, but given her propensity for lying, I think it’s safe to assume she is.

While the show is supposed to be about outrageous happenings among flawed people, when the butt of the joke constantly falls on one specific religious group and furthers hate, stereotypes and bias against that group, then the joke isn’t funny anymore and turns into bigotry and bias instead.