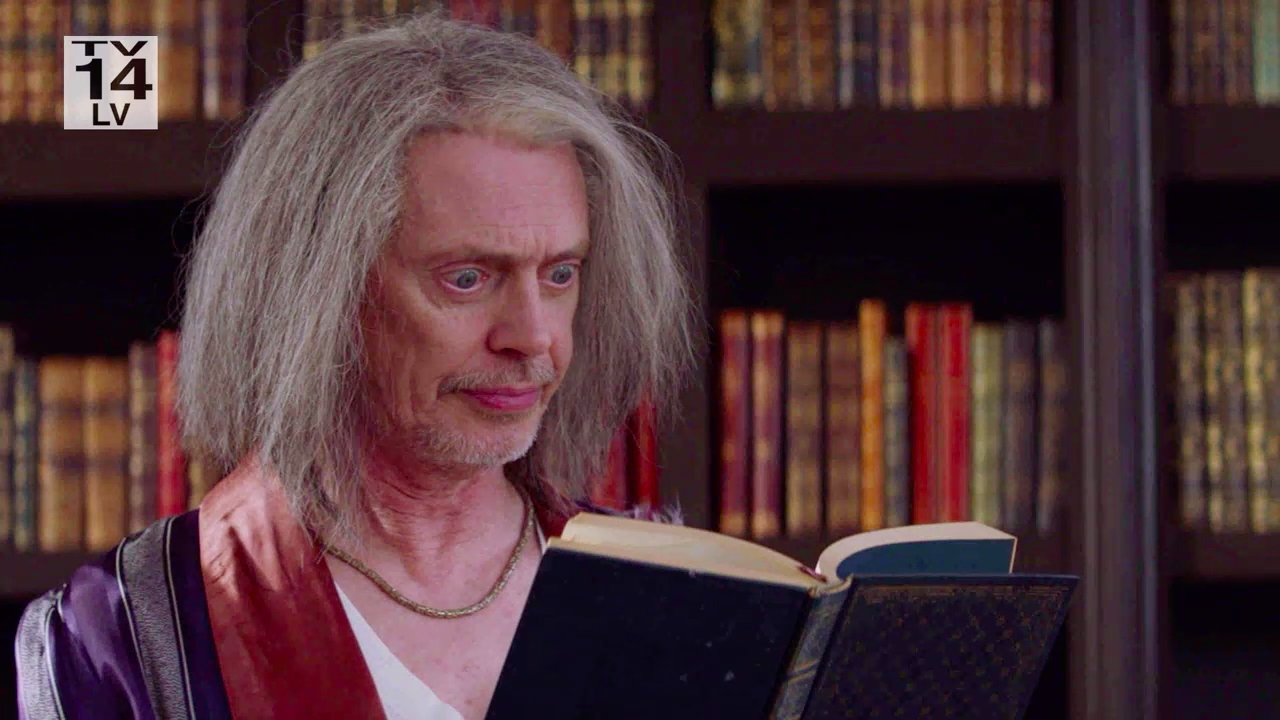 Since we last left off on TBS’s anti-religious comedy Miracle Workers, the show (which centers around our Biblical God) has continued to depict God (Steve Buscemi) as moronic, inept and an annoyance to everyone around Him, including the assistant He needs to help Him wipe Himself and operate a microwave oven, among other tasks. On Tuesday’s episode, “3 Days,” we learn that God is illiterate and lies to everyone around Him as He pretends He can read. His signature consists of a simple letter “O” scribbled in childish handwriting.

God’s assistant Sanjay (Karan Soni) hated his job so much that he left the position to join Craig (Daniel Radcliffe) and Eliza (Geraldine Viswanathan) in the Answered Prayers Department where he used to work. Sanjay is helping Craig and Eliza on their mission to make two people, Sam and Laura, fall in love so they can win a bet against God and save the world from being destroyed.

With only three days left to win the bet (hence the episode title), they’re in a panic, especially since the progress they’ve made with the couple might come undone since Sam’s beloved Nana is scheduled to die within two hours. They rush to speak to the person in control of deaths to see if they can make an appeal for Nana’s life.

Strangely, that’s not God’s job, but instead, they must speak to a little, old lady who works alone in the basement of Heaven, Inc. next to “death,” a machine with electricity coursing through and around it. (Also worthy of note, those who make it to Heaven are supposedly chosen in “completely random” order, and every person is assigned a random “expiration date” at birth.) It is God’s job, however, to sign a death waiver to extend Nana’s life, which is needed because a person can only die before their expected time, not after, unless God allows for an exception.

When they get to God’s door, they appeal to His other assistant Rosie (Lolly Adefope) to help them get God to sign the waiver. Rosie, however, has been offered a job in another galaxy and is fed up working for God. “If you want my advice,” she says, “Jump ship. Find somewhere else to work. Somewhere that isn’t run by an illiterate madman.”

“Did she just say illiterate?” Eliza asks. Craig remarks that Rosie must have been joking because God must be able to read. Sanjay replies, “And yet, if He can’t, it would explain a lot.” 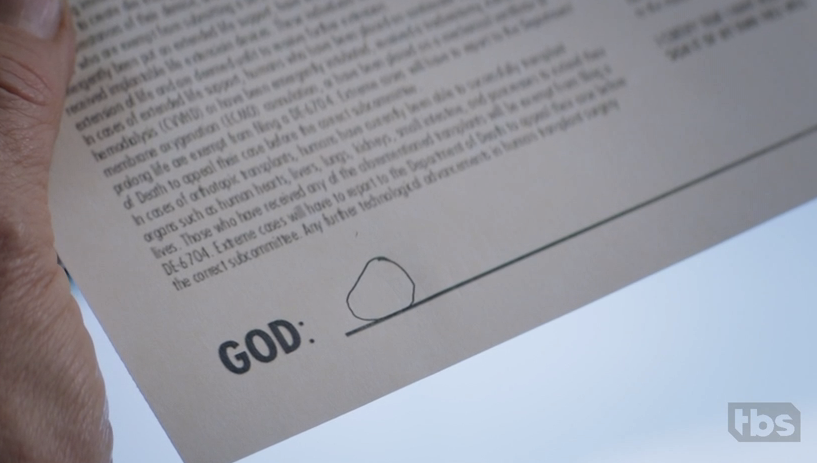 Eliza’s realizes that if God truly can’t read, they can trick Him into signing the Death Waiver. They approach God and tell Him that the paper is for a liquor license for the restaurant He’s working on creating, which He falls for.

Rosie attempts to intervene, but the trio convinces her to join them in their mission to save the earth and turn down the job offer in the other galaxy. God then signs the death waiver with a large letter “O” that looks like the handwriting of a child.

Thankfully, there are only two episodes left in this sacrilegious “comedy.” Let’s pray that it gets canceled and is also the series finale.