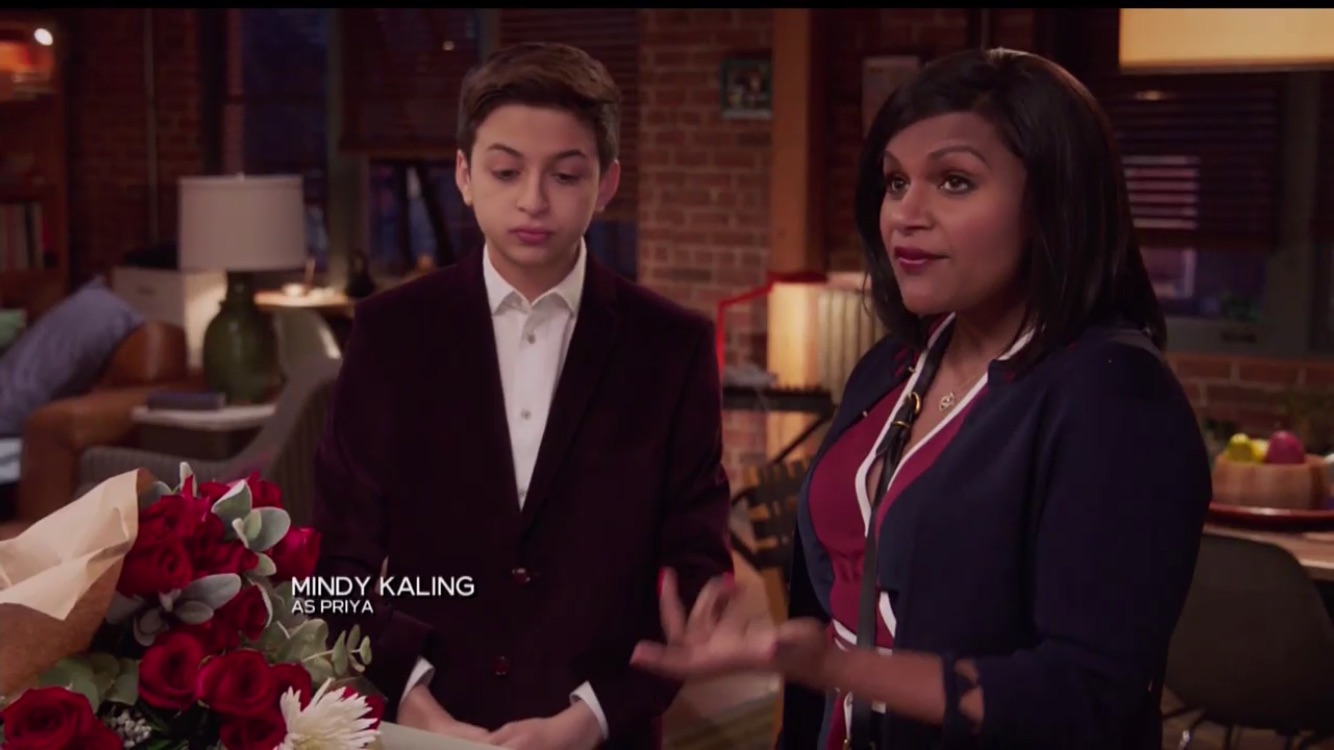 Mindy Kaling’s ultra-liberal comedy Champions on NBC has three favorite targets - Christians, whites and men. The show’s double-episode finale on Friday (“Opening Night” and “Deal or No Deal”) was no exception, insinuating that devoutly Christian congressmen are just gay men who didn’t have anyone to confide in when they were young.

They also beat their last documented record of five jabs towards whites and, while men almost escaped unscathed this time, the writers got a hint of male-bashing in just before the second episode ended. We were also schooled on how dangerous guns supposedly are, even when used for self-protection, despite the fact that the user seemed to have zero training in how to handle and use one properly.

Champions centers around two single brothers, Vince (Anders Holm) and Matthew (Andy Favreau), who share an apartment in New York. Vince ends up being confronted by the 15-year-old son he never knew he had, Michael (J.J. Totah), who happens to be gay and moves in with his father to pursue theater in New York.

In Friday’s first episode, “Opening Night,” Michael’s mother Priya (Mindy Kaling) shows up and wants to bring Michael back home with her to Cleveland, which leads to an argument with Vince:

Priya: Look, I think it would be better if Michael had a parent that he could open up to. For instance, did you know that he has a crush on Gregg?

Vince: Gregg, who plays the harp? He hates Gregg. He said he was gag-worthy.

Priya: Yeah, that's gay for good. This is a delicate age. If a young gay man doesn't have someone to confide in, he could become a super-Christian congressman.

Excuse me while I gag over the “gag-worthy” joke, especially since it was supposed to be said by a young, 15-year-old, freshman boy in high school! And of course, in Liberal Land, Christians are never real Christians. They’re just gay people suppressing their true feelings. Right. #EyeRoll

There were also six different jabs at whites in both episodes, continuing the show’s favorite obsession and tradition of not being able to go more than five minutes without explicitly mentioning race and making fun of white people. In, “Opening Night,” when Priya helps Michael flirt with his crush Gregg, who is a senior, she tells him to text Gregg the nail polish emoji. Michael is extremely excited over Priya’s idea and asks what race he should use. “One shade darker than you are, always,” Priya answers.

Later, Uncle Bud (Robert Costanzo), a trainer at Vince and Matthew’s gym, complains about someone new being added to their group text chain. “I mean that text chain is the only place I can really be me. As an older white man, where else can I share my opinions on immigration?”

Finally, Michael considers remaking the hit play he produced in New York once he moves to Cleveland, but there’s one substantial change he says he’ll have to make - “I’d have to make all the characters white, of course.”

By the episode’s end, however, Priya realizes how happy Michael is in New York with Vince and decides to let him stay with his dad. There was one surprising compliment directed at Melania Trump as Priya tells Michael, “Plus, New York needs your glamour, what with Melania in DC,” but it wasn’t enough to make up for all the digs at whites and Christians.

In the second episode of the finale, “Deal or No Deal,” Michael has his first date with Gregg in the form of dinner at home with Vince and Matthew, Matthew finally graduates from a Catholic High School, and Vince gets an offer to manage a baseball team in Baton Rouge. Just two minutes into the episode, we get the first white joke thrown at us as Vince talks about how he helped save his friend when the principal found “some schwag dank chronic in his locker and I said it was mine.”

Shabaz (Yassir Lester), a trainer at Vince and Matthew’s gym, replies, “Oh, wow. That's when white people used to get in trouble for weed, too. That's a big deal.” (I can personally attest to the fact that white people still get in trouble for “weed,” as a white family member of mine was arrested several times for marijuana possession a few years ago.)

Michael later discusses Gregg’s aspirations for his life, saying, “Gregg’s gonna try acting. He was worried there weren’t as many roles for white actors as there used to be, but then I laughed for 15 minutes.” Finally, as Vince is saying good bye to his team at his gym as he prepares to leave for Baton Rouge, Britney (Mouzam Makkar), a yoga instructor and a former love interest of Vince’s tells him, “It’s the right move for you, Vince. You can finally get into white women.”

Just when you thought it might be safe for men to go into the water, the show ends up attacking them at the very end of the episode. When Michael accidentally discovers Vince is leaving during his dinner date with Gregg, it leads to a huge family brawl, which is a turn-off for Gregg. “I hope you're happy,” Michael tells Matthew. “Gregg doesn't want to see me again because we have too much family drama.” Matthew replies, “Blame Vince. He's the one who wanted to have it all. Only women can do that.”

Last but not least, we are shown that guns are supposedly bad after Matthew receives one as a graduation gift and accidentally shoots Vince in the groin when he mistakes him for an intruder. Vince was attempting to break into the apartment via Matthew’s bedroom window because Matthew had the locks changed. There’s no explanation for why Vince didn’t just knock on the door, but when has liberal Hollywood ever made sense when promoting their agenda?

Champions is one of the few network shows whose future still remains uncertain, but let’s hope the gag-worthy-in-a-bad-way series goes the way of the ultra-liberal drama Rise, (which also contained inappropriate, adult-themed material directed at high school minors), and isn’t given a second season.