NBC Drama’s Holy Week Message: Catholics Are 'Hiding' 'in the Shadows' from 'Truth' 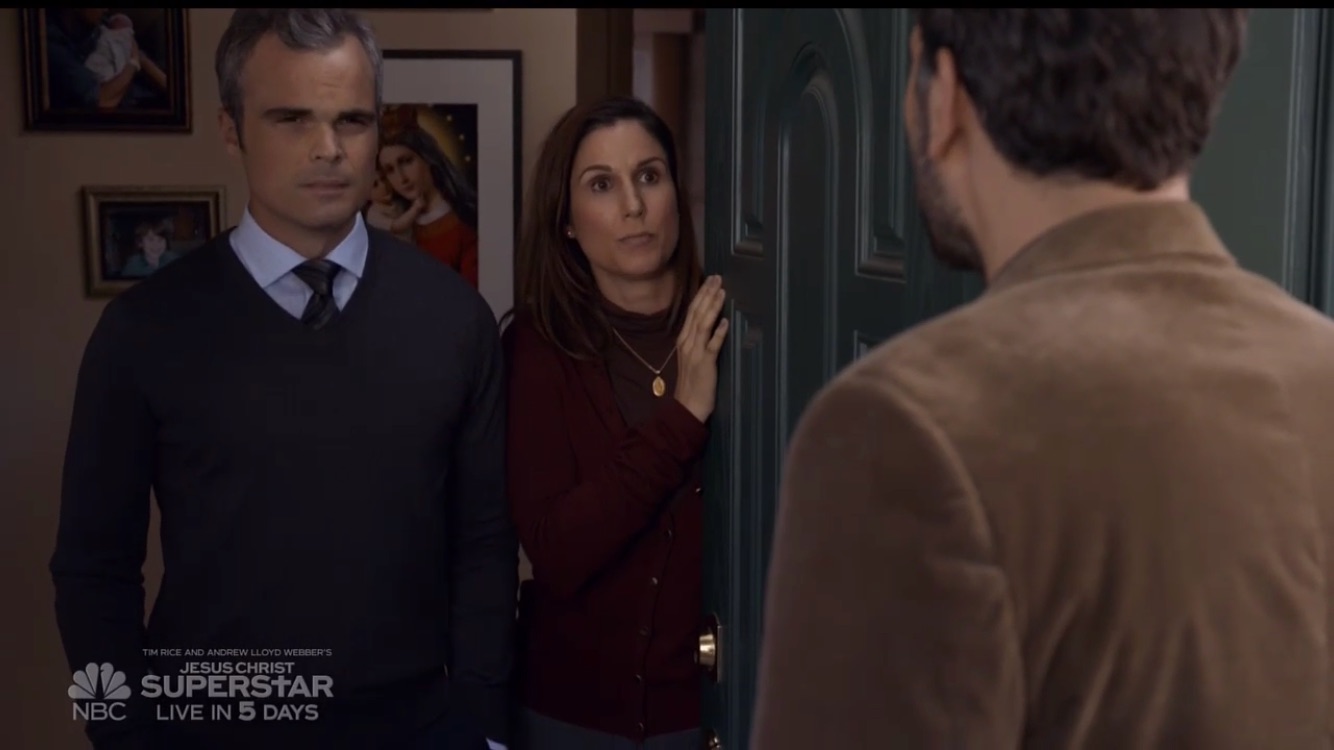 It’s bad enough when Hollywood bashes Christianity, but to do so during this most Holy Week, when we remember all that Jesus endured for us, is especially egregious.

So, when NBC’s new drama Rise decided to send the message that Catholic parents are “hiding” “in the shadows” from the “truth” of abortion, teen sex, homosexuality, incest and more on Tuesday’s episode, “What Flowers May Bloom,” it was a slap in the face to everyone celebrating this special Christian observance.

We’re three for three now as Tuesday’s episode is the third in this first season to continue the offensive, anti-Christian themes found in the first and second episodes. This week, the show delved more into Simon Saunders’ (Ted Sutherland) storyline, a Catholic student who was cast in a homosexual role in “Spring Awakening” and starts to discover that he’s attracted to his male love interest in the play. His Catholic parents disagree with the play’s controversial themes, and when Simon defiantly refuses to drop out of the play, they decide to send him to St. Francis Catholic School.

When Simon announces to Mr. Mazzu (Josh Radnor) and his high school theater troupe that he’s leaving, everyone is in shock and disbelief, especially his best friend since second grade, Lilette (Auli'i Cravalho), who remarks, “Why are you doing this? St. Francis? It doesn't even make sense.” Right. Because Catholic school for a Catholic student makes absolutely no sense. *eye roll*

Mr. Mazzu later explains the importance of performing “Spring Awakening” as well as his vision for the play to adult theater volunteers: “Let's start with saying this is an amazing opportunity to tell an important story. I mean, it tells a truth: Being a teenager is hard. Dealing with burgeoning sexuality without knowledge or guidance in a deceptive and hypocritical world is still rampant. We have learned nothing. I mean, these stories are as relevant today as they were in Germany in the 19th century when it was first written.”

In what is just one of many clashes between theater assistant Tracey Wolfe (Rosie Perez) and Mr. Mazzu, Ms. Wolfe lashes out at Mr. Mazzu when they are alone, blaming his “vision” for Simon’s departure. “It's your fault that Simon is leaving. You know it, and I know it, so let's just say it. You gave him this role. You knew what you were stirring up. And now he's leaving. This isn't just about your vision, Mr. Mazzu. These are people's lives you're dealing with.”

The message obviously goes over Mr. Mazzu’s head because he decides to visit Simon’s parents, Robert (Stephen Plunkett) and Patricia Saunders (Stephanie J. Block) to urge them to let Simon stay at Stanton High School and be in the play. This scene is especially offensive as we approach Good Friday and Easter, as the Catholic religious imagery can be seen behind Simon’s parents as Mr. Mazzu tries his best to “enlighten” them with the “truth.”

Robert- May I help you?

Mr. Mazzu- Yeah, well, I spoke to Simon and he-- he said it's because St. Francis has so many more opportunities and facilities available for college placement.

Robert- Our minds are made up.

Robert- I don't really want to re—

Mr. Mazzu: Look, I-- I can help him with-- with college counseling free of charge, and he could do AP classes online.

Robert- I don't know why Simon told you that. I guess he was too embarrassed to tell you the truth. The production you're doing goes against everything we believe in.

Mr. Mazzu- Have you read it?

Robert- Yes, we have.

Patricia- I'm sorry, we just-- we don't agree with abortion, gay sex, premarital sex. It talks about fathers molesting their daughters. It's just too dark. This is not the world of values we want our son growing up in.

Mr. Mazzu- But these are real things. Hiding from them won't make them go away.

Robert: I'd expect your type to say nothing less. This conversation is done.

Mr. Mazzu: Don't do this to your son.

Mr. Mazzu later approaches Simon at school at tells him, “I would do anything to keep you here at Stanton. I can edit the play. We don't have to do that storyline.”

But Simon triumphantly replies, “With all respect, don't you dare. You're doing this play for a reason, and it's an important reason. It's about the truth, and nothing is more sacred. So please, don't-- don't change it. Not for me, or anyone. Not a word. Not ever. I'm counting on you.”

If that didn’t make us feel inspired enough, surely this touching scene between Simon and his sister Emma who has Down syndrome will change our minds. It certainly has an impact on their mom Patricia as she shakes her head, letting us know that she’s starting to see “the truth,” too.

Emma- Why are you leaving Stanton?

Emma- Yeah, but I like Stanton. I like seeing you in the shows. And the hot chocolate at the intermission. You're breaking my heart. I love you.

But the writers saved their best for last, as Patricia drives to Mr. Mazzu’s house in the dark as he’s shown playing basketball with his family, being the great man that he is. Brace yourselves. It’s about to get nauseatingly ridiculous here.

Patricia- My grandmother used to say, "I don't care if you don't believe in the same thing as me, but you have to believe in something." And I need to know what you believe in.

Wow! Powerful, right? Well, that did it for me! I’m throwing my Christian beliefs out the window and am so happy that Mr. Mazzu is teaching his students “the truth” now instead of hiding out in “the shadows!” /sarcasm

I believe that Rise is incredibly transparent in trying to promote offensive liberal beliefs by cloaking them in feel-good scenes and storylines. I believe that painting Catholics who disagree with the inappropriate themes in “Spring Awakening” as people who are “hiding” in “the shadows” from “the truth” is incredibly heinous, especially during this Christian Holy Week. And I believe this show should be canceled before the end of its first season.