Lena Dunham’s Character on ‘Girls’ Is Pregnant With a…Lentil Bean? 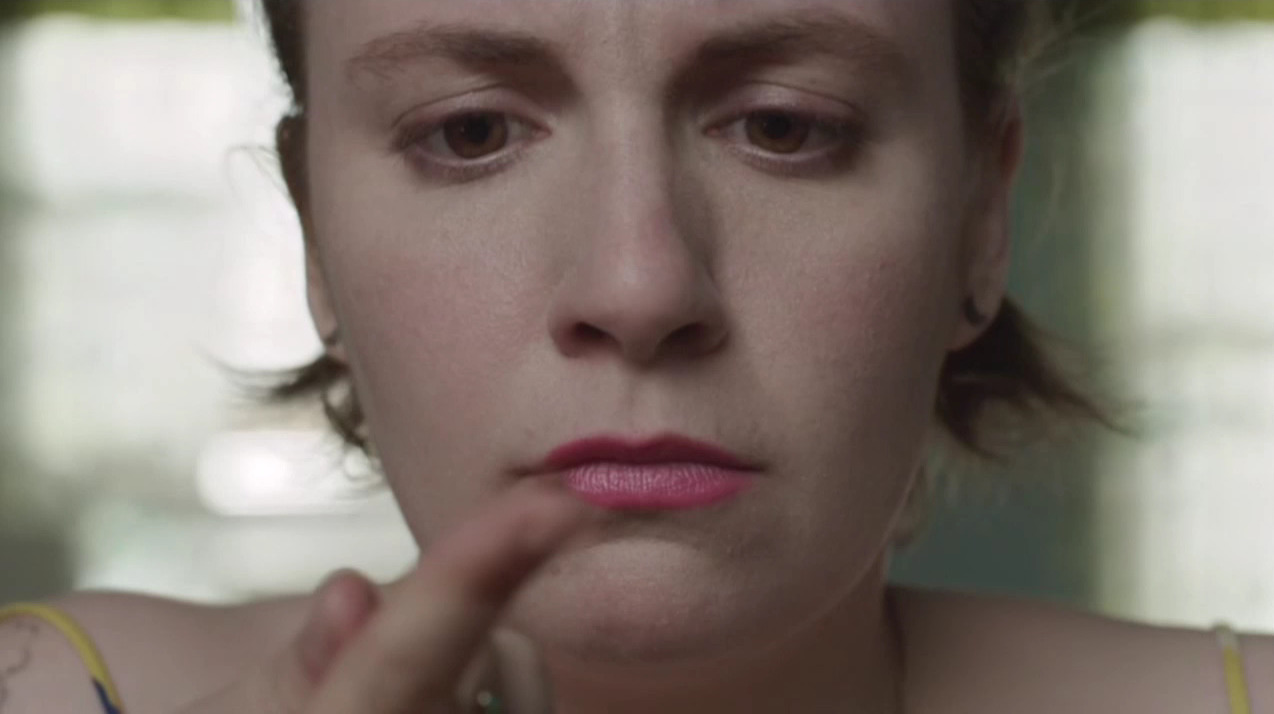 On Sunday’s episode of HBO’s Girls, “Gummies,” Hannah (Lena Dunham) continues with her decision to keep her baby that she conceived after a very brief fling with a surf instructor while on a writing assignment. The seemingly pro-life storyline is a bit suspect given Dunham’s avid support of abortion and her wish that she could have had one herself (which she later apologized for while stating that she still wants to remove the “stigma” surrounding the controversial procedure.)

Maybe Dunham’s goal is to show a supposed “fair and balanced” storyline by having Hannah choose life while subtly denigrating the humanity of the unborn through scenes such as the one witnessed in Sunday’s episode, whereby Hannah places a lentil bean on her fingertip and stares at it contemplatively after searching the internet for information on the size of her unborn child at 6-weeks gestation.

After staring at the tiny bean intently, Hannah then tosses it behind herself with casual aloofness, possibly implying that an unborn child at that stage of development is easily disposable because of its size. 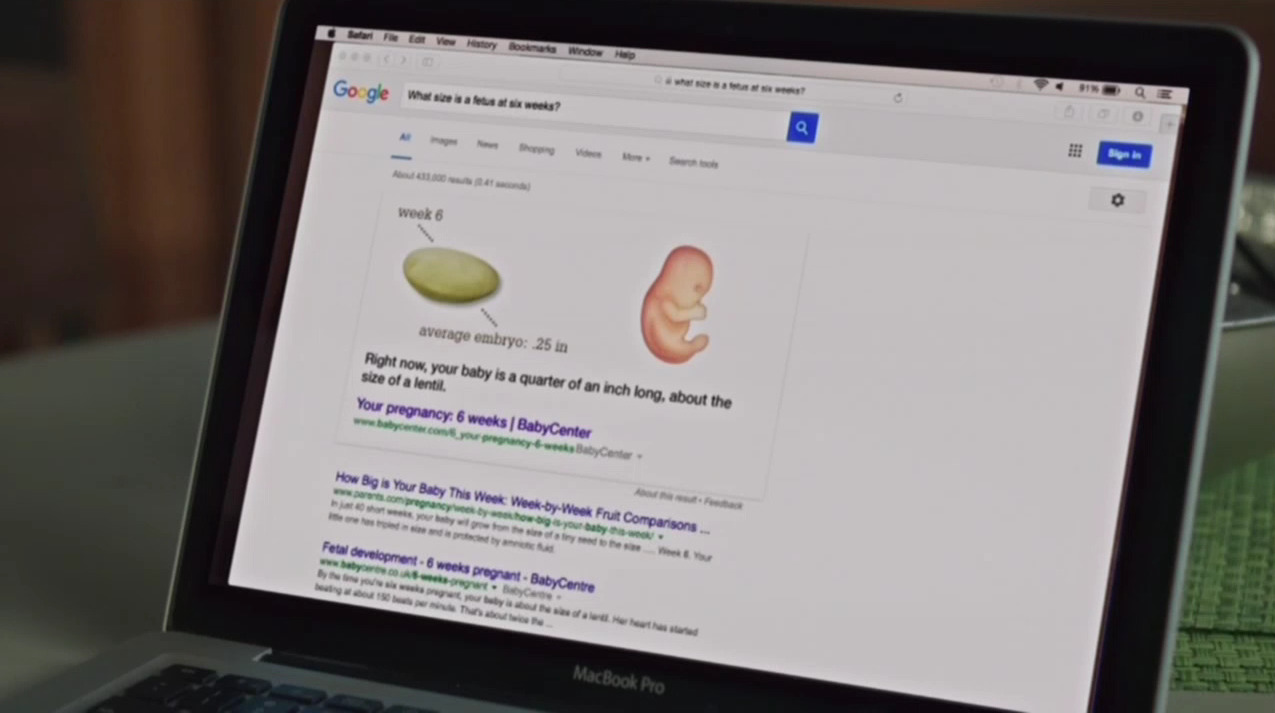 Don’t count on Girls for basic biology lessons, however. Though Hannah’s computer screen did appear to show an accurate photo of an unborn child at 6-weeks, what it didn’t show is that the child’s heart began beating at 3 weeks, his/her tiny arms and legs have begun to form, the baby can respond to touch, and brain waves are detectable.

Hannah also compiles a list of “Reasons it’s Insane to Have a Baby.” The list includes legitimate concerns such as her income level (less than 24k), to ridiculous reasons such as, “I once forgot about a guinea pig for six weeks.” I won’t mention the last reason on the list which was both ridiculous and crude.

The problem with this list is that Hannah is making it after already conceiving a child. So, the list would be more aptly titled, “Reasons I Might Want to Have an Abortion.” 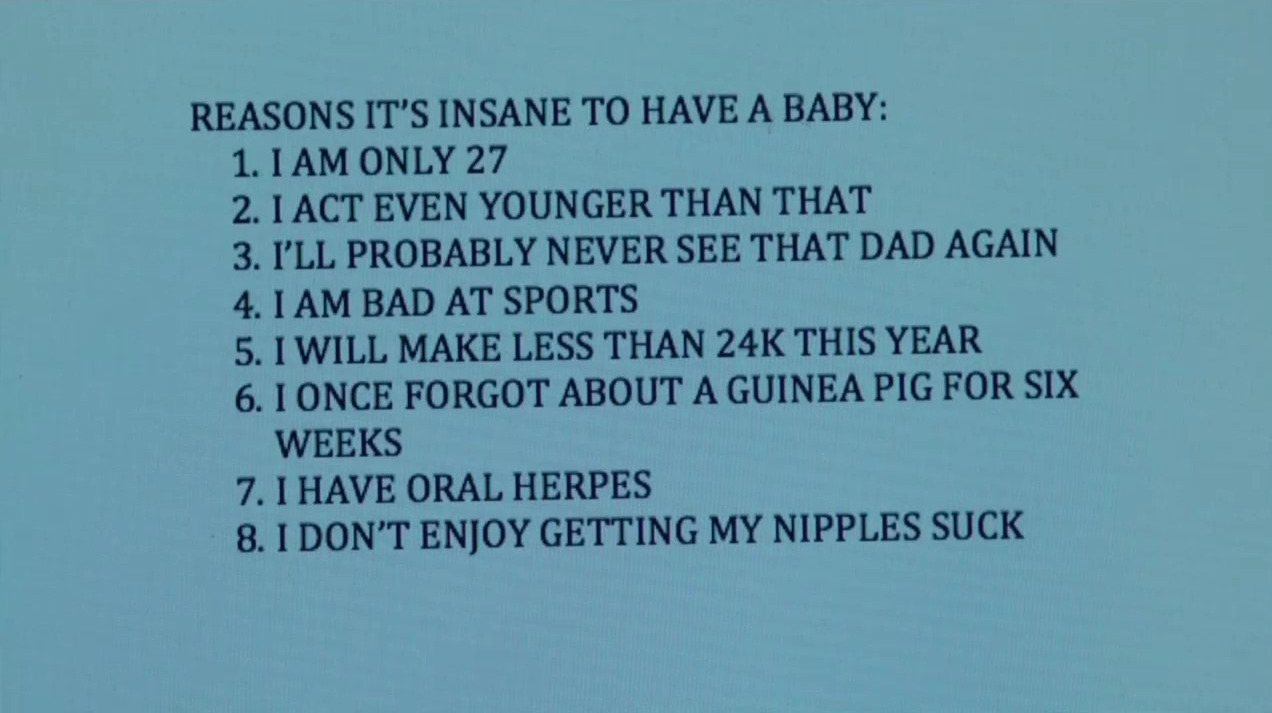 The lack of support and anti-motherhood messages that Hannah receives in the “Gummies” episode is a very real problem in the real world, and one that often leads vulnerable women to choose abortion. Right at the opening of the show in a recap, we see Hannah interviewing an author (played by Tracey Ullman), who tells Hannah, “I am not a mother because childlessness is the natural state of the female author. Write that down. Get used to it.”

Later in the show, Hannah’s pregnancy is met with disdain by her best friend Elijah (Andrew Rannells).

Such pressure, criticism and lack of support from the very people who are supposed to be there for you makes women in crisis pregnancies feel even more afraid and vulnerable. I would know.

I faced the same thing during my crisis pregnancy at the age of 16. I, too, wanted to keep my baby and received criticism from all around me, even by some family members and supposed friends.

Maybe Dunham wants viewers to feel that in the long run, Hannah really is making a rash decision by keeping her baby and that she’s not really prepared to be a mother. And maybe having those who know her best question her, and equating an unborn child to an insignificant lentil bean that’s easily disposed, is part of the set-up to get us to root for her eventual abortion. Just a guess on my part given Dunham’s avid support of abortion.

Those of us who have lived through a crisis pregnancy and have chosen life, however, understand the true humanity of the unborn child, and we won’t be so easily swayed by such blatant misinformation and bias. I know what I was carrying in my womb was so much more than a blob of tissue or disposable lentil bean. And I have her beautiful smile to look at every day to confirm that I made the right choice.

I just hope Hannah will continue to choose life for her baby, for the sake of naive viewers who aren’t aware of the true humanity of the unborn child, and for innocent unborn children themselves.

Hannah: What? I'm sorry you're so angry. I was going to try and explain it to you if you just let me start at the beginning.

Hannah: No as in you don't wanna hear how I got pregnant?

Elijah: Because to be perfectly truthful, I think it's a really bad idea.

Hannah: Okay, well, I understand how it would seem that way—

Elijah: No, no, no, no. No. It doesn't seem that way. It is that way. This is yet another reckless, impulsive, typical Hannah decision like cutting your own hair or cyberbullying that girl you met at Barnes & Noble.

Hannah: We did that together. That was something we chose to do together for fun.

Elijah: So, I guess you're gonna move out now?

Hannah: Well, I wasn't planning on it.

Elijah: Well, I wasn't planning on sharing an apartment with some-- do you mind? With some boring, 27-year-old single mom.

Hannah: Well, I don't have to be boring. I could be a cool single mom, you know, like Lorelei Gilmore. Elijah, I don't know what to say. I always told you I wanted to be a mother someday.

Elijah: Yeah, one day. You said one day you wanted to be a mother. We got a really special, specific thing going on, you and me, yeah?

Elijah: Yeah! And you just decided to go and ruin it with some baby. I'm not gonna act like that's not what's going on, okay? It's fine if that's what you wanna do, but...

Hannah: Elijah, I understand that this might seem crazy, but you know what? I need you. I really do. It's not like there's a dad in the picture. I thought we could do this together.

Elijah: Oh, really? You need help, and you just thought I would help you raise your-- your fatherless baby? You don't think I have plans?

Hannah: You know what? You've said so many mean things to me and I can't make one stupid Salvia joke? Elijah, come on! I don't know, I kind of thought you'd be happy.

Elijah: You're not ready for this.

Hannah: No, you're not ready for this.

Elijah: I'm gonna say this to your face 'cause no one else will have the guts to.

Elijah: You're gonna be a terrible mother. Oh, great, you're gonna cry now?