Sunday’s episode of CBS All Access’ The Good Fight presents an extreme, racist version of the person who’s supposed to be defending the conservative position. The show has made it very clear that it has its own leftist agenda to push. But along with serving as liberal propaganda, tonight’s episode, “Day 443” pretended to give an alternative, conservative viewpoint by using someone making assertions that no reasonable person would agree with.

Lawyer Adrian Boseman (Delroy Lindo) sits as a pundit on a TV news show to discuss the legal side of the news, particularly in light of a recent epidemic of lawyer killings. When a non-Muslim female lawyer is killed while walking her dog, one pundit immediately blames her murder on “anti-Muslim hysteria”. …despite the fact that the woman murdered was not a Muslim. She did represent Muslim clients in a case dealing with a vandalized mosque, to which our evil conservative pundit asserts, “This woman dealt with Islamic radicals. What was she thinking? She have a death wish or something?” regarding the innocent person killed while walking her dog.

“This lawyer was dealing on a daily basis with Islamic extremism. She should’ve known what she was getting into,” he continues. So not only are conservatives too dumb to know the difference between Muslims and violent Islamic extremists, but they’re also so evil that they would claim that a woman had what was coming to her just for doing her job. 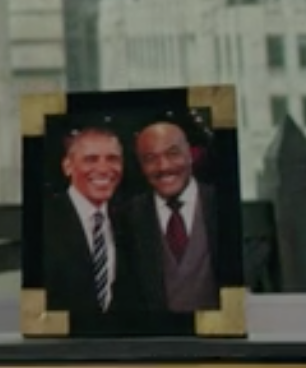 He adds, “We’re too quick to coddle extremism in the name of open borders and globalization.” By lumping arguments against globalization and open borders with this man’s Islamophobic views, the show perpetuates the idea that these viewpoints must be racist rather than thoughtful opinions.

In a later segment, the same man asserts: “Why does racism only go one way? That’s what I want to know. I see racism against whites every day. Every single day. Yet I’m a racist for pointing that out? ”

He argues with black lawyer Boseman, “Look at your firm, Adrian. You get the benefit of no-bid contracts because you’re an African-American firm. As a white lawyer, what am I supposed to think about that?”

It’s one thing to argue that racism can go more than one way. It’s another thing to pretend that white people are outraged about racism against them everyday, and then accuse a law partner of running an African-American firm just because he happens to be black.

And in case there was any doubt about The Good Fight’s political leanings, Boseman’s office contains a framed photo of him with President Obama.

If The Good Fight isn’t going to honestly present the other side in order to foster intellectual debate, maybe they should just go back to spouting their own political views without objection. I imagine the conservative half of the country would prefer that to being presented as dumb, Islamophobic racists.