Seinfeld & Galifianakis Agree on 'Comedians in Cars Getting Coffee:' 'Nothing Liberal About Shutting Someone Up' 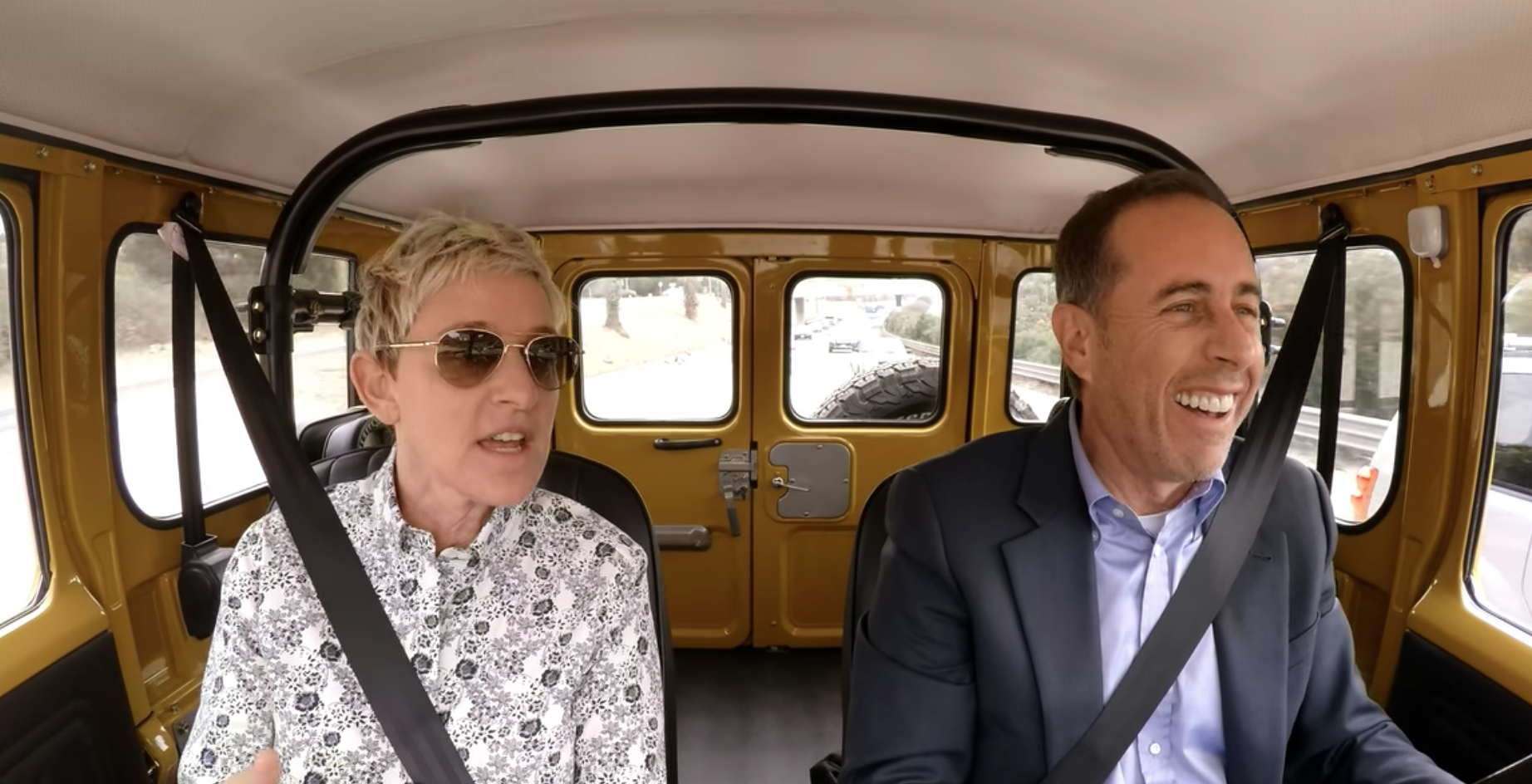 One might expect Jerry Seinfeld's latest edition of Comedians in Cars Getting Coffee, "2018: Freshly Brewed," (released on Friday on Netflix) to get political, since comedians just can't seem to help themselves right now in jumping on the Trump bashing train, so I was pleasantly surprised to find the focus on funny instead of on politics. In fact, when guests tried to get political, Seinfeld quickly shut them down, or - shock - they talked about liberal intolerance!

I first knew that I was going to like this season just 7 minutes into the first episode, "From the Third Reich to You," with Zach Galifianakis, when Seinfeld brought up his issue with colleges restricting free speech. Galifianakis had a great message that many young (and old) liberals need to hear: "There's nothing liberal about shutting someone up."

Jerry: It's so weird that colleges have become these places where, of restricted though, as opposed to thought freedom.
Zach: Well, there's nothing liberal about shutting someone up.
Jerry: The problem with not allowing intolerant talk is now you're intolerant.
Zach: Well, how do you judge what's intolerant?
Jerry: Exactly.

While Alec Baldwin got a little controversial, he actually wasn't the most political of the guests. Bringing up #MeToo, he said, "Isn't it a whole new world between men and women now? You've got to really really be vigilant. Ever vigilant. I put my arm around my wife the other day and then literally my arm, like there was an electric charge. I put my arm around my wife's waist and I went 'Oh I'm sorry!' I said 'Was that inappropriate?'" Seinfeld replied, "You may be over-implementing the new guidelines."

Baldwin was kind of a mess during the height of the #MeToo scandal, admitting to sexist behavior and defending Woody Allen, so maybe some guidelines for him aren't the worst idea. Still, Seinfeld making a joke and moving on was pretty much how he dealt with anyone trying to get political on the show.

Take Ellen DeGeneres, the guest who went hardest into political territory. In the episode "You Said It Wasn't Funny," she tried really hard to go into politics, but Seinfeld wasn't having any of it. First, she brought up that she admires firemen, and Seinfeld agrees. But then she says it's because "they don't carry guns, they run into danger," and he tries to get back onto safer ground with "and they get a lot of girls, too." Later, though, Ellen brings up how "scary" the world is right now, and Seinfeld's just not going to go there.

Ellen: Because the world is such a scary place right now, like, in so many ways. You have children and there's North Korea and there's fires, there's storms, it just overwhelms me with, like dread. With, like, do you go to those places?
Jerry: No.
Ellen: You don't.
Jerry: No. I, you know, my attitude is that each generation kind of gets this thing dumped in your lap--
Ellen: Yeah.
Jerry: -- to deal with.
Ellen: Right. If I talk to your kids, when I meet them, I'll ask them what they think.
Jerry: I don't really care what they think.

I was pleasantly surprised to see a comedian as the voice of reason, pointing out that, throughout human history, everyone has had things to deal with. We are not special. Perhaps that's why he also mentioned a few times throughout the series that comedy is getting too self-absorbed. In the episode featuring Tracy Morgan, "Lasagna With Six Different Cheeses," he discussed the problem with young comedians, advising, "We're not interested in amusing anecdotes from your journal, OK?"

When talking with John Mulaney in the episode "A Hooker in the Rain," they sort of made fun of Trump, comparing him to a high school girl, but more in the way any comedian would make fun of the favored phrases of any president. "I love 'people are saying'" Jerry tells John, "How funny is that as a justification?" He continues, "It's a ninth grade girl. That's what you say when you're a ninth grade girl - 'You know, everyone's saying about your dress...'" John chimes in: "Everyone's saying you're sketchy." Mulaney also joked that Trump doesn't get enough credit for being our first blond president.

Surprisingly, there were more moments that I appreciated than moments that made me roll my eyes. Jerry and John even made fun of the things the media say to them, like, "You must be having a field day with all the news these days," or "You couldn't write this stuff," to which Mulaney replied, "Yeah, you could. People wrote Star Wars. What are you talking about?"

Guest Neal Brennan also made fun of the media in the episode "Red Bottom Shoes Equals Fantastic Babies." Remarking on how shallow media frenzies are, Brennan said, "If I ever got caught in some sort of thinkpiece snafu or, like, 'Neal Brennan is problematic,'...I would say, 'Hey, let's wait a month. If you still care, then we'll talk about it.' But, I know they're not going to, they're just gonna go, 'What's the next scalp?'" Jerry agreed enthusiastically, and Neal then referenced an article he had sent Jerry "about the futility and how minor most of these arguments are of, like, they want an easy win." The state of the media is a joke even to top comedians.

In "Nobody Cries at a Joke" with Hasan Nihaj, Nihaj tells the story of his family's American dream. He talks about how, after he was born, his mother went back to India for 8 years to complete medical school and how difficult that was but, "I'm a comedian, my sister's a successful attorney, it's crazy, man."

Tying it all together nicely is the fact that this season of Comedians in Cars Getting Coffee has inspired a few of those phony thinkpieces it mocked. Not being PC is just too problematic in 2018.