'How to Get Away with Murder' Says We're Racist, Misogynist, Homophobes

Do we go around telling women, African Americans, and gay people that their lives don't matter? According to the October 5 episode of How to Get Away with Murder, "I'm Not Her," that's exactly what "we" do.

In this episode, attorney Annalise 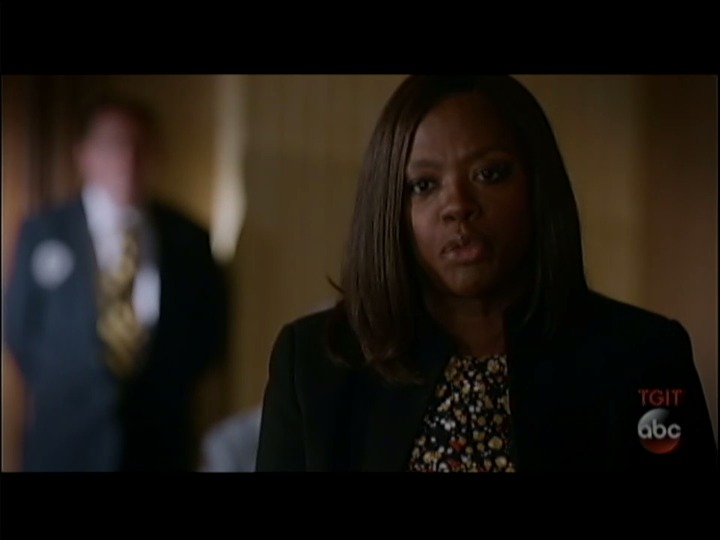 (Viola Davis) takes on the case of Jasmine Bromelle, a prostitute who was charged with illegal possession of a firearm. Annalise fights for Jasmine, forced into prostitution by her father at the age of eight, saying that a white child would have been treated differently under those circumstances.

Annalise tells the court, "If Jasmine were treated like a white girl, she would've been sent to a safe place to eat, sleep, maybe even given the opportunity to go to school...But instead, she's treated like a criminal by the officers and prosecutor whose duty it was to protect her and save her from the hell that was her childhood."

Later in the episode, we go back and forth between Annalise speaking with her therapist and in court.

Annalise: You know, horrible things happened to me as a child, but... I had a mother who loved me, teachers who told me I was smart and I could go to college and...I believed them. Because that's what we do to black people, women, and gay people in this world. We turn a blind eye, and we tell them that their lives don't matter.

There was a time when this might have been true, but that time is long past. We are not a country of racists, or misogynists, or homophobes. She brings up college as an example, and there are scholarships specifically for students who fit any of these demographics, a way that society tells these students that they can go to college. A way to tell them that they matter. Not only do more women enroll in college now, but more earn master's and doctoral degrees then men as well. More girls are enrolled in charter schools more than boys, and these schools have been proven to close the achievement gap between white students and students of color, yet liberals try to block school choice any chance they get.

As for telling people their lives don't matter, that couldn't be further from the truth, either. From the Women's March to gay pride events and Black Lives Matter, all of these groups have incredible support and well-funded behind them, including the media. This information isn't helpful to the left's narrative, however. The left flourishes in division and identity politics, and will keep pushing these tall tales as long as people keep buying them.