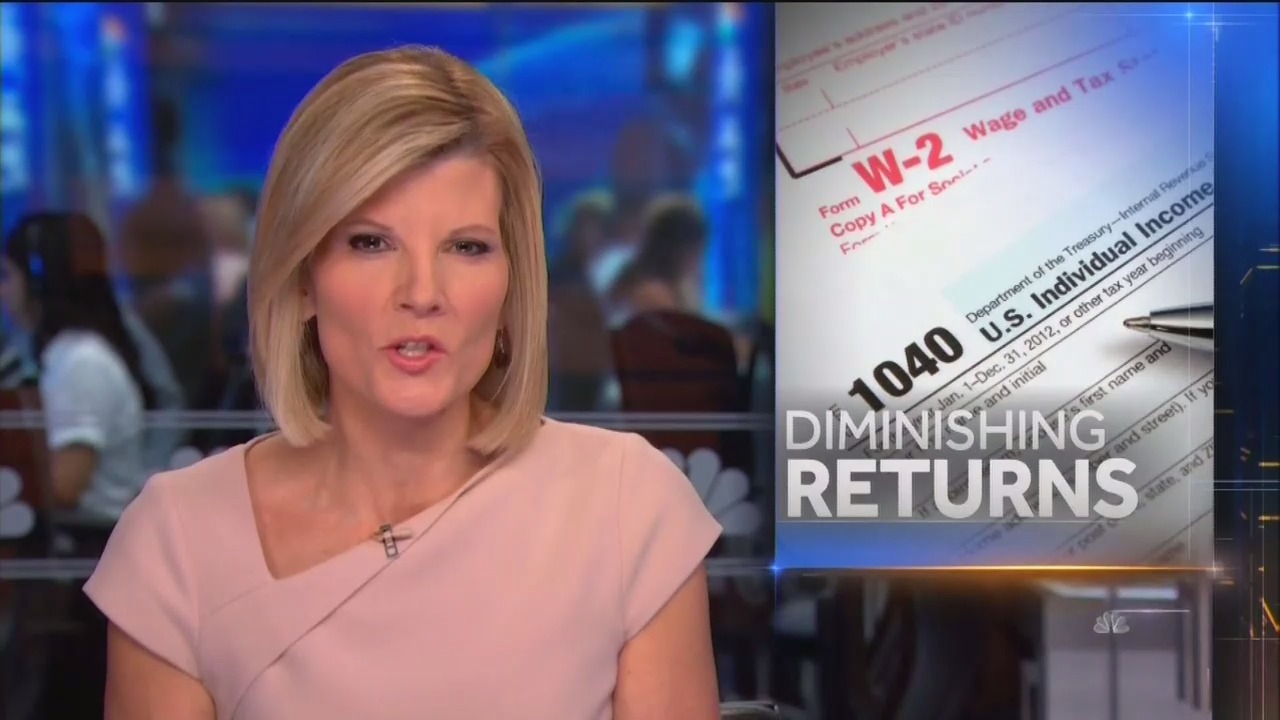 As if searching for a way to criticize the late 2017 tax cuts, the broadcasts networks aired a series of panicked reports about tax returns in February. Roughly 80 percent of Americans taxes were cut by the legislation, yet the broadcasts complaints fostered a misleading implication that taxes were not cut.

ABC, CBS and NBC evening news shows focused on a “backlash” against President Donald Trump from early filers angry over lower refunds. However, once average tax refunds rose back to levels “consistent” with last year the networks ignored the story.

Of the three evening news shows, NBC Nightly News aired the most complaints with six reports between Feb. 8 and Feb. 20, about the tax reform bill and this year’s tax returns.

Anchor Kate Snow called it a “disturbing reality for millions of Americans” that last year’s tax law “could come back to haunt” taxpayers this year, in a Feb. 10, story. Reporter Kathy Park followed, warning the tax season might be remembered for “many unhappy returns.”

NBC framed the story in in favor of outrage and complained that refunds were 8.4 percent lower, even though later the story admitted 80 percent of Americans received a tax cut due to the legislation passed in late 2017.

Again on Feb. 11, NBC Nightly News focused on the “growing number of people “upset with “Trump’s tax changes” because they anticipated tax refunds, but now owe money. Citing an extreme example, correspondent Tom Costello found a family in New York state that owes $10,000. A change in the tax law reduced the amount of state and local taxes that could be deducted from federal taxes — leaving some people in high tax states with higher bills. The Tax Foundation said higher income filers are far more likely to itemize than lower income groups.

This continued on Feb. 12, 13 and 20, NBC Nightly News broadcasts. ABC's World News Tonight reported only three stories about “shrinking” refunds and “outrage” over them on Feb. 10, 11, and 12. The CBS Evening News showed more restraint that the others, airing just one story on Feb. 21, about a family shocked to learn they owe $5,000.

But all three shows failed to report that the IRS and Treasury Department revised the average refund figure as the filing season has gone on and by March, the average refunds for last year and this year were comparable.

Other media admitted refund averages went back up including USA Today and The Washington Post. USA Today reported on March 8, that “The average 2019 tax refund issued so far rose to $3,068, up 0.7 percent from $3,036 at the same time last year.”

It added that “Overall, four out of five taxpayers are estimated to have a lower tax liability this year because of the new law. Only 5 percent are forecast to pay more.”

And the kicker? “People who got a smaller refund or an unexpected tax bill, probably received their tax savings in each paycheck during the year,” USA Today concluded.

This was why the networks’ focusing on refunds was silly. The amount of a tax refund says nothing about how much a person paid in taxes overall. By focusing on people angry over the size of their refunds, it was a cheap shot at Trump and the GOP over the tax bill the media attacked as “hollow,” ignored the benefits of the tax bill, and otherwise attacked the bill before it passed.

Conservative tax group Americans for Tax Reform wrote on Feb. 28, that “The left and the media have spent the past few weeks arguing that the reduction in tax refunds in the first few weeks of tax filing season meant that families are seeing a tax increase.”

“This is misleading and wrong. Even if an individual has a lower refund, this is not cause for a concern. A lower refund simply means that the government has been holding less of your money interest-free over the past year,” ATR added.

Even liberal NPR included a Tax Foundation expert to counter the idea as refund anger was prompting tweets labeled #GOPTaxScam. Tax Foundation director Nicole Kaeding advised “Don’t judge your taxes by your refund. That’s only one part of the conversation.”

"Ideally, you don't actually want to receive a large refund. Because what you've done is given the federal government an interest-free loan. Instead, what would be better is to adjust your withholdings so you get more take-home pay in every paycheck,” said Kaeding.