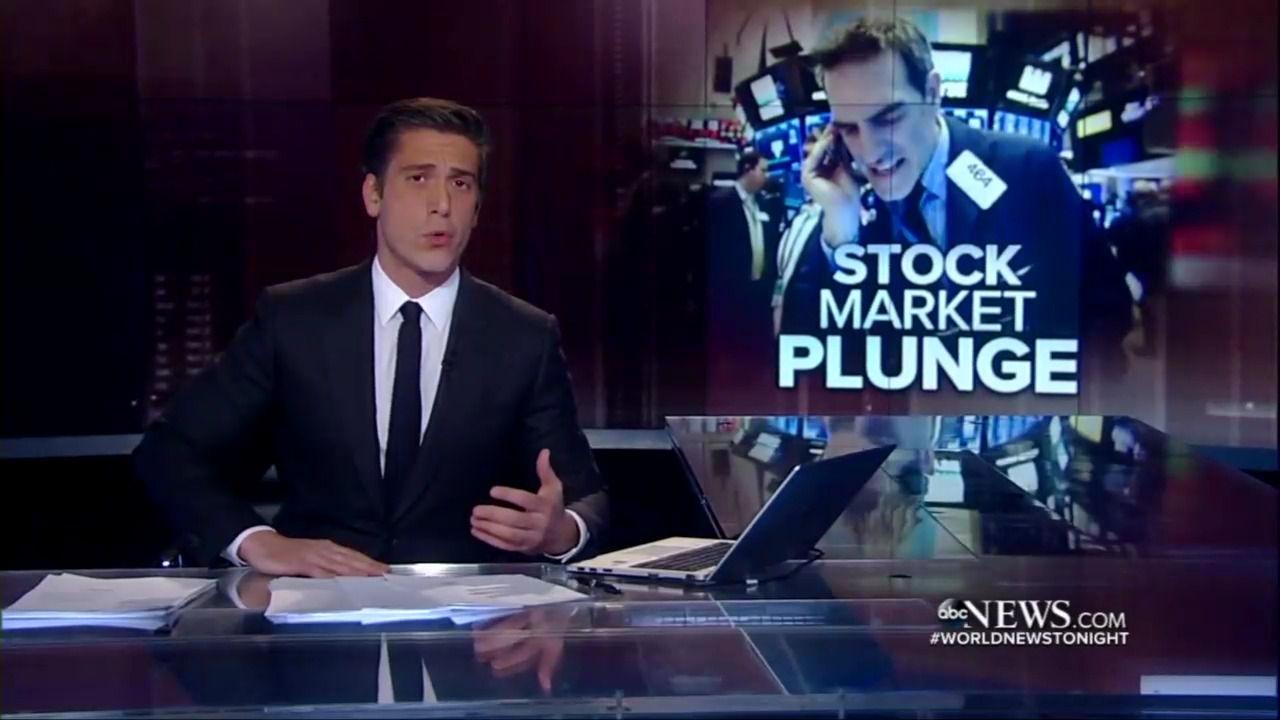 The February 2018 stock market correction was painful to watch, but the news media exaggerated the situation — piling on panic and blame with descriptions like “crash” and “freefall” — after ignoring most previous records.

The confusing claim repeated by the liberal media was that the economy “is doing too well too quickly.” Rather than point out the solid “fundamentals” of the overall economy, the focus was on “fundamentals to fear,” as one New York Times blog put it. That blog said there were worries “that the already strong economy may overheat” driving up inflation and leading to aggressive interest rate hikes.

Similar complaints about the tax bill were made by ABC World News Tonight as well as the Los Angeles Times, and Washington Post between Feb. 2, when the Dow dropped by 665 points and the tumultuous week that followed.

“Tonight, some economists also say the president’s tax cuts could actually be adding to all of this, by stimulating an already improving economy,” said said. Janis also asked, “who pays for those cuts later on?”

In his article complaining about the potential to “overheat” the economy, Puzzanghera wrote that “Some analysts believe the extra stimulus of the tax cuts, which will boost wage growth and government borrowing in an already strong economy, helped ignore the recent stock market volatility that continued Tuesday with another wild session on Wall Street.”

While admitting tax cuts “are still likely to boost profits,” Newman argued “markets are now factoring in some of the problems associated with tax cuts that Trump and his fellow Republicans never mentioned, and perhaps didn’t even recognize.”

Even after saying “it’s hard, bordering on impossible, to pinpoint why markets rise or fall abruptly,” Newman of Yahoo Finance claimed that were “plenty of clues” and the Trump tax cuts “are one of the suspects.”

But not all economists viewed stronger growth or interest rates hikes as a bad thing. Brian Wesbury of First Trust Advisors wrote about the stock market “correction,” on Feb. 9.

“Corrections scare the snot out of people. For many, who thought markets only go up, they feel like the end of the world. This is especially true when pundits start trying to explain the drop in stock prices by arguing that there are fundamental problems with the economy. This time is no different. But, in our opinion, this is an emotional correction, not a fundamental one. The US is not entering a recession, and higher interest rates over the next few years do not spell doom for the economy or markets,” Wesbury wrote.

In his view, the economy is going to grow “because of better policy,” and “This is a good thing!”

But views like that weren’t so prevalent in the liberal media which was also against the tax cuts even before they were passed. For example, the broadcast networks mostly ignored company announcements of bonuses and wage hikes after the passage of the tax bill, but they also made many more explicitly negative statements about tax reform as the legislation was being crafted and debated in late 2017 than explicitly positive ones.