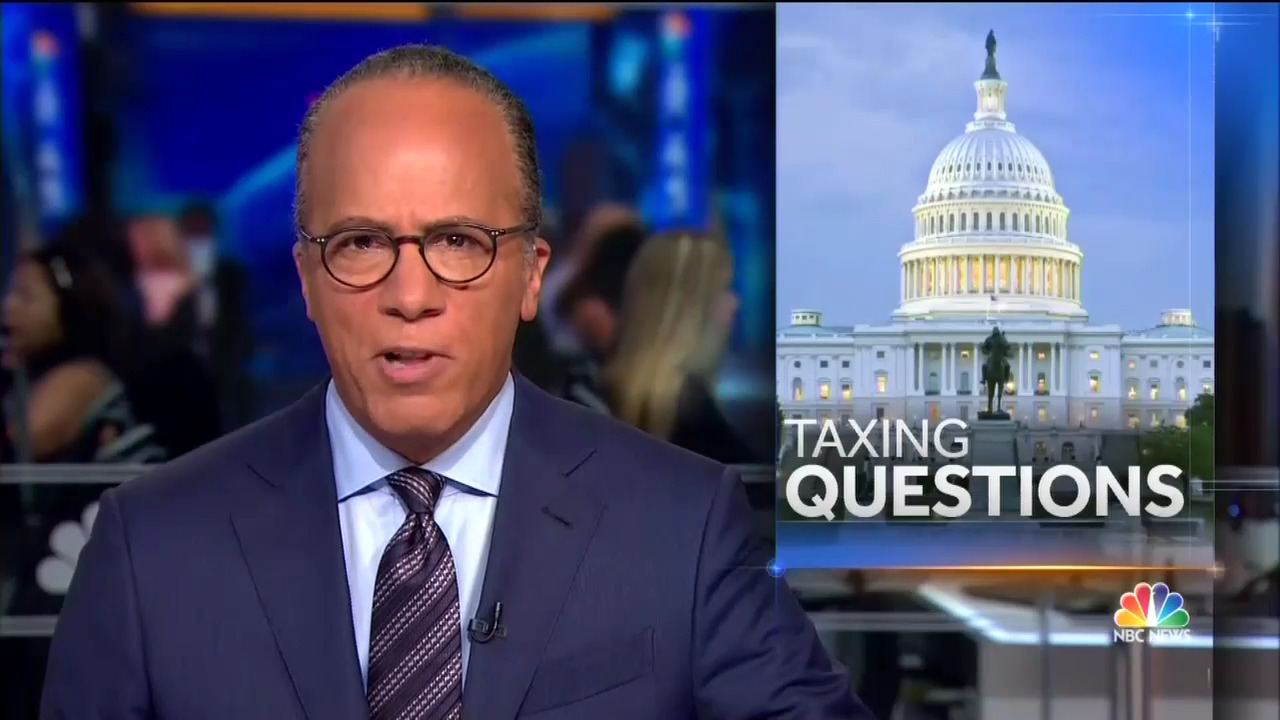 The liberal media pounced immediately on the release of President Donald Trump’s outline for tax reform calling it “one big lie,” complaining about tax “cuts for the wealthy,” and saying the plan “stinks.”

Columnists and editorials spewed the most venom, but news reports were also biased and often turned to “an early analysis” from the liberal Urban-Brookings Tax Policy Center. However, since Trump had only announced a “framework,” The Wall Street Journal slammed them for “claiming to be clairvoyant” about the specifics and its “record of hostility to any GOP tax reform.”

More insulting than an attack, CBS Evening News actually ignored the tax reform announcement impacting tens of millions of people — but found time to spend three minutes and 33 seconds eulogizing porn-peddler Hugh Hefner who had just died.On ABC and NBC there was less vitriol than from columnists, but their Sept. 28, tax reform stories were still slanted against the president’s proposals.

Nightly News declared that the administration was “facing a barrage of questions struggling to explain how the Republican tax plan matches up with the president’s promises.”

Washington Post columnist Steven Pearlstein claimed, on the basis of “nonpartisan” Tax Policy Center (which is a joint project of the two left-wing groups), that “the middle class does not want a tax cut.”

The Post’s editorial’s and it’s “news” were hard to tell apart. The editorial board wrote, “Trump’s tax ‘miracle’: Cowardice and dishonesty” and the business section offered a “perspective” piece headlined, “Why the Trump tax plan stinks.” The New York Times also editorialized against the proposals, calling it a “boondoggle” slamming “supply-side hooey” and complaining that it would increase the deficit — something they only consider justifiable for “repairing the country’s dilapidated infrastructure” or “hurricane recovery efforts.”

Trump wants to see large and small business tax rates reduced, higher standard deductions for the middle class and a simplified tax code by eliminating certain deductions as well as the end of the estate tax and alternative minimum tax, according to CNBC Senior Contributor Larry Kudlow. Kudlow has said he’s given “informal advice” to the administration, but was not chosen for a formal position.

Unlike many people the liberal media turned to, Kudlow was among the many supporters of the plan. Kudlow wrote that reducing the corporate tax rate alone would boost economic growth.

“Rather than punish investment, the Trump plan will spur growth across the board. Everyone will benefit.” he wrote.

Mercatus Center senior research fellow Veronique de Rugy wrote about the plan for the Washington Examiner, saying what she did and didn’t like about it.

“There is a lot to like in this plan: It reforms the corporate income tax system, it reduces the tax rate for small businesses and S-corps, it simplifies the tax brackets on the individual side of the code from seven to three, it eliminates some of the tax exemptions which are both a handout to special interests and make the tax code complex and unfair. The bottom line is that, if implemented, it would be an improvement of our tax code,” she wrote.

She was critical of expanding the child tax credit, the failure to modify certain deductions and the potential for deficit spending. She argued that, “We must pay for this tax plan with spending cuts,” but expressed doubt that would be done.

Although you wouldn’t know it from much of the news and editorial coverage of the liberal media, The Wall Street Journal, New York Post, Washington Times, Investor’s Business Daily and National Review all praised elements of the framework. CEOS including the head of Eli Lilly & Co., Best Buy and Job Creators Network were also “encouraged” by the tax reform effort.

Media Repeatedly Turn to the Tax Policy Center, Which is Hostile to Tax Cuts

The liberal media have used the Tax Policy Center in order to attack tax proposals from Republicans for years. In this case, the TPC put out an analysis on Sept. 29, which claimed Trump’s ideas would “reduce federal revenues by $2.4 trillion” over 10 years.

CNN Money cited TPC to warn that “low and middle-income households may see some tax relief, but far less than those at the top of the income scale.” Further to the left were Slate’s article calling the tax reform proposal “on big lie,” which relied on TPC to contradict the White House and The Atlantic which used TPC to say Trump was “exactly wrong,” about the benefits of his tax reform outline.

Additionally, Business Insider, NY Times, NBC News online, CBS News online, The Washington Post, Los Angeles Times, Chicago Tribune all included criticism from the TPC. That was a huge amount of coverage of an analysis, in spite of the TPC’s own admission the analysis was “preliminary” because as Business Insider noted — “many aspects of Trump’s tax plan were still up in the air, since its principles haven’t yet been crafted into legislation.”

Business Insider also acknowledged the TPC used “static scoring, which does not factor in potential economic growth in the years after the plan’s implementation.”

The Tax Policy Center assumes almost no growth impact from tax cuts, whether on capital or income. When growth increases or revenues rise after a tax cut, as they did after the 2003 tax cut, the center’s progressives attribute it to something else.

The tax center is essentially consigning the U.S. economy to a fate of slow growth as far as the Obama “secular stagnation” crowd can see. Yet if the rate of GDP growth speeds up from the Obama pace of 2% a year to 3%, incomes would rise and revenues would increase to the Treasury by some $2.5 trillion.