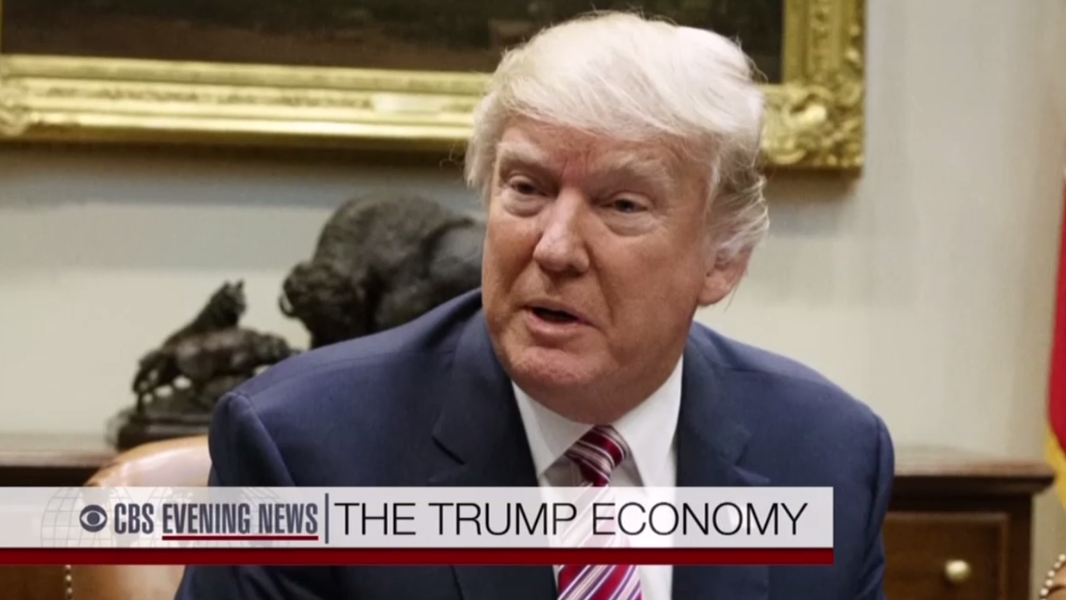 While financial news networks, companies and economists linked optimism over President Donald Trump’s proposed economic policies to the strong jobs report, only one of three broadcast networks — CBS — made that connection.

On March 10, The Bureau of Labor Statistics announced 235,000 new jobs were added in February — the first month entirely under the new president’s watch. The report shot past expectations by 38,000 jobs.

That night, ABC, CBS and NBC evening news programs all covered the report. But only CBS Evening News suggested the results had anything to do with Trump.

NBC Nightly News admitted it was a “stronger than expected jobs report” but rapidly turned the positive economic story into a negative one — by focusing on companies unable to find people with the right training for their manufacturing needs. 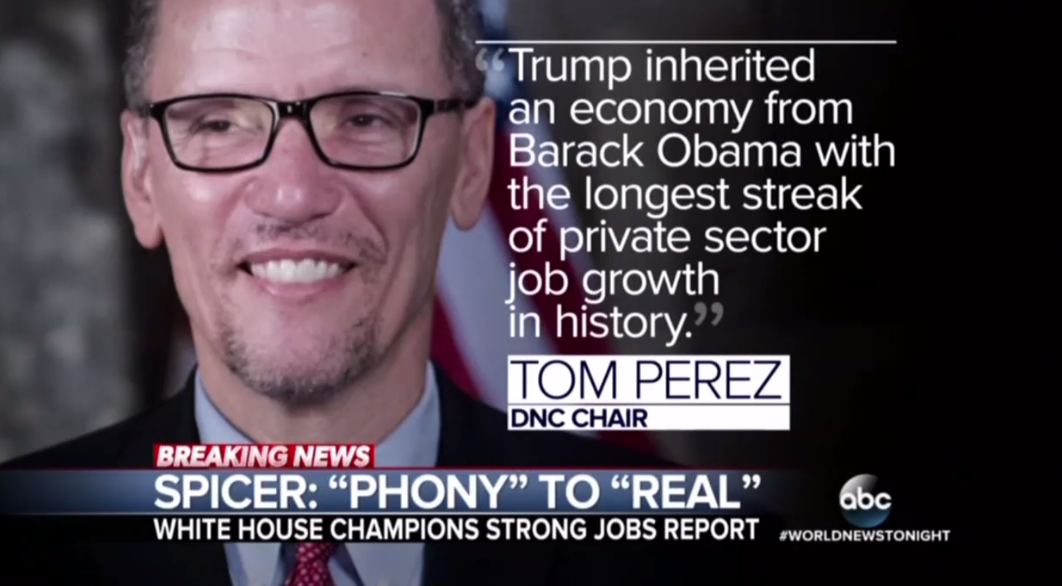 There was no mention of business optimism due to the Trump’s plans for tax reform or less regulation, even though that rhetoric helped drive Wall Street to more than a dozen new record highs. Instead, ABC turned to a statement from Democratic National Committee chair Tom Perez who said Trump just inherited a job growth streak from Obama.

ABC’s chief business correspondent Rebecca Jarvis noted that stocks were up 14 percent, also avoiding any mention of a Trump effect.

The March 10, Evening News report by Jim Axelrod stood in stark contrast to both of those reports. Anchor Scott Pelley introduced the report by saying, “It is now the Trump economy ... ” and telling viewers the numbers showed a continuation of a jobs recovery which began under Obama.

However, following Pelley’s remarks, Axelrod delivered a very positive report about a company that is “hiring again” and connected it to “optimism” about Trump policies.

“There’s a lot of optimism and believe that we will be seeing it not only 2017, but the next few years continuing to increase and bringing jobs and manufacturing back here to the U.S. that might have been done outside the U.S. in the past,” COO Rick Urban of Quality Controlled Manufacturing said.

Axelrod also interviewed Bank of America’s Ethan Harris who told him, “We’re, you know, finally heading in the right direction.”

All three shows cited Trump’s previous statements about the jobs report being “phony,” but that he says they are “real” now.