Is This a Joke? Truth-Spinner Paul Krugman Frets About ‘Economics in a Post-Truth Nation’

The New York Times economist Paul Krugman has a knack for being allergic to the truth and is whining about how economics can survive in a “post-truth nation.” 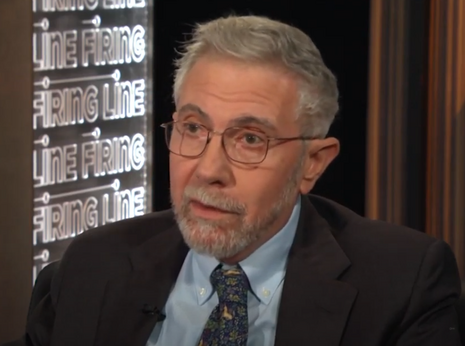 Krugman’s latest drivel was headlined, “Economics in a Post-Truth Nation.” Krugman attempted to convince readers that Republicans were daft for not accepting that “we’re clearly in a much better place economically than we were just a few months ago.” Krugman dismissed skyrocketing inflation and hiring problems as “transitory” and “temporary.” In Krugman’s own words, “I still miss the days when truth mattered.” Ironic that Krugman, who claims to care about “truth,” is the same person who peddled a conspiracy theory last year that former President Donald Trump coerced the Bureau of Labor Statistics (BLS) to fudge the numbers on explosive job growth that occurred in May 2020.

In addition, Krugman recently twisted a statement by the United Mine Workers of America (UMWA) to suggest that the union gave its “endorsement” of President Joe Biden’s “Green New Deal.” That was blatantly false. UMWA President Cecil Roberts released a video statement later saying, “[We] certainly did not propose supporting the Green New Deal. The record is very clear about that. And anyone who wants to do some research would understand that.” So much for the “truth.”

Krugman’s claim in his new op-ed about inflation being transitory is also misleading. Reuters reported June 25 that Bank of America (BofA) “expects U.S. inflation to remain elevated for two to four years, against a rising perception of it being transitory.” BofA chief investment strategist Michael Hartnett stated on the matter: “‘[F]ascinating so many deem inflation as transitory when stimulus, economic growth, asset/commodity/housing inflations (are) deemed permanent,'" reported Reuters.  It appears Krugman didn’t get the message. [Emphasis added.]

Krugman then had the audacity to whine about negative perceptions of the economy being primarily driven by partisanship:

We appear to have become a country in which a large chunk of the electorate won’t even judge a president by short-run performance, because those voters’ perceptions of the economy are driven by partisanship unrelated to reality.

Pot meets kettle. Does Krugman remember his initial knee-jerk argument that the markets would “never” recover under Trump when his election seemed imminent in 2016? Did leftist partisanship drive that haphazard anti-Trump assessment “unrelated to reality”?

Conservatives are under attack. Contact The New York Times at 800-698-4637 and demand it correct the record about Krugman’s misleading statements on inflation.