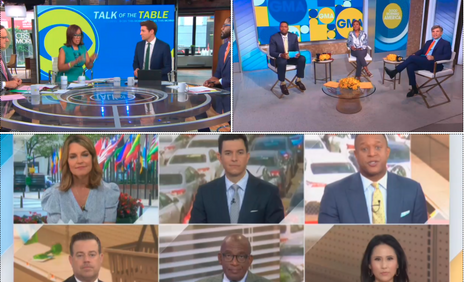 Inflation spiking at the highest level since 2008 apparently wasn’t newsworthy enough to receive coverage on the ABC, CBS and NBC morning networks yesterday.

The Bureau of Labor Statistics (BLS) released the anticipated Consumer Price Index (CPI) report at 8:30 a.m. on June 10. The report revealed that consumer prices had skyrocketed a whopping 5 percent in May on a year-over-year basis. The Wall Street Journal dubbed the event the “the biggest surge in inflation in nearly 13 years.” CNBC said that economists were expecting a 4.7 percent spike in inflation.

The indication is that the official BLS statistic clearly beat expectations. Core CPI, which excludes food and energy prices, clocked at 3.8 percent over the last year, the “highest since 1992,” according to Robeco Portfolio Manager Jeroen Blokland. Bloomberg News said that the data extended “a months-long buildup in inflation that risks becoming more established as the economy strengthens.”

Meanwhile, ABC’s Good Morning America (GMA), CBS This Morning, NBC’s Today and NBC’s 3rd Hour of Today all ignored reporting the story. Watching the networks after the 8:30 a.m. BLS release would suggest that the scary inflation data didn’t exist at all.

CBS This Morning in particular found the time to spend 90 seconds of precious airtime on “elephant coverage,” but nothing on the CPI data.

GMA also skipped over reporting to viewers about the inflation numbers, even in its moving chyron on the bottom of the screen. The chyron did stress the importance of “laughing gas” as a potential medicinal solution to depression while running a segment on its parent company Disney’s new Marvel TV series Loki.

NBC’s Today and 3rd Hour of Today shows appeared to be more concerned with propagandizing their parent company’s theme park. The two shows spent minutes of airtime promoting a new Universal Orlando ride, the “VelociCoaster.” Today spent a ridiculous 472 seconds promoting the roller coaster. None of the coverage was spent on informing viewers about the current state of the economy and the skyrocketing prices that could take bigger bites out of their wallets.

Apparently 472 seconds of coverage was not enough for the “VelociCoaster.” 3rd Hour of Today spent another 261 seconds promoting it.