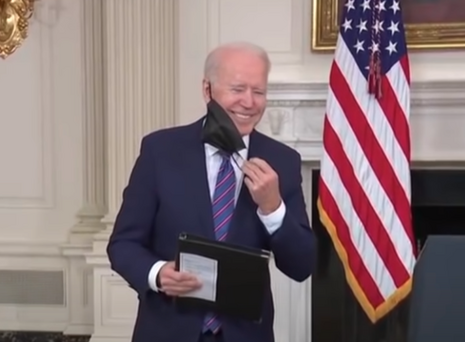 The Bureau of Labor Statistics (BLS) reported that the U.S. economy added an embarrassing 266,000 jobs in April, and the unemployment rate ticked up to 6.1 percent. Fox Business host Charles Payne summed up the atrocious figures perfectly: “Congratulations President Biden - you have achieved the progressive utopia. At least 7.4 million job openings but only 266,000 people got a job last month.” Less than 4 percent of the approximate job openings were filled. The report came after multiple media outlets were heralding an expected April boom to the tune of — checks notes — 1 million jobs added.

But Axios was even further off the mark in a May 3 piece headlined, “A jobs report for the ages.” The outlet arguably gave one of the worst predictions for the April jobs growth:

While it is not expected to match or exceed June's 4.8 million, some economists believe we could see more than 2 million jobs added, compounding the momentum from March when American employers added 916,000 jobs. 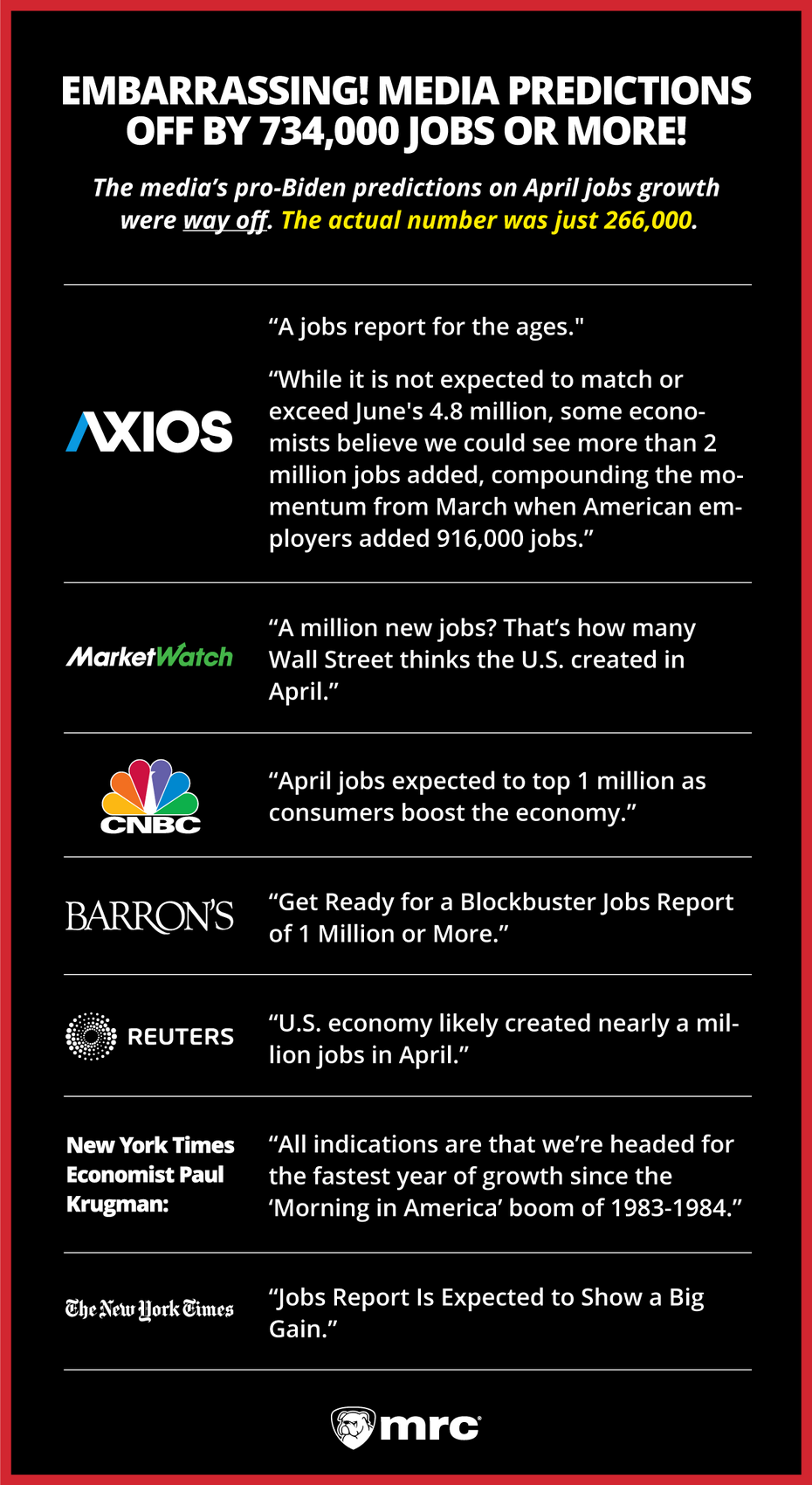 Maybe the media should take former Washington Post Business and economics columnist Steven Pearlstein’s warning about the problems associated with stimulus spending and America entering “the era of the free lunch” seriously now.

The media reactions to the BLS data were just as embarrassing. CNN’s gloomy segment on the new jobs report called the data “a giant miss.” However, CNN’s Chief Business Correspondent Christine Romans still tried to save Biden’s economic face by saying that “this is good to see 266,000.” She even had the audacity to say, “[A]t least it’s going in the right direction.” Really?

CNBC Senior Economics Reporter Steve Liesman appeared confused and double-checked to make sure the 266,000 figure was real after the network just went through their retrospectively over-optimistic expectations:

It looks like it was a big disappointment at 266. But maybe I have that wrong. Let me double-check the bureau website here.

Remember when Times economist Paul Krugman celebrated the economic miracle-working power of “Bidenomics”? Now, with the terrible jobs data, the economist initiated a failed Twitter attempt to insulate Biden: “This seems at odds with everything else we're seeing. But do you really want to keep arguing that the Biden stimulus is excessive?” Interesting, given that Krugman wrote hours before the BLS data released that “[a]ll indications are that we’re headed for the fastest year of growth since the ‘Morning in America’ boom of 1983-1984.” Oops.

MSNBC's Morning Joe co-host Willie Geist appeared perplexed that the trillions in stimulus spending didn’t boost jobs numbers in the BLS report: “All this money that's been pumped into the economy — into the trillions — from the federal government. What’s going on here?” Stephanie Ruhle explained the BLS data just a moment before, saying businesses were “struggling to bring workers back.” Poor Geist. Perhaps giving people free money is actually a really bad method to stimulate the economy?