WRECKED: Media’s Job Growth Prediction Was Off by 734,000 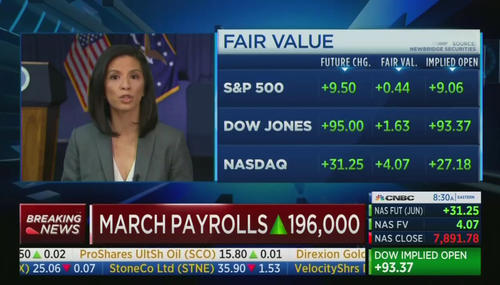 Business
Julia A. Seymour
April 5th, 2019 2:29 PM
The strong March jobs report “should end” concerns that a recession is “lurking” as one Hill op-ed suggested March 1. The media worried and speculated over recession throughout the entire month of March. The government released the March jobs report on April 5, showing 196,000 jobs added — more than 20,000 higher than expected. It also showed unemployment holding steady at 3.8 percent. 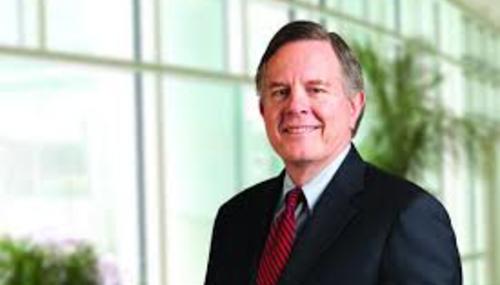 Business
Sarah Stites
August 6th, 2015 10:22 AM
Businessmen often get a bad rep in the news media, but that wasn’t the case in a Barron’s profile of a former CEO who now works to help former prisoners because of his Christian faith. “Answering God’s Call,” was the cover story of the Barron’s weekly business newspaper on Aug. 3. The paper profiled former Wells Fargo CEO Danny Ludeman, who stepped down from his position of 15 years in order to…

Barron's: Washington Post Investigated by the Dept. of Education

Jeff Poor
March 9th, 2010 7:48 PM
Call it a conflict of interest or what you will - but how should The Washington Post handle formal inquiries into its business practices as it pertains to news coverage? In July 2009, when the Post got in embroiled in controversy over its own pay-for-play scandal, the Post's media reporter Howard Kurtz took on the newspaper's publisher Katharine Weymouth. However, as the March 8 issue of Barron'…

Another Day, Another Obama Front Cover

Jeff Poor
May 18th, 2009 7:18 PM
One of the tricks in the global warming alarmist playbook over the years has been to show how global warming will cause sea levels to rise and flood the low-lying coastal areas where population centers happen to be, specifically lower Manhattan in New York City. However, the imagery used by Al Gore in his "An Inconvenient Truth" and by various other global warming made-for-television specials…

Media May Have Played a Role in Madoff Scandal, Says CNBC Contributor

Jeff Poor
December 23rd, 2008 2:09 PM
Is it possible the financial media played a role in facilitating the alleged $50 billion Bernard Madoff Ponzi scheme? An interesting theory by Jon Najarian, CNBC analyst and cofounder of optionMONSTER, contends that they very well may have unwittingly done just that. Madoff, he believes, used media publicity to lure investors to his scheme. As Najarian explained on CNBC's Dec. 22 "Fast Money,"…

Barron's: 'It's Almost as if Obama Wants to Repeat the Mistakes of Her

Jeff Poor
August 25th, 2008 6:21 PM
It seems like a no-brainer: Raising taxes is bad. It's a shame that Barron's is one of the few outlets to pick up on it. An economic plan floated out by Democratic presidential hopeful Sen. Barack Obama, Ill., would raise taxes on incomes above $250,000 - with the highest rate at 39.6 percent - and redistribute the wealth to the poor and middle-class. But that would be a big mistake, according…

Cramer Responds to Barron’s, Hints Article Criticizing Him Was at Mu