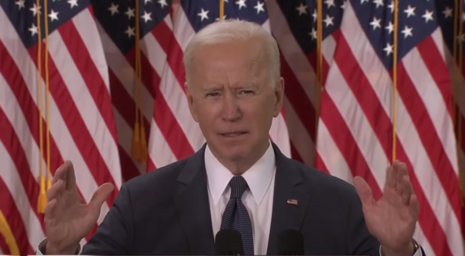 A third story by Times White House correspondent Jim Tankersley — who last year stoked alarmism about racial and economic inequality if the economy was released from lockdown — was headlined: “$2 Trillion for ‘Once in Generation’ Fix of Infrastructure.” 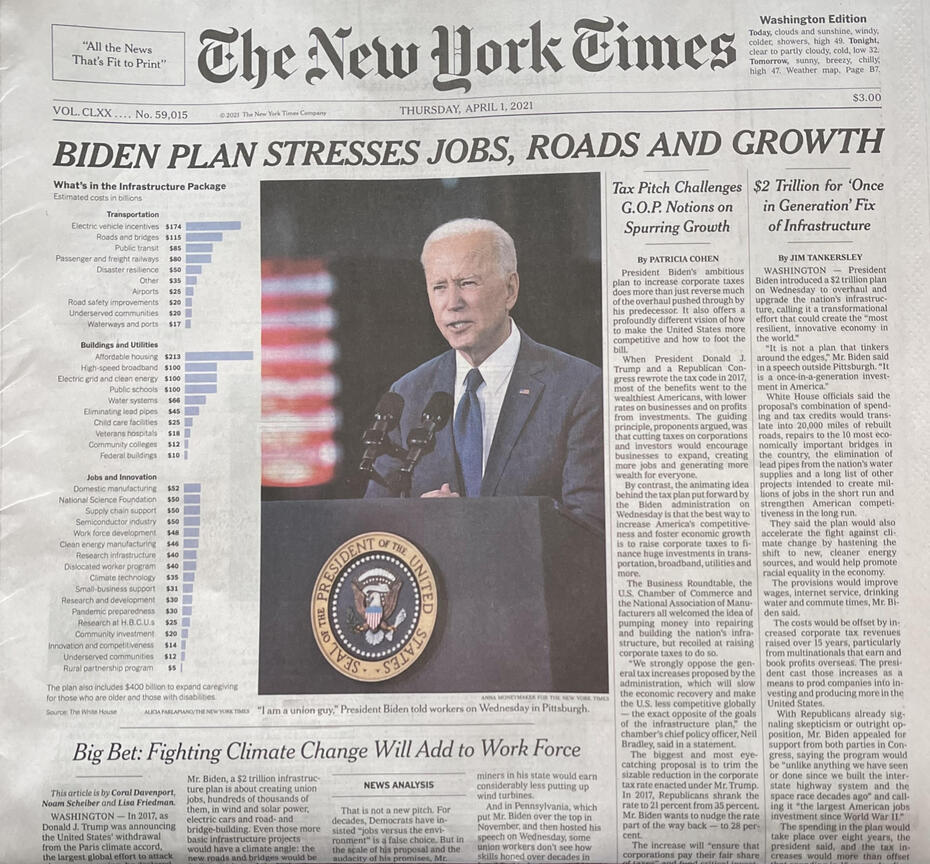 Cohen’s story praised how “Biden’s ambitious plan to increase corporate taxes does more than just reverse much of the overhaul pushed through by his predecessor. It also offers a profoundly different vision of how to make the United States more competitive and how to foot the bill.” Cohen only dedicated a few small references to any real kind of criticism of Biden’s proposal. Her critiques included a short statement of opposition from Chamber of Commerce Executive Vice President Neil Bradley.

However, Cohen ignored estimates from the Tax Foundation's finding that the “corporate income tax is the most harmful tax for economic growth … a growing amount of empirical evidence shows that workers bear the true economic burden of the corporate income tax through reduced wages.”

Tankersley’s praise of Biden included that “tax increases would more than offset [infrastructure] spending in 15 years, leading to an eventual reduction of the budget deficit.” In addition, Tankersley propagandized that the “scale of the proposal underscores how fully Mr. Biden has embraced the opportunity to use federal spending to address longstanding social and economic challenges in a way not seen in a half-century.”

Conservatives are under attack. Contact The New York Times at 800-698-4637 and demand it stop behaving like the public relations arm of the Biden administration.