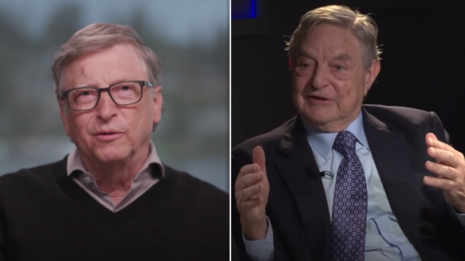 The commission, dubbed the Aspen Institute Commission on Information Disorder, is co-chaired by leftist Katie Couric Media founder Katie Couric. Couric recently suggested during a segment with HBO host Bill Maher that “we” should “deprogram” people within former President Donald Trump’s “cult.” The commission is also chaired by leftist Rashad Robinson, who leads the Soros-funded and racially charged Color of Change group. Color of Change was recently behind an effort to defund police foundations. The last co-chair, former Cybersecurity and Infrastructure Security Agency Director Chris Krebs, had claimed that the 2020 election was “the most secure in history.” Krebs' comment earned him backlash from a senior Department of Homeland Security official, according to Fox News.

The Bill & Melinda Gates Foundation and two organizations within Soros’s Open Society Network — Foundation to Promote Open Society ($2,594,780) and the Open Society Institute ($445,000) —  have pumped Aspen Institute with at least $101,854,593 and $3,039,780 respectively between 2003 and 2020, according to Foundation Directory Online data. In addition, Aspen noted that the Commission was “fully funded” by Craig Newmark Philanthropies, the grantmaking organization of liberal billionaire Craigslist founder Craig Newmark. Last year, reporting showed that Newmark had spent $170 million to “save journalism” and “beat President Trump.” 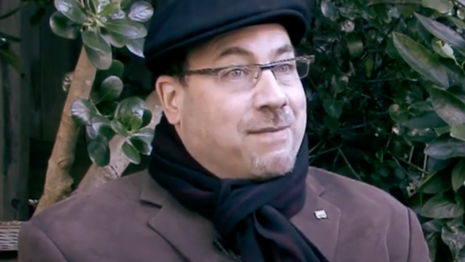 The Aspen Institute used radical comments by Robinson to underscore one of the left-wing focuses of its new “Ministry of Truth:”

‘The information crisis is a racial justice issue and addressing it requires not only an understanding of how it impacts marginalized communities, but a commitment to systemic change and rewriting the rules that have harmed our communities for far too long.’

The member list for the Commission was just as revealing as to the nature of its bias. One of the “members” was none other than the estranged liberal Duke of Sussex Prince Harry. Quadrivium Foundation Co-Founder and President Kathryn Murdoch, the climate activist wife of former Fox News heir and fellow eco-activist James Murdoch, was also listed as a member. Quadrivium was listed as a funder behind a leftist organization called Democracy Works. Democracy Works was used to formulate Facebook and Google’s 2020 election strategy. The anti-Trump former Republican Congressman Will Hurd (R-TX) was also on the Commission’s member list.

Within the context of its leadership, the mission statement for the Commission by the Aspen Institute reads like yet another venture to try to fight viewpoints that oppose the liberal hegemony:

Through its work, the Commission will wrestle with the impact and problem of mis- and disinformation across all aspects of modern society, from the 2020 election and vaccine safety, to the ongoing risk to communities of color, to threats from state and non-state actors.