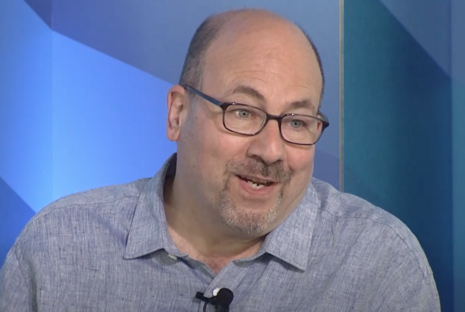 Specifically, Newmark had “given $170 million to journalism” since 2016, allegedly for the purposes of “countering harassment against journalists, cybersecurity and election integrity.” According to Au-Yeung, “These areas, he believes, are the ‘battle spaces’ of information warfare. The enemy, according to Newmark, are not just foreign adversaries like the Kremlin—it includes the adversaries’ domestic allies,” in a veiled usage of the Russia collusion hoax to swipe at Trump. [Emphasis added.] 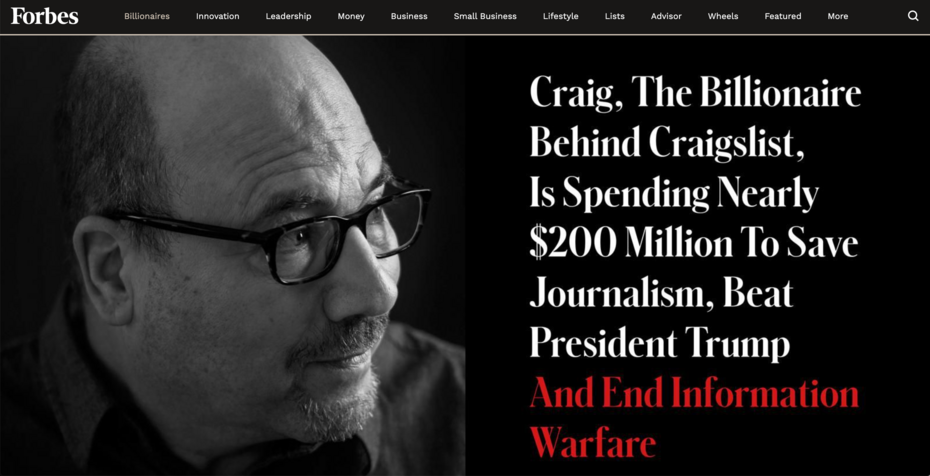 As Forbes described it, “2020 will be a decisive year for Newmark, as it will indicate whether his money has been well spent—or not.” When asked how Newmark would know if his cash dump had gone to waste, Newmark responded with another veiled swipe at the president:

‘The people who are in control of this country will be subject to some control by our foreign adversaries and will continue to dismantle our democracy,’ [emphasis added]

A money-well-spent scenario for Newmark would be if “‘we elect a whole bunch of people who want to defend the country, who are honest and who want to fight corruption.’” The Forbes piece noted that he has supported liberal Democrats like Sen. Kamala Harris (D-CA), and Sen. Elizabeth Warren (D-MA).

Au-Yeung noted that Newmark was particularly concerned about “what was happening in Portland.” Au-Yeung noted that the violence had caused federal officers to be deployed there and that Trump defended the move. Newmark then made the outrageous claim that these tactics were similar to those used in Nazi Germany:

‘The current episode in Portland . . . seems to reflect really bad episodes in world history,’ Newmark says. ‘This has happened in Russia, and it’s part of how Putin got to power. It happened in 1930s Germany,' [emphasis added].

No matter what happens in November, Au-Yeung said, “one thing is certain: Newmark will continue doing what he’s been doing for years.” This, of course, means we can expect him to keep dumping millions into leftist projects and media organizations.

Contact Craigslist using the website’s contact form and tell the company to disavow Newmark’s multimillion-dollar efforts to use left-wing journalism to sway the 2020 election!