Supposedly wondering how the economy is “really doing,” CBS journalists Aimee Picchi, Alain Sherter, and Irina Ivanova glumly answered, “The first quarter of 2019 may be as good as it gets for quite a while.” 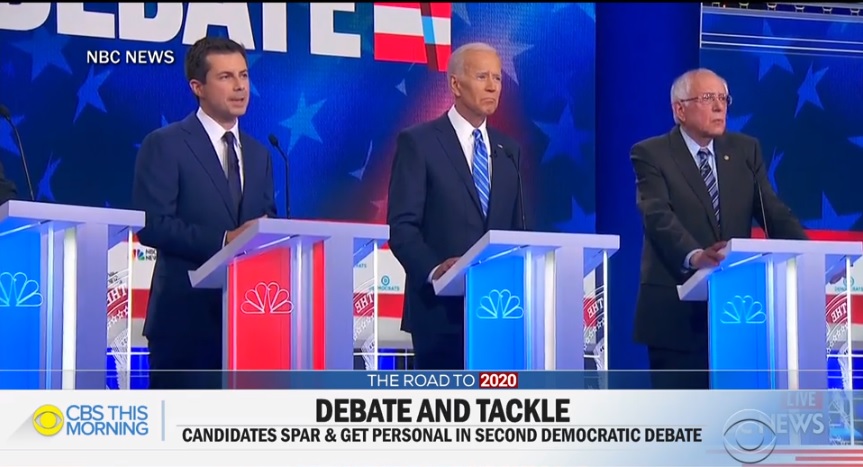 Their negative take on the economy, which echoed a number of liberal talking points, was published on June 26 at 6:40 p.m.

Despite admitting that the economy expanded at 3.1 percent in the first quarter, and nearly 10 straight years of growth, the trio offered a gloomy forecast.

The trio also complained GDP didn’t account for “just how many Americans are still hurting” from the Great Recession, despite the lowest unemployment rate since December 1969. They said “research shows that 40% of families” sometimes struggle to pay for basic needs, but didn’t provide a source for the statistic.

On the Tax Cuts and Jobs Act of 2017, CBS claimed “corporations and the rich were the biggest beneficiaries,” and cited liberal groups it labeled only as “nonpartisan experts” from the Brookings Institution and the Urban Institute.

CBS also raised alarms over one of the most popular left-wing issues, widening “income inequality,” and took a predictable dig at the tax cuts. They failed to mention how many workers lately have reported earning higher wages due to the tight labor market and tax cuts, according to The Hill.

Picchi, Sherter, and Ivanova even lamented how the federal minimum wage hasn’t risen since 2009. There was no consideration for how an increase in the minimum wage could hurt the economy and disproportionately affect lower-income workers, as Forbes has reported.

On student debt, an issue Sen. Elizabeth Warren (D-MA) and Sen. Bernie Sanders (I-VT) have complained loudly about, the piece bolstered their plans.

The article did not challenge Warren or Sanders’ claims about what debt forgiveness would do for the economy and quoted JPMorgan Chase CEO Jamie Dimon, who has called student debt burdens a “disgrace.”