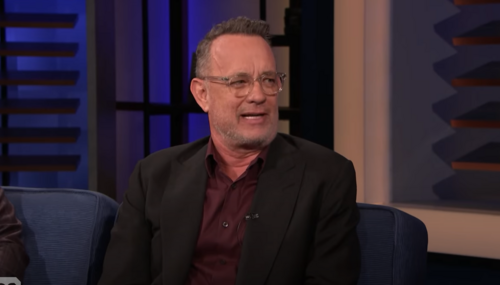 Few movie stars have been more exalted than Tom Hanks. You’d never expect a guy with his nice-guy branding to get a strong slap in the face in the political arena. But Hanks penned a “guest essay” for The New York Times lecturing on racism, which opened him up for a shaming from the Left. 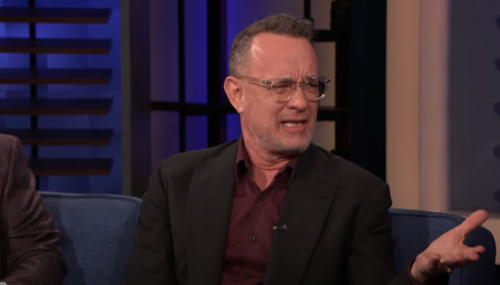 Tom Hanks is a well-meaning liberal. He shares all the obligatory lefty pieties of Hollywood, but he doesn't hate America. Not like, say, an NPR employee does. So when Hanks penned a New York Times op-ed calling for U.S. schools to teach the Tulsa Massacre and other episodes of American racism, he probably expected a pat on the back. What he got was race-obsessed bile. 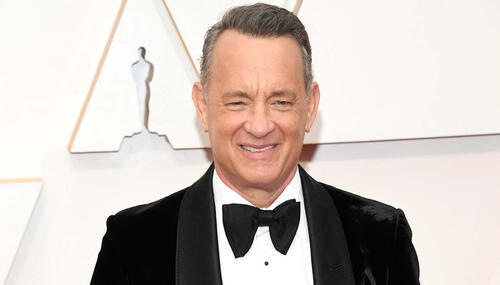 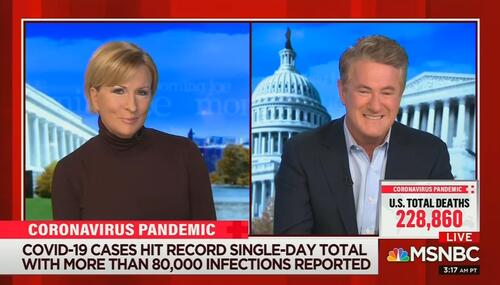 SCARY Scarborough: Trump Voters Are 'Sticking Their Hand in a Blender'

In an era when professional comedy and news-reporting are nearly synonymous, MSNBC’s Joe Scarborough decided to try his hand at humor. However, on Thursday's Morning Joe, the host utterly failed in that attempt as he gruesomely compared supporting President Trump to becoming horribly injured by a kitchen appliance. 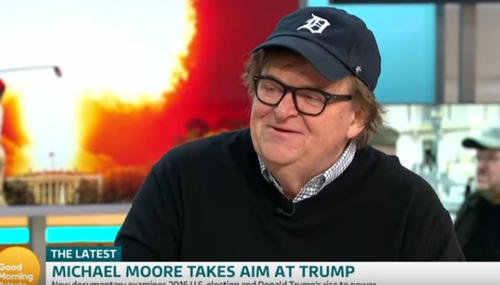 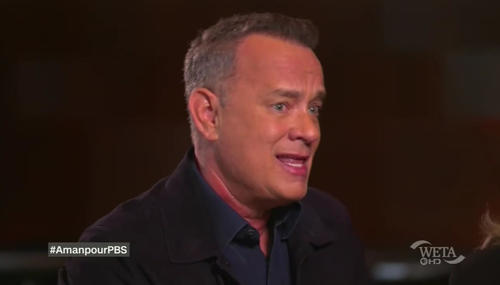 Tom Hanks: ‘Tyrant’ Trump Attacking Media Is ‘A Threat to Us All’

Kristine Marsh
January 11th, 2018 10:31 AM
CNN International journalist Christiane Amanpour sat down with Tom Hanks and Meryl Streep, the stars of Steven Spielberg’s new film, The Post, Wednesday, to talk about what else? How their movie was a referendum on President Trump. 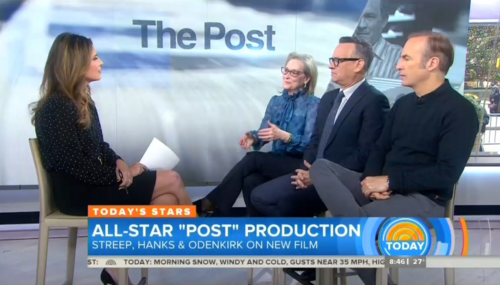 Kyle Drennen
January 4th, 2018 12:06 PM
In a fawning interview with the stars of The Post, on Thursday’s NBC Today, co-anchor Savannah Guthrie gushed over Hollywood’s latest love letter to the liberal media: “The movie is getting great reviews. And for something that took place 45 years ago, it feels like it could have been ripped right out of a newspaper today. Very timely.” 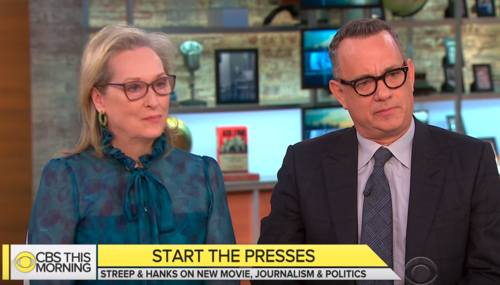 Culture
Corinne Weaver
January 3rd, 2018 3:57 PM
Apparently, an actress can dodge a bullet by making an issue about conservative politics. Actress Meryl Streep, interviewed by the New York Times along with her co-star in The Post Tom Hanks, was asked by Cara Buckley about her silence on sex predator Harvey Weinstein, the producer Streep worked with for many years. She deflected the question by telling Buckley, “I don’t want to hear… 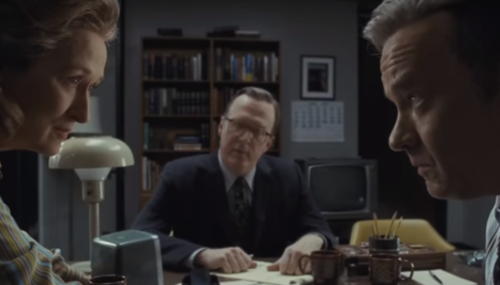 Seven Questions the Press Must Ask Tom Hanks About ‘The Post’

Christian Toto
December 10th, 2017 5:00 PM
Oscar winner Tom Hanks tried to heal the nation in wake of Donald Trump’s stunning presidential victory. Most celebrities predicted the end of the world, or similar calamities, after Nov. 8, 2016. Not Hanks. The Forrest Gump star struck a more reassuring tone during a public appearance days after the election. Here’s what he told The Hollywood Reporter at the time. 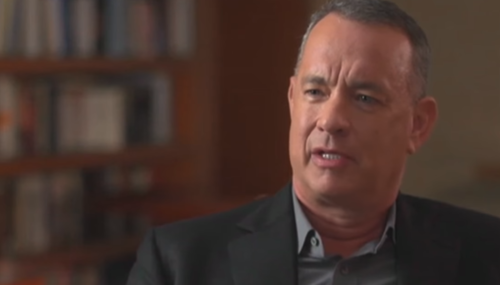 Tom Hanks: Trump is Guilty of ‘Biggest C*k-Up On The Planet Earth’

Culture
Corinne Weaver
October 23rd, 2017 5:13 PM
Most people tend to stop and think a bit before making an overstatement. But not Tom Hanks. At the National Archives Foundation Gala this weekend, he told his audience that Trump’s call to Sgt. La David Johnson’s widow was “one of the biggest cock-ups on the planet earth.” Ironically, Hanks’ previous statements were about history and its importance. Would Hanks rank… 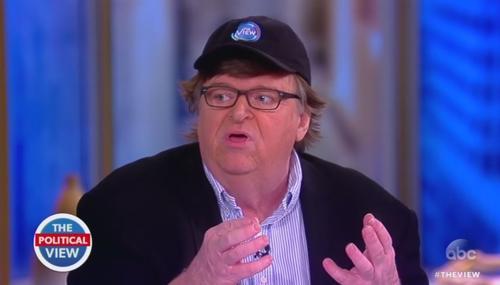 ‘Celebrities On Our Side Are Smart’: Moore Begs Dems Run Oprah in 2020

Kristine Marsh
August 3rd, 2017 2:47 PM
After bashing Trump adviser Stephen Miller as a racist for defending immigration reform, then bashing the state of Missouri for their recently passed “racist” law that protects businesses from unfounded lawsuits, the View crew had still more ill-informed hot takes to give on Thursday’s show. Equally as loony liberal activist Michael Moore was today’s guest, and he fit… 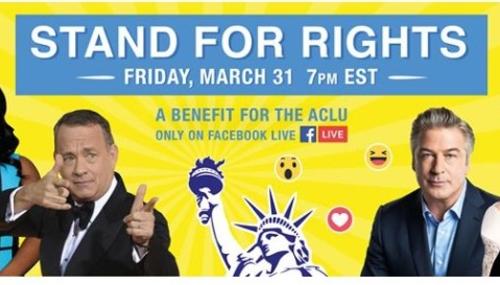 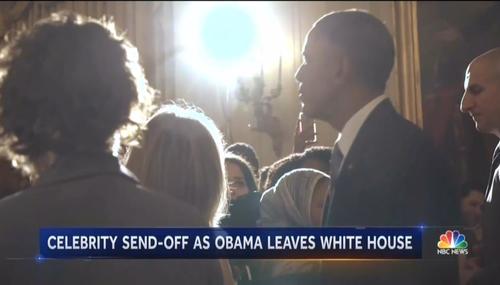