Tom Hanks: ‘Tyrants’ Like Trump ‘Denigrating’ the Media Is ‘A Threat to Us All’ 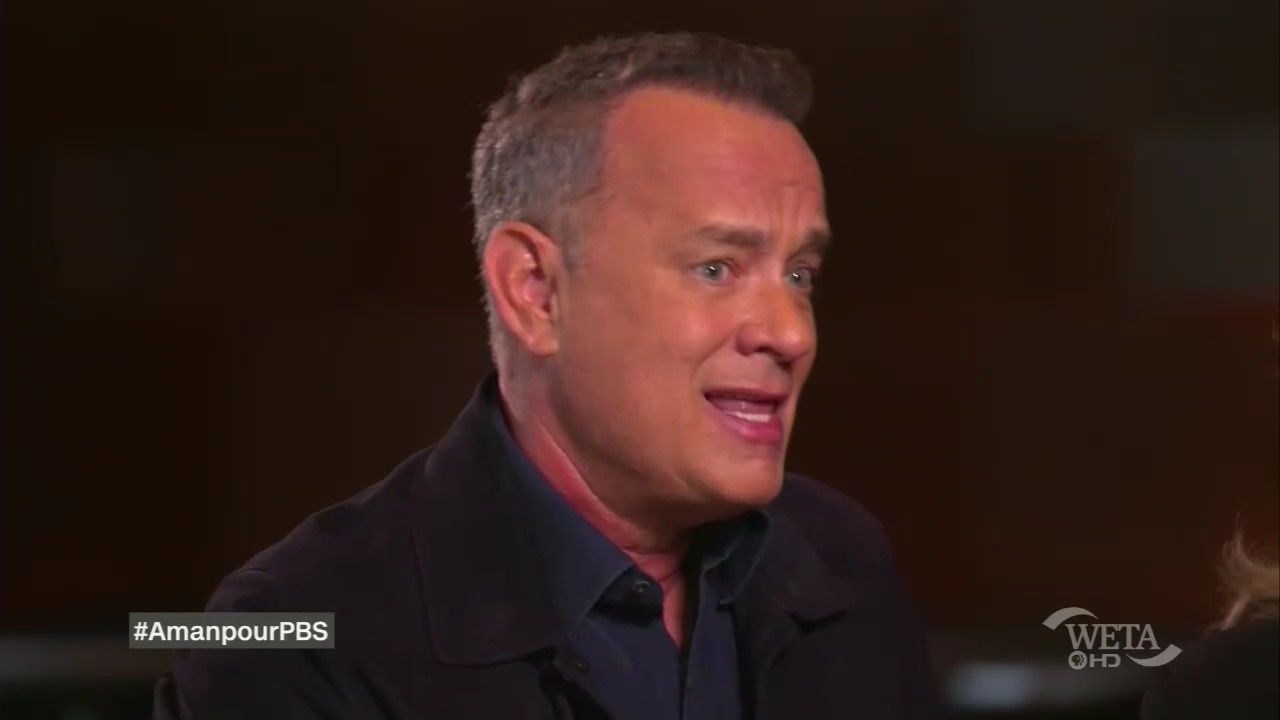 CNN International journalist Christiane Amanpour sat down with Tom Hanks and Meryl Streep, the stars of Steven Spielberg’s new film, The Post, Wednesday, to talk about what else? How their movie was a referendum on President Trump.

On her eponymously named show airing on PBS, Amanpour set the anti-Trump tone for the interview right from the beginning, asking the pair how the movie, “paid homage to” the “triumph of truth” “ in our era of fake news, and alternative facts.”

The liberal journalist went on to praise Streep for her speech at last year’s Golden Globes, where she went on a six minute rant against President Trump and the freedom of the press. Amanpour gushed how Streep had inspired the Hollywood Foreign Press to give a million dollar grant to the Committee to Protect Journalists, (a committee which just this week, called President Trump the greatest press “oppressor” worldwide) before asking, “How important is that do you think for you both?”

Streep responded that the press was “under siege globally” but Trump clearly had inspired the mistreatment of journalists, worldwide:

“We've seen so many journalists jailed and exponentially greater numbers now. Part of that feels like some kind of permission issued tacitly by the United States that says, you know, might makes right. If you want to shut it down, shut it down,” she gushed.

Streep even seemed to blame our government for journalists being killed by their own authoritarian governments, saying right after this, “[W]e've had journalists killed, jailed, famously the woman who brought out the Panama papers, in Malta, the woman cut in her neck in Russia. You know, the bad guys will always want to shut us down.”

Amanpour then asked Hanks directly about how he felt about “the sanctity, the ability of a free and independent press to operate unhindered?”

After going on a spiel about how “facts” and “empirical truths” “can’t be argued with,” he moved on to talk about tyrants, and equated President Trump to one, because he “denigrated” the “journalists who go out and try to determine what the truth is.”

What tyrants do -- I study history and I read it for pleasure. What tyrants have done, back to the point where they were printing clay tablets with hieroglyphics were to manipulate the truth, to denigrate, in this case, let's move it up to-- fast forward, tyrants, number one, want to denigrate people that go out-- the fourth estate. The journalists who go out and try to determine what the truth is. And in the United States of America, by and large, have the -- have the functionality in order to make sure you don't print it until it is confirmed. Tyrant, first of all, want to delegitimize any effort to do that, and say no, no, we have the truth, so you have to believe us.

Hanks predicted Trump’s next step was to put the media out of business, to where we eventually had a state-run press, comparing Trump to the last Communist leader of Romania, Ceausescu.

The next thing they do is try to put those truth tellers out of business, and they do everything they can. In some cultures they take sledge hammers to printing presses and slice the necks of women journalists who go out and get the truth. And the end result is you have a state-run, here's what our king did today, isn't he a wonderful man? And the next thing you know you're living in Romania under Ceausescu.

“And to have any sort of guerrilla war being place against people whose job it is to go out and find the truth is a threat to us all,” the actor warned.

Amanpour wondered if the pair had been invited to a White House screening of the film, and if they had one, would they attend. Hanks felt it would violate his conscience to go, when he so “passionately disagreed” with the current administration. But Streep said she would, only to tell Trump off:

“I think you have to speak truth to power. I would go right up into his face and say what I thought. And he would say what he thought. But you know, I think there is no way we're going to emerge from anything if we don't talk to each other,” she replied.

Hanks added that he hoped Trump did see the film, only so that he could be schooled in the First Amendment:

“I hope he sees it and takes the First Amendment and the lessons from let's say the Nixon Administration to heart,” he stated solemnly.

This may have been the Hollywood duo’s most forcefully anti-Trump interview yet, after a series of interviews promoting the film on just about every network gushed about how “heroic” and “timely” the movie was.