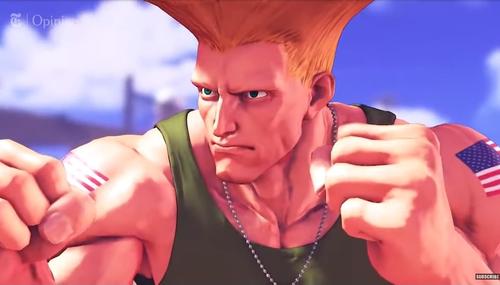 Brent Bozell and Tim Graham
July 4th, 2019 4:34 PM
Liberals are loudly denouncing President Trump for his plans to insert himself into Fourth of July festivities in the nation’s capital, He’s announced he’ll deliver a speech, as if that is unique, and provide tanks for the parade, as if that’s controversial. And so they compare Trump to Kim Jong Un. But then there are others who are using this anniversary to take it in the… 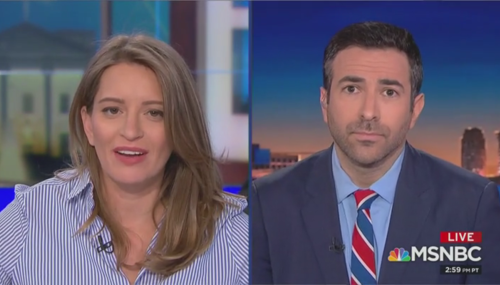 Mark Finkelstein
February 19th, 2019 9:08 AM
If ever there were a famous Virginian, it is George Washington. Born and raised in Virginia, Mount Vernon was of course his historic home. Yet somehow, a confused Tur has claimed that Washington was a "native son of New York." The unbelievable gaffe occurred today on MSNBC, as Tur handed off her MTP Daily hour to Ari Melber and his The Beat. 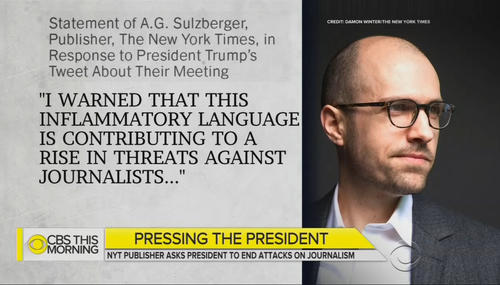 Trump and Sulzberger on Media Bias

Cal Thomas
August 2nd, 2018 5:08 PM
Every president since George Washington has suffered from a critical press. John F. Kennedy canceled all White House subscriptions to the New York Herald Tribune because of coverage he regarded as unfavorable. President Obama, who was almost universally adored by mainstream media, sometimes complained he wasn’t getting all the credit he thought he deserved for his policies; never mind that… 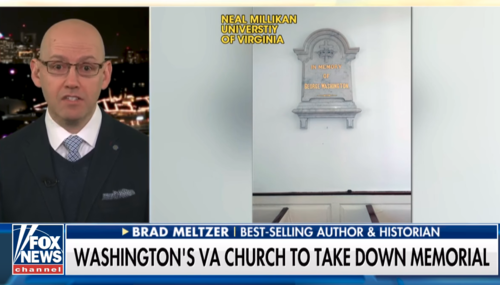 Culture
Corinne Weaver
October 31st, 2017 11:03 AM
What’s more important, preserving our country’s history, or somebody’s feelings? The historic Christ Church, an Episcopalian congregation in Alexandria, Virginia, made the decision to remove plaques memorializing George Washington and Robert E. Lee from their church, even though the plaques had been there since 1870. Fueled by the politically correct trend of wiping our country… 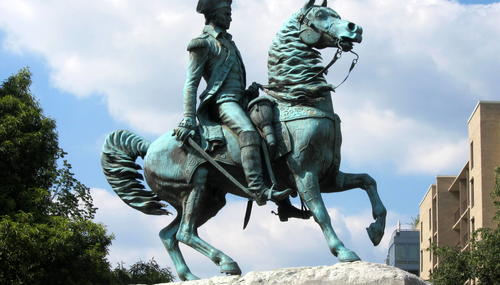 P.J. Gladnick
August 16th, 2017 7:23 PM
President Donald Trump suggested at his August 15 press conference that after you start taking down Robert E. Lee statues that it could lead to the same fate for George Washington or Thomas Jefferson statues because they owned slaves. The response from much of the mainstream media was quick. They utterly mocked the notion that such an outcome could take place. An example of the MSM reaction came… 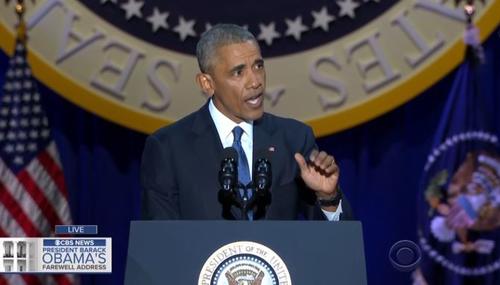 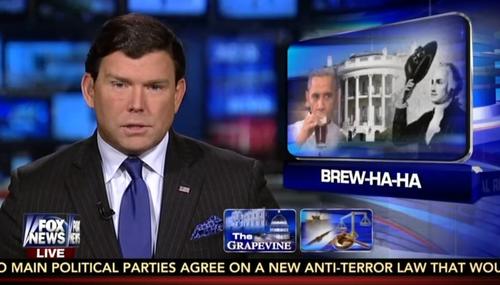 Curtis Houck
February 2nd, 2015 9:19 PM
During a live interview with NBC’s Savannah Guthrie on Sunday, President Obama told her how, at the White House, “[w]e make beer – The first president since George Washington to make some booze in the White House.”  While it may be true that beer was brewed at 1600 Pennsylvania Avenue, the President’s statement about former President George… 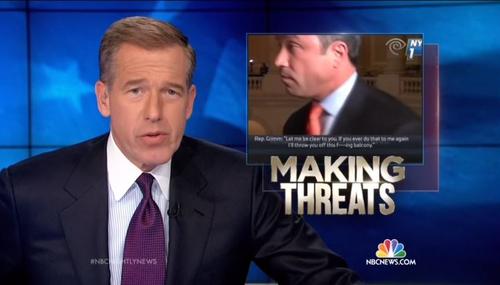 Matthew Balan
January 29th, 2014 7:08 PM
MSNBC airs a bizarre video montage at the beginning of every episode of The Ed Show, but the program was especially outlandish on Monday and Wednesday, depicting President Obama as a series of larger-than-life figures. The liberal network first portrayed the chief executive as Superman standing on top of the White House, and later placed the Democrat's head on George Washington's body…

Chuck Norris
March 5th, 2013 6:40 PM
In the previous two columns, I highlighted the first seven of the top 10 reasons I wish George Washington were still alive: 10) Washington was a role model for many, even as a youth. 9) Washington epitomized courage.

Chuck Norris
February 27th, 2013 6:42 PM
To commemorate Presidents Day and Washington's Birthday, last week I highlighted the first four of the top 10 reasons I wish George Washington were still alive: 10) Washington was a role model for many, even as a youth. 9) Washington epitomized courage.

Chuck Norris
January 2nd, 2013 10:10 AM
When President Barack Obama was re-elected, the winds waned behind many patriots' ships' sails. My wife, Gena, and I felt that sock in the gut for our country and posterity, too. But instead of cowering in defeat, I believe we need to discard conventional (unsuccessful) strategies and advance in new directions. The future of our country is going to hinge not upon the Republican Party…