Lawrence O'Donnell on Tuesday surprisingly exposed how ignorant liberals are of the tax code.

In a sometimes heated discussion with prominent progressives about President Obama's new compromise tax plan, "The Last Word" host aggressively challenged the knowledge of two of his guests (video follows with transcript and commentary):

By Mark Finkelstein | August 1, 2010 8:21 AM EDT
On this weekend's Fox News Watch, panelist Jim Pinkerton proposed a simple way to clear up much of the murk surrounding JournoList.  Let the Washington Post respond to the 20 questions about the matter that MRC head Brent Bozell has posed to the Post's executive editor, Marcus Brauchli, in an open letter.

JournoList was created by lefty blogger Ezra Klein in 2007, who continued to run it after becoming a Post staffer in 2009.

The Daily Caller released a new JournoList scoop today, and this one's a doozy. It confirms that reporters on the liberal media listserv did in fact collaborate with political operatives and campaign officials to spin media coverage in favor of Barack Obama.

The latest piece further debunks JournoList founder Ezra Klein's claims - also taken on by this humble blogger - that the email list did not include campaign or government officials, and was not used to manufacture talking points.

And talking points were a much-discussed issue. "JournoList’s greatest challenge is to make sure an actual win by Obama translates into winning the battle for political impact," Houser stated on one occasion. It doesn't get more explicit than that.

The JournoList scandal is getting worse every day and The Washington Post is at the center of it. Blogger Ezra Klein ran the operation and at least three other staffers were members. (Blogger Greg Sargent claims he wasn't a member after he joined the Post.) In addition, at least one member of Slate and two from Newsweek, also owned by Washingtonpost.Newsweek Interactive, were members.

The almost constant revelations of political activism and journalistic conspiracy raise an enormous number of questions about Post policies, professionalism and ethics. As a conservative, and therefore a member of the movement JournoListers sought to demonize, I feel Post readers are owed full disclosure.

Any understanding of the Society of Professional Journalists Code of Ethics makes clear this list and the Post's involvement violate a number of ethical guidelines. In fact, much of the code seems to have been ignored. Here are just a few examples from the code.

Tucker Carlson's website The Daily Caller has unearthed a treasure trove of liberal journalists talking (nastily) to themselves in a private e-mail list about how they should use their media power to remake the world in their image.

The funniest thing about this expose of “JournoList” was witnessing journalists say it was unfair to leak these e-mails when reporters had an “expectation of privacy.” More than 90,000 pages of secret documents on Afghanistan have been leaked and journalists are tripping over each other in a mad stampede to cover the story. Everyone should laugh heartily at leak-devouring journalists getting a fistful of their own bitter pills.

The saddest thing about all this is the confirmation (as if it were necessary) that liberal journalists really aren't journalists first. They're political strategists. They pretend to be the Hollywood version of Woodward and Bernstein, the brave sleuths digging out government malfeasance and corruption. But in reality they're the Woodward and Bernstein who plotted how to get Richard Nixon impeached and ready the way for pacifist and socialist “Watergate babies” like Chris Dodd and Henry Waxman to take seats of power. Ethics are only relevant if they’re a weapon.

Surprised? Kathleen Parker 'Puckers Up' for Liberals on JournoList Expose 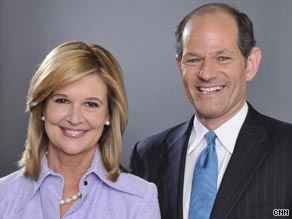 Kathleen Parker's campaign to become the female version of Joe Scarborough -- a pseudo-conservative bowing before liberal media people to get and/or keep a cable talk show -- was noticed by MediaBistro's Fishbowl DC blog in a post titled "WaPo's Parker Puckers Up to Ezra, Post, and Other JournoListers." Betsy Rothstein wrote:

WaPo conservative columnist and soon-to-be right-wing CNN talk show host Kathleen Parker took time over the weekend to kiss up to WaPo liberal blogger Ezra Klein and anyone who believes the contents of the Journolist ought not go public.

As Parker acknowledges in her column, there were "mean quotes" on Rush Limbaugh, Fox News and former Alaska Gov. Sarah Palin on the Journolist, she dismisses their importance. "Scandalous? Sure, if you want it to be," she writes.

She paints D.C. journalism as an atmosphere in which one day you're hunting, and one day, you're hunted. "Do we resign ourselves to the new reality -- that no one is ever to be trusted -- and keep our thoughts to ourselves?" she asks. "The answer implied by the events here described suggests a country in which few of us would want to live."

(Aside: Does the fact that Biden has his own econ adviser explain why what the Vice President says in public about the economy is so often of sync with the rest of the President's peeps?)

Here's another very special name that could (emphasis: could) be added to the (Journo)List: the soon-departing White House Budget Director Peter Orszag.

An Investors Business Daily editorial Friday identified the existence of Orszag's involvement as a given without providing any specifics:

The more details emerge about the liberal media listserv JournoList, the more it resembles the cabal of leftist message-coordination many conservatives feared. Though perhaps not the "vast left-wing media conspiracy" Fred Barnes proclaims, evidence points to concerted efforts to coordinate talking points, and now, to direct links between the Obama White House and JournoList members.

Ironically, those are two elements of the listserv of which creator Ezra Klein explicity claimed JournoList was completely devoid. "Is it an ornate temple where liberals get together to work out "talking points?" Of course not," Klein stated last year. He added, "There are no government or campaign employees on the list."

Both of those assertions are provably false (whether or not they were at the time). The former has been contradicted by a number of instances of JournoList members doing just that: coordinating talking points. The second claim is upended by recent revelations that Jared Bernstein, Vice President Joe Biden's chief economic adviser, and unpaid "surrogate" adviser to the Obama campaign, was a member of JournoList while advising then-candidate Obama on economic issues.

By Lachlan Markay | June 30, 2010 1:09 PM EDT
Andrew Breitbart has found a simple remedy to at least some of the problems that ail contemporary journalism: cold, hard cash. Yesterday he offered $100,000 to anyone who will supply him with the full archive of JournoList, the email listserve that brought down Dave Weigel.

"$100,000 is not a lot to spend on the Holy Grail of media bias when there is a country to save, " Breitbart wrote yesterday. Americans "deserve to know who was colluding against them," he added, "so that in the future they can better understand how the once-objective media has come to be so corrupted and despised."

And there's the rub: Breitbart is attempting to out liberal journalists as just that: liberal. His tactics and his objectives have been dubbed by some on the left as "digital McCarthyism," in the words of Michael Roston, "in which any of us could become the next Dave Weigel based not on the public output of our journalism, but based on our private sentiments." 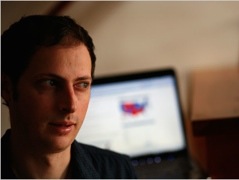 The amateur liberal blogosphere is dead, according to a prominent lefty blogger. Chris Bowers made his proclamation Thursday, on the heels of the New York Times's acquisition of FiveThirtyEight, a prominent liberal polling site run by Nate Silver.

Silver, pictured right, was the latest in a string of moves from the liberal blogosphere to traditional media outlets. The Washington Post has, with much fanfare, beefed up its blogging staff of late, most recently by hiring Dave Weigel to cover the political right.

The trend of professionalization should not be surprising. Traditional media are overwhelming liberal, and new media comprise some of the sharpest journalistic minds the nation has to offer. Traditional media need ways to remain relevant. Why wouldn't they draw talent from the vast pool of bloggers? 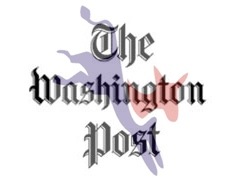 The Washington Post is making the transition from a powerhouse liberal newspaper to a network of powerhouse liberal blogs. While the paper's Old Guard is worried that the move will tarnish the Post's supposed reputation for political neutrality, it should be seen more as a embrace of the agenda the Post has evinced for years.

"Traditionalists," wrote Politico today, "worry that the Post is sacrificing a hard-won brand and hallowed news values." One such "traditionalist," Rem Rieder of the American Journalism Review, said a more openly-liberal approach to reporting, mostly done online in the form of various blogs, would be "a danger to the brand."

To the extent that the Post still pretends to be objective -- and to the extent that its readers believe that claim -- then yes, an opinion blog-centric approach is tarnishing the brand. But for those who acknowledge the Post' consistently liberal approach to the news, the only change is the way that that news is delivered.

Rochelle Riley of the Detroit Free Press recently penned a column so wrought with falsehoods that it is difficult to navigate the ensuing minefield of absurdity.

But navigate we shall...

Riley sets out with a fully sarcastic, yet hearty, thank you to John Boehner, alleging that his fiery speech to the House had contributed to the Democrat's healthcare victory.

"Boehner and many of his supporters - as well as some extremists the party hasn't decided how to handle - faced off against the American people and lost."

It is difficult to comprehend the unmitigated arrogance of liberals as they repeatedly voice that talking point:  The healthcare reform legislation is a victory for the American people.

This simply is not so.  As recently as Sunday, Americans were staunchly opposed to Obamacare by a 54-41% margin according to a Rasmussen poll.  The veracity of their opposition was also overwhelming, with 45% who strongly oppose the plan, and 26% who strongly favor the plan.  If this were an election, we'd be speaking in terms of a landslide.  In reality, it is a landslide defeat for the American people.  For Obama, Pelosi, and their liberal media cohorts to define going against the will of the governed as a victory for the people, is to essentially spit directly into the collective face of this nation.