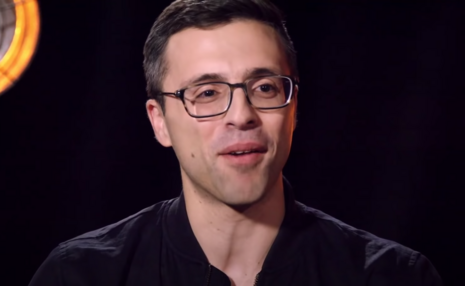 The New York Times has taken eco-nuttiness to a new level by publishing a podcast speculating whether the solution to fighting climate change will include — wait for it —  dimming the sun.

Times opinion columnist Ezra Klein took his new interview podcast of global warming fearmonger Elizabeth Kolbert and turned it into an op-ed. Klein began his piece with a creepy quote from environmentalist Stewart Brand, “‘We are as gods and might as well get good at it.’” He later spewed that one solution he was obsessed with for fighting climate change was “solar geoengineering … Are we really going to dim the sun?” [Emphasis added.]

Klein’s predominant disagreement with Brand was that he was “overly optimistic. We did not get good at [being gods]. We are terrible at it, and the consequences surround us.” In effect, according to Klein, we should consider that we may end up having no other choice than to be “gods” and “dim the sun.”

“Dim[ming] the sun” sounds about as realistic as when climate change extremists were advocating for “melting the arctic ice cap by covering it with black soot” to stave off global cooling in the 1970s. The idea is also just as crazy as when George Soros-funded economist Mariana Mazzucato raised the possibility of a global “climate lockdown” if the world didn’t undergo a “green economic transformation.” 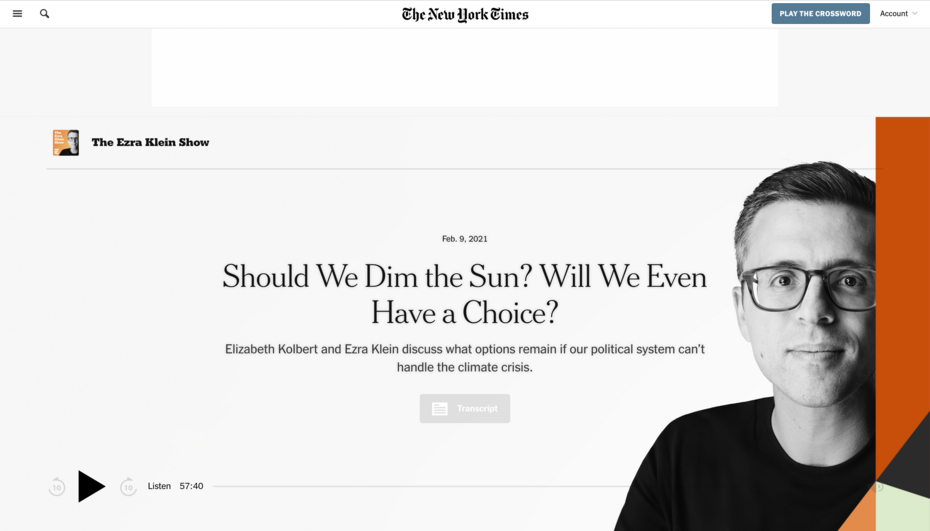 Klein had to quickly defend his position on the possibility of dimming out the thing that makes life possible on Earth by scolding people who only want comfortable solutions:

[A]ny reasonable analysis of the mismatch between our glacial politics and our rapidly warming planet demands that we deny ourselves the luxury of only contemplating the solutions we would prefer. With every subsequent day that our politics fails, the choices that we will need to make in the future become worse.

The transcript of Klein’s interview with Kolbert was just downright scary:

Ezra Klein: You have a wonderful quote in the geoengineering chapter of your book from Andy Parker, who is a project director for the Solar Radiation Management Governance Initiative. He says, ‘We live in a world where deliberately dimming the [expletive] sun might be less risky than not doing it.’ That feels like quite an indictment of the human race and where we’ve gotten ourselves to with all our knowledge and all our power.

Elizabeth Kolbert: I think that does sort of sum things up. We are in this very deep — there are only wrong answers, only hard choices at this point. Nothing easy from here on in.

Ezra Klein: What do you think of geoengineering?

Elizabeth Kolbert: I very consciously avoided coming down very clearly on that. But some very, very smart people are thinking about it and are very worried that it may be our best option at a certain point. And I think they may, unfortunately, be right — but wow, it’s dimming the [expletive] sun, you know?

Conservatives are under attack. Contact The New York Times at 800-698-4637 and demand it distance itself from Klein’s eco-extremist propaganda.