FLASHBACK: Some Journalists Thought the Constitution Is, Like, ‘Old’ and Stuff 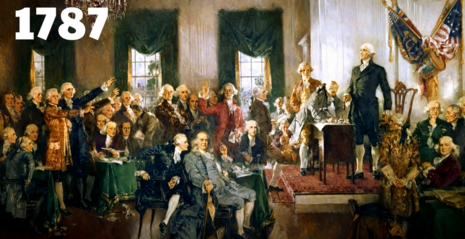 With liberal journalists, the Constitution seems to go in and out of favor. During the Trump era, it was a beacon to hold the President accountable. Will the press speak truth to power with a Democrat in power, using the Constitution as a guide? History isn’t encouraging. It was just nine years ago this week, on February 7, 2012, that the New York Times declared our Constitution annoyingly “old” and out of touch.

The United States Constitution is terse and old, and it guarantees relatively few rights…. The Constitution is out of step with the rest of the world in failing to protect, at least in so many words, a right to travel, the presumption of innocence and entitlement to food, education and health care.

The headline for the piece? “We the People loses Appeal With People Around the World.”

He went on to complain:

The rights guaranteed by the American Constitution are parsimonious by international standards, and they are frozen in amber. As Sanford Levinson wrote in 2006 in “Our Undemocratic Constitution,” “the U.S. Constitution is the most difficult to amend of any constitution currently existing in the world today.”

On December 30, 2010, then-Washington Post columnist Ezra Klein appeared on MSNBC. After playing clips of Republicans claiming they would reject legislation that couldn't be justified constitutionally, Klein complained, "The issue of the Constitution is that the text is confusing because it was written more than 100 years ago and what people believe it says differs from person to person and differs depending on what they want to get done."

The "confusing" Constitution is actually 234 years old. So, technically, Klein is right. That is more than 100.

Klein concluded the segment by suggesting that politicians pledging to closely follow the Constitution simply don't mean it: "...It seems to me that these legal battles almost always break down along partisan lines and have very little to do with any sort of enduring understanding of the document."

So don’t expect much lip service to the Constitution by our alleged truth tellers in the media. Not while a Democrat is president anyway.