Well, they're nothing if not consistent.

When the Obama administration lost a court ruling against its ban on Gulf of Mexico drilling after the BP oil spill, it simply issued another ban. When it lost at the Supreme Court in the Hobby Lobby case, it just issued a new rule which hardly differed from the one the Court nullified. Now, when it becomes clear that the administration won't get the nominee it wants, the strategy is to hire him or her anyway as a "counselor." Ben White at the Politico didn't address substantive objections to this latest tactic until the final four paragraphs of his 22-paragraph report (bolds are mine):

Antonio Weiss pulls out of 3rd-ranking Treasury slot; will instead serve as counselor 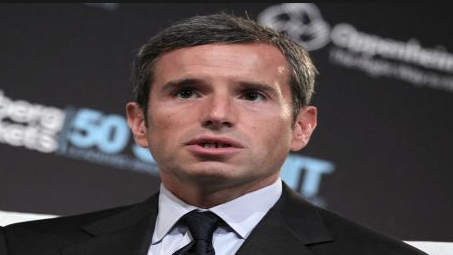 Antonio Weiss, the Wall Street banker who President Barack Obama had picked to be the third-ranking official at the Treasury Department, has asked that the president not resend his nomination to the Senate following a major backlash from progressive Democrats who questioned his ties to the financial industry, POLITICO has learned.

Obama accepted the decision, which Weiss conveyed in a letter to the president over the weekend. But the Lazard banker will still join the administration in the position of counselor to Treasury Secretary Jack Lew, which does not require Senate confirmation.

Obama last year nominated Weiss, a widely admired banker with decades of experience in the industry, to the position of Under Secretary for Domestic Finance. He would have been responsible for helping managing the nation’s $18 trillion debt portfolio as well communicating with Congress over budget and other issues.

But Sen. Elizabeth Warren (D-Mass.), who came out strongly against the nomination, along with some others progressive Democrats, said that Weiss did not have enough regulatory experience and would be too deferential to the finance industry.

... Instead, Weiss has accepted the position advising Lew on domestic and international issues, which “ will allow me to begin serving immediately in support of the Administration’s efforts to foster broad-based economic growth and ensure financial reform that protects consumers and reduces the likelihood of future financial crises,” he wrote.

... The move is likely to be viewed as a big win for progressives as the new year begins. Weiss will be able to play a similar role at Treasury as counselor but will not wield as much clout or authority in the unconfirmed position.

... The immediate reaction to Weiss’ decision split along expected lines.

“It’s really a shame,” said Tony Fratto, partner at Hamilton Place Strategies and a Treasury and White House official under President George W. Bush. “It’s embarrassing for the Obama Administration. Terrible for Treasury — including the eventual under secretary, who will have the preferred nominee in the building. It’s terrible for Weiss, to leave his career behind and not get the job. The things we put nominees through only to be upended by ill-informed, myopic, demagoguery. The White House should have fought for him.”

Financial reform advocates, meanwhile, criticized the administration for taking Weiss on without the airing of information that would come with a confirmation hearing.

“Avoiding the public Senate confirmation process and installing Mr. Weiss in a very senior position at the Treasury Department is unfortunate for the American people,” said Dennis Kelleher, head of pro-reform group Better Markets. “The country would benefit from an open, public debate about the Wall Street-centric view that what is good for Wall Street is really good for America.”

A good question would be whether Obama will even bother to nominate another person. After all, he's got the guy he wanted in the position at Treasury with no additional muss or fuss. Additionally, despite the article's assumption, there would appear to be no reason why Weiss won't "wield as much clout or authority" as he would have if nominated. After all, it's obvious that he's the President's guy, no matter what the org chart says.

Now that he no longer has to answer to voters of any political persuason, the President, in this end-around over fierce progressive objections, seems to have decided to make his "we do what we want, bleep you" style all-inclusive.

Imagine the firestorm which would have commenced if George W. Bush had hired Linda Chavez, who withdrew her nomination for Secretary of Labor in 2001, as a DOL "counselor." Former Clinton adviser and ABC talking head George Stephanopoulos, who made it his unfortunately successful mission to stop her nomination, would have been apoplectic, and the rest of the press would have joined him.

But the smart money on the Weiss situation is that it will barely generate press interest outside of the Politico, which is the informal burial ground for news the rest of the establishment press would rather not cover — unless it's to give progressives a chance for an unearned victory lap.