The straw man argument is a fundamentally dishonest fallback tactic employed by someone whose side is losing a debate: Make up a position the other side has never taken, and then shoot it down.

The leftist fever swamp known as Vox, perhaps reacting to the utter implosion of Rolling Stone's University of Virginia fraternity gang-rape story and the potential impact it might have on keeping universities from imposing due process-denying regimes on campus, has produced a graphic employing that tactic against the apparent hordes of Americans who think that rape "isn't a real issue in America" (HT Twitchy):

The federal government estimates that, every year, 1.6 percent of American women are raped.

That number can feel small; it is, after all, a tiny fraction of the population. But when you put it human terms, as we do in the graphic below, it is astonishingly, overwhelming large. 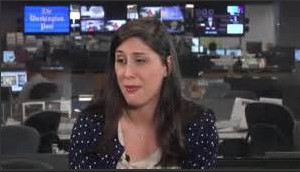 The post follows with a graphic that's about 300 inches tall to emphasize its non-point.

The federal government estimate cited is suspect, but we'll leave it be for the purposes of this post. That's because the entire premise of the Vox post is bogus.

Could Sarah Kliff and Josh Fong please find us a significant group of people who don't think rape is "a real issue in America"? Not even a "serious" or "important" issue; the pair claims that there are people who believe it's not an issue at all, i.e. it isn't "real."

Wait a minute. Perhaps Kliff and Fong are referring to Lena Dunham.

If the leftist darling of HBO's "Girls" genuinely took rape seriously, she would not have from all appearances fabricated a story about being raped when she was a student at Oberlin College in Ohio by some "Republican" (of course) known at the "resident campus conservative" (natch) named "Barry." Breitbart's John Nolte has been unable to locate "Barry," whose name Dunham did not identify as a pseudonym.

Nolte notes that Dunham identified "Barry" as, among other things, having a flamboyant mustache, working at the campus library, hosting a radio talk show host of a specifically named program, and wearing "purple cowboy boots."

As Nolte wrote, that person simply did not exist at the time Dunham claims to have been raped:

... no amount of digging could verify even a single detail of Dunham's rape claim.

... Breitbart News could find no record or evidence of any Republican named Barry at Oberlin College. Nor could we find any Republican who matched Dunham's vivid description of her rapist.

... For hours, over two days, using Oberlin's physical and online archives, Breitbart News searched every detail of Dunham's story looking for a thread that would lead to her rapist.

... Lena Dunham might have been raped at Oberlin College, but the "Barry" she describes in her memoir is a ghost.

If anything is going to be reduce rape's importance, it's people like Lena Dunham abusing their fame by making up stories about it, thereby casting doubt on the veracity of real victims' accounts of their trauma.

Sarah Kliff, who once wrote, but not particularly well, on significant public policy issues at the Washington Post, should be particularly embarrassed to be associated with this Vox crock.