King contended that if Starbucks is "really serious about eliminating racism," it will "stop funding" Planned Parenthood. Asked if his company would do that, Johnson said that he's "not aware that ... we do fund Planned Parenthood," and didn't answer Bartiromo's question.

Johnson is apparently also "not aware" of Planned Parenthood's two-decade pattern of enabling child abuse and child trafficking exposed by LiveAction.org the day before his interview.

Alveda King has also co-signed a letter calling on Starbucks to stop donating to Planned Parenthood:

Johnson, if he believed funding Planned Parenthood is or would be inappropriate, could easily have said, "If we do, I'll make sure we stop." But he didn't.

Instead, he dodged (check out the transcript below):

KEVIN JOHNSON: Well I am not aware that we, we do fund Planned Parenthood. So I haven’t red op-ed and I can’t comment on that. 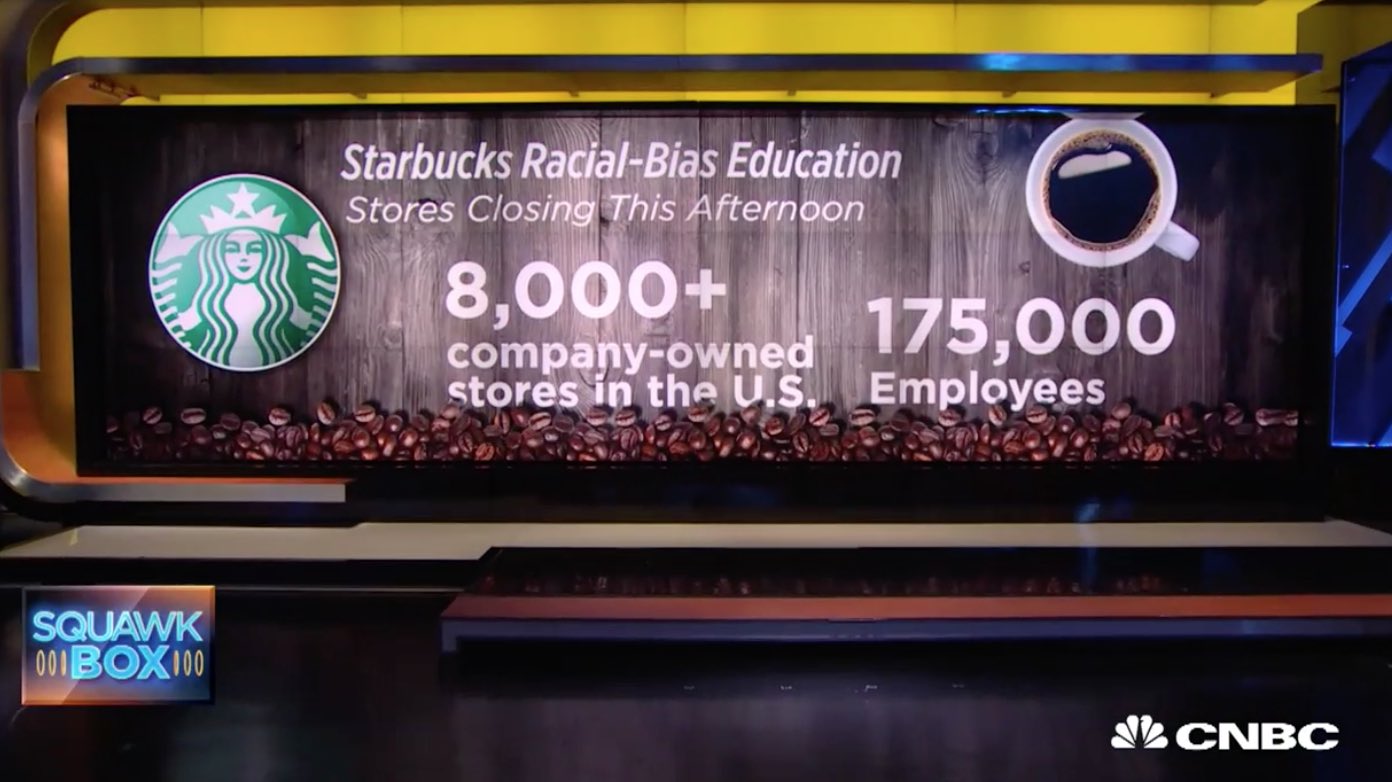 JOHNSON: But I am not aware that we do that.

BARTIROMO: Well, Alveda King says "Starbucks had racism in its corporate identity long before the April arrest. Through its corporate donations, it contributes to one of the most racist organizations in our nation’s history Planned Parenthood, the largest signing provider of abortions in the United States." And again, this is from Alveda King in the Washington Examiner.

JOHNSON: Well, I am not aware of it. What I do — am aware of and do believe is that we want to create a great customer experience for every customer that visits our stores.

Bartiromo should have asked: "Well, if you find out that Starbucks is funding Planned Parenthood, will you end it?" She let him off the hook.

Starbucks' support of Planned Parenthood is an established fact:

(It) matches gifts to Planned Parenthood.

Tying into Starbucks' intent to eliminate racism, it's also a fact that unborn African-American babies killed in the womb make up a shockingly disproportionate percentage of all abortions.

An additional reason why Starbucks and every other corporation in America should reject Planned Parenthood — even if they maintain their morally indefensible support for abortion — emerged on Tuesday. That's when Lila Rose's LiveAction.org published its first video and released a 26-page report exposing Planned Parenthood's two-decade nationwide pattern of covering up child abuse:

... Live Action presents a seven-part docuseries and an investigative report documenting the systemic cover-up of child sexual abuse at America’s biggest abortion chain, Planned Parenthood. Planned Parenthood, required by law to report suspected abuse, has ignored victims’ pleas for help, performed abortions on victims as young as 12 years old, and returned them back to their abusers. Planned Parenthood’s negligence is enabling abuse and aiding abusers.

Live Action could only report documented legal and court actions, more than likely representing a small percentage of all criminal activity Planned Parenthood has enabled.

Planned Parenthood's now-clearly established two-decade pattern of giving cover to rapists and sex traffickers makes Starbucks and others in Corporate America whose contributions partially support the group financial accomplices in those heinous acts.

In his next interview, Kevin Johnson should be asked how Starbucks' support of Planned Parenthood is consistent with its corporate mission "To inspire and nurture the human spirit – one person, one cup and one neighborhood at a time."