The most recent example demonstrating how deeply in the tank the Old Gray Lady has gone is Stephen Holden's Thursday film review published in Friday's print edition. Holden's praise comes from an alternative universe where genuine "truth" clearly doesn't matter, and uses a tortured analogy which in reality disproves his attempt at making a point (bolds are mine throughout this post): 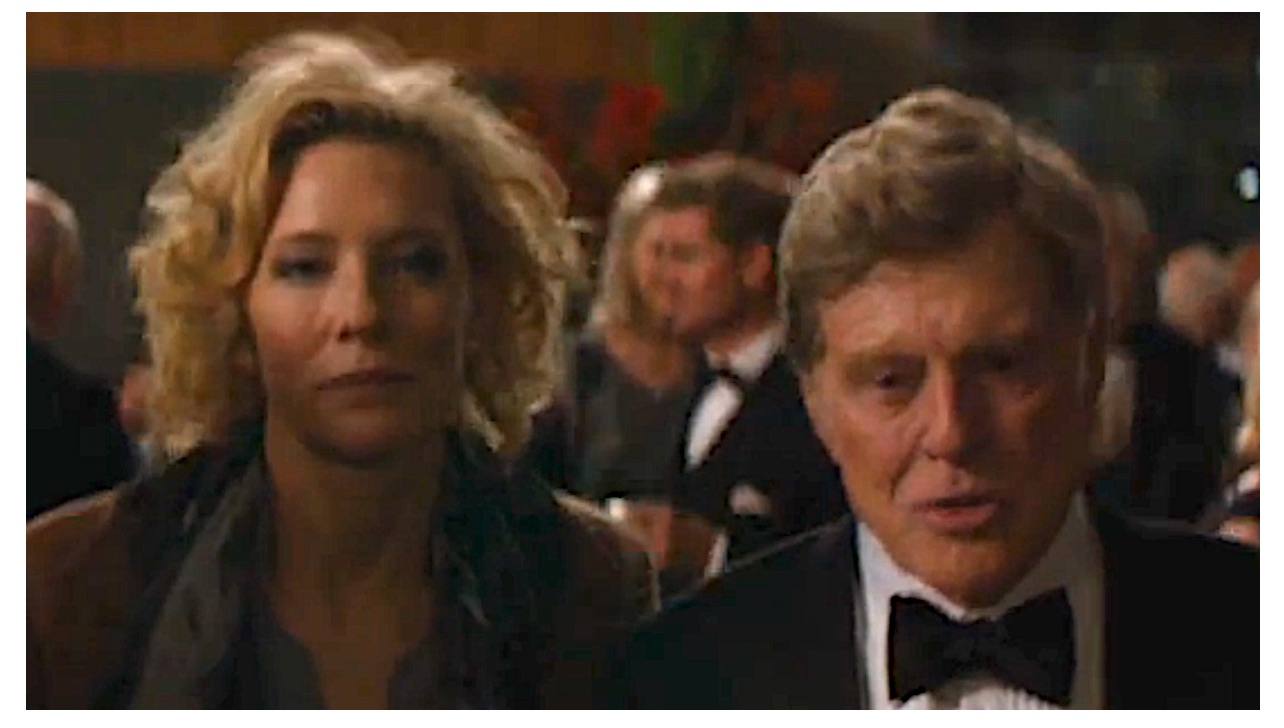 The title of “Truth,” a gripping, beautifully executed journalistic thriller about the events that ended Dan Rather’s career as a CBS anchorman, should probably be appended with a question mark. More than most docudramas about fairly recent events, it is so well written and acted that it conveys a convincing illusion of veracity.

In the real world, someone who "conveys a convincing illusion of veracity" in a nonfiction work would be condemned. But this is the alternative universe of the New York Times, where such an effort is praised.

Now let's get to that analogy:

Just as there are conspiracy theorists who will never be satisfied with the Warren Commission report on the Kennedy assassination, there are some who passionately believe that Mr. Rather and his producer Mary Mapes (Cate Blanchett) conspired to tarnish George W. Bush’s reputation.

The analogy is a joke.

The Warren Commission report may have alleged holes and have left some questions open. The Thornburgh-Boccardi report which resulted from CBS News's internal investigation has no holes, and leaves only one open question: Was the report merely breathtakingly incompetent, or agenda-driven?

As John Hinderaker and Scott Johnson have noted at the Weekly Standard, the Thornburgh-Boccardi report was issued before Mapes's Truth and Duty, her fairy tale disguised as a book, was published.

There is now no reasonable doubt that Mapes and Rather intended to tarnish Bush's reputation, and that, since many people were involved in the 60 Minutes segment's preparation, their effort constituted a conspiracy as the dictionary defines it:

Holden's delusional review follows a Times video interview of Cate Blanchett and Robert Redford, the film's clearly agenda-driven lead actors, posted on October 8. Blanchett indicated that she was interested in getting the part because of its alleged international significance, because "it really is about ... that crucible of politics and corporate Western cultures." Redford said that "The idea of playing a role in a project that would open things up and give them their day in court, which I thought they well deserved, was very appealing to me."

Holden's piece also comes a day after a "hard-news" Times article by John Koblin, which is so awful that it deserves its own post.

There are two reasons for the Times's unrestrained cheerleading.

The first is that the paper embarrassed itself for decades to come in how it handled the 60 Minutes report, as the Media Research Center's Clay Waters, who at the time was in charge of the MRC's Times Watch effort, explained in July 2008. In the process, he caught the Times lying about its promotion of the 60 Minutes story:

Daniel Okrent, ombudsman for The New York Times, even boasted on Dec. 7 (2004) about his newspaper's decision not to publish an original story about the National Guard documents, even though the Times apparently had also come into possession of the papers.

"The Times was onto that story as well," Okrent told MSNBC "Hardball" host Chris Matthews. However, he explained, the newspaper did not publish a report "because they weren't confident in the documents."

Actually, the Times did publish a front page article about the documents, but on the morning after the CBS story aired and with full attribution to "60 Minutes."

"The documents, obtained by the '60 Minutes' program at CBS News from the personal files of the late Lt. Col. Jerry B. Killian, Mr. Bush's squadron commander in Texas, suggest that Lieutenant Bush did not meet his performance standards and received favorable treatment," the New York Times article, written by Katharine Q. Seelye and Ralph Blumenthal, stated on the morning of Sept. 9.

"What I found most disappointing was that they did the cover story the day after the 60 Minutes thing," said Clay Waters ...

The CBS segment, Waters added, provided the Times with "cover."

"Well, it's news now since '60 Minutes' ran it. We have no choice," Waters said, speculating about how the Times decided it could publish its Sept. 9 article.

However, Waters added that "when the bloggers got into it and started tearing the story apart, they ran the follow-ups not on the front page but on the back pages."

In other words, the Times front-paged the original story because it was too obviously useful to check. Then, when the story imploded, it furiously tried to minimize its significance.

The Old Gray Lady has never admitted to the falsehood of the Rather-Mapes fable. On September 15, 2004, leaning on the 30 years-on memory of a military secretary, it would only concede that the obviously forged documents were "fake but accurate."

The second reason for the Times's obvious investment in the untruth known as Truth is that the center-right blogosphere, flexing its investigatory muscles, completely debunked an important establishment press report intended to affect the outcome of a presidential election, one which in the media's fevered minds went the wrong way. They seethe at the idea that someone is looking over their hallowed shoulders. They still haven't gotten used to it, and never intend to get used to it. They yearn for the day that a left-dominated Federal Communications Commission will cut New Media off at the knees.