You wouldn't know it from reading the national coverage by the Associated Press or stories at the Los Angeles Times, but California Governor Jerry Brown and his fellow far-left Democratic Party environmentalists suffered significant setbacks last week.

The Times editorial board accused "a new crop of moderate Democratic legislators" of succumbing to "oil industry propaganda." What really happened is that enough Democrats to make a difference looked at the impact of Brown's pet pieces of legislation on the state's economy and job market and said, "No mas."

The coverage at the AP and Times was so bad that one had to work far harder than necessary to figure out what Brown and his enviro zealots were trying to do. Fortunately, a Friday evening Wall Street Journal editorial (note: not a news article) succinctly summarized most of what had happened (bolds are mine throughout this post): 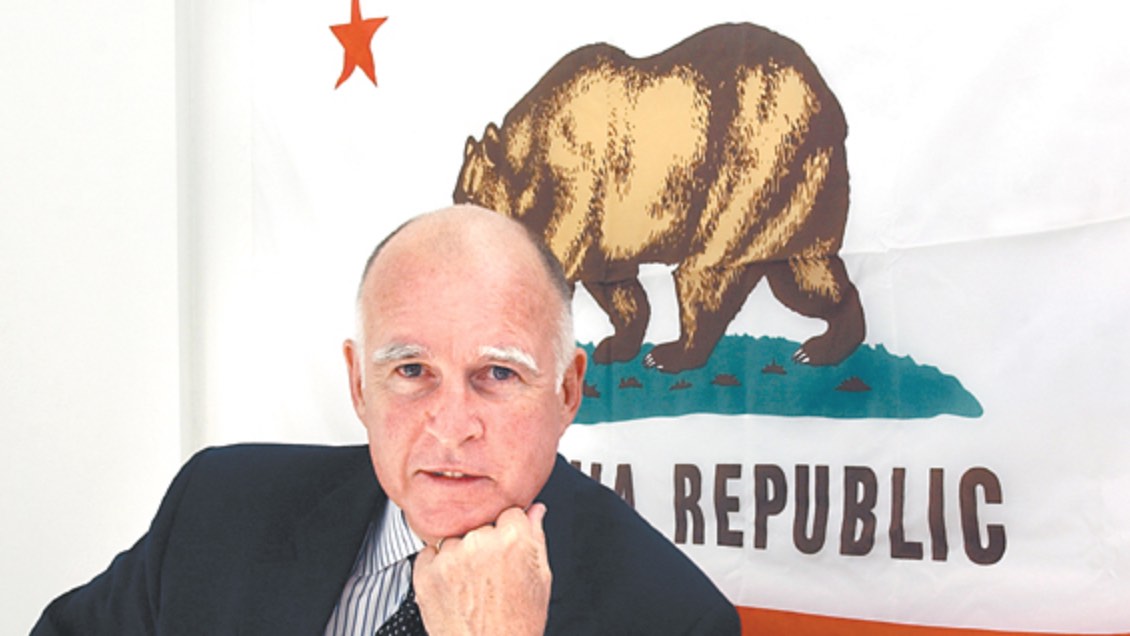 ... (Brown's) party has mutinied. Democrats hold near supermajorities in both legislative chambers with 52 of 80 seats in the Assembly. Yet this week 21 Democratic Assembly members representing middle- and low-income communities—including 11 blacks and Latinos—joined Republicans to kill a bill mandating a cut in state greenhouse gas emissions to 80% below 1990 levels by 2050.

Democrats also forced Mr. Brown to scrap a measure that would have given the California Air Resources Board plenary authority to reduce statewide oil consumption in vehicles by half by 2030. Imagine the EPA without the accountability.

Actually, a lot of people don't have to imagine the federal government's EPA without accountability, because that's frequently how it has operated during the Obama era. But I digress.

The Journal's only oversight was that it should have more fully described the greenhouse gas (GHG) target, which actually had two steps: 40 percent below 1990 levels by 2030 and 80 percent by 2050.

The bigger and more general oversight is that no one seem in the press seems to have bothered to determine, or at least to report, how much of a reduction "40 percent below 1990" would be compared to the current emissions level. Of course, it's more than 40 percent. My research indicates that's it's about 44 percent below 2013.

The California EPA's Air Resources Board reported that 2013 GHGs amounted to 459.3 MMTCO2e (One Million Metric Tons of Carbon Dioxide-Equivalent). That's about 7 percent below the 2004 peak.  I suspect that much of this "accomplishment" has more to do with chasing industry out of the state than it does with efficient energy use.

Obviously, Brown doesn't agree with that contention. the Journal noted that the Governor went to the left's go-to threat when he didn't get his way:

After this week’s defeat, Mr. Brown vowed to use regulation to end-run the legislature. “We don’t have a declaration in statute, but we have absolutely the same authority,” he declared. President Obama has taught him well. “We’re going forward. The only thing different is my zeal has been intensified to a maximum degree.” Vengeance is his, and the Governor will make hard-up Californians pay for their sins of emission.

The three primary new articles covering the legislation's progress at the Times had the following headlines:

The stories never once used any variation of the following words: "economy," "jobs," "employment." They also failed to recognized the existence of  opposition Democrats' economic concerns. The first and second articles listed above only vaguely referred to "resistance from some Democrats."

The editorial board at the Times, whose web site minders have infamously refused to post the comments of anyone who doubts the existence of "climate change," is visibly upset, as seen in their early Friday editorial:

Why is the Legislature backsliding on climate change?

Could legislators in Sacramento possibly have fallen for the oil industry propaganda that cutting oil consumption would lead to gas rationing and a ban on SUVs? Are they so ignorant that they believe that an ongoing commitment to battling climate change is bad for California?

... now a new crop of moderate Democratic legislators has joined them to strip all mention of gasoline and other fuel oils from one climate change bill, SB 350. Meanwhile, another important climate bill, SB 32, appears to have lost steam.

... California needs the kind of courageous Legislature that passed AB 32 and showed the rest of the nation how to respond to the world's greatest environmental threat.

The editorial board also failed to mention any form of "economy," "jobs," or "employment." And for what it's worth, the odds are overwhelming that the only ways to cut gas use by as much as targeted are to raise prices sky-high or resort to rationing — hitting low- and middle-income Californians hardest.

Contrary to what the Times editorial board claims, what happened during the past week represented a refreshing and long-overdue whiff of sanity. May it continue, despite their steadfast refusal to report on it.