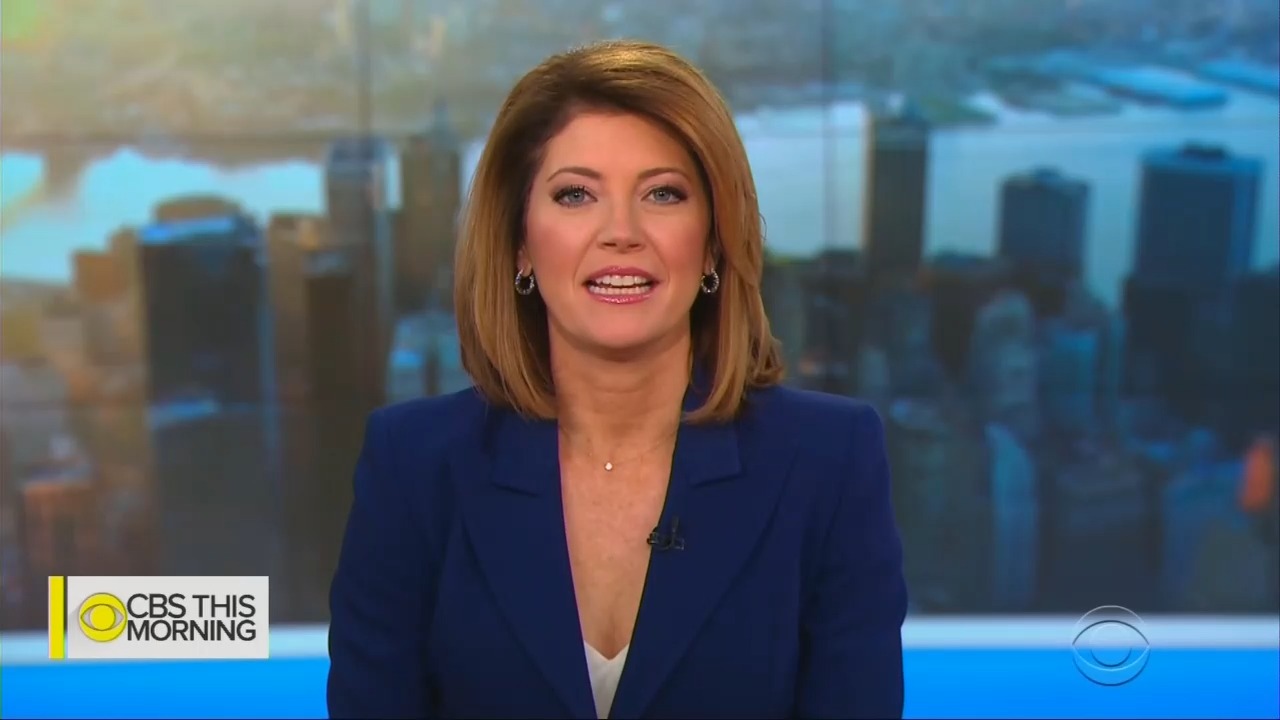 It became official on Monday as Norah O’Donnell has been announced the new anchor and managing editor of the CBS Evening News. Discussing it on CBS This Morning,  a clearly excited O’Donnell enthused, “This is a great moment... It’s the moment we've all been waiting for.” Fellow This Morning co-host Gayle King clearly saw the decision to dump current Evening News anchor Jeff Glor as one about ratings. She bluntly stated, “This is a business about ratings. When ratings don't work, they're making changes.”

King opened the show by touting how O’Donnell will “also serve as the anchor’s lead anchor for political coverage, reporting on primaries and election nights across the country and... continue her role as contributing correspondent on 60 Minutes.” In all of her current positions, O’Donnell has shown a solid liberal slant, something that the network appears to desperately want in an anchor.

She connected Donald Trump to the Pittsburgh synagogue shooter, labeled Mike Pence “Elf on the Shelf” and asked former Senator Jeff Flake if the President should be removed from office. O’Donnell also admitted to throwing far-left Senator Elizabeth Warren a “softball” question.

In a weird moment in 2017, the now-disgraced Charlie Rose, accused of sexually harassing eight women, offered to spank his CBS This Morning co-host O'Donnell on-air.

For a snapshot of her bias, see examples below:

“I wondered if you got any sort of opportunity to challenge the President on some of the rhetoric that he's used, specifically using the word ‘invader,’ which is also a word that the Pittsburgh shooter used.”

Mike Pence = ‘Elf on the Shelf’

Co-host Gayle King: “I don’t know how that public conversation was good for anybody to see on either side. I felt very uncomfortable watching it.”

O’Donnell: “Someone said that he looked like the Elf on the Shelf sitting there.”

Should ‘Dangerous’ Trump Be ‘Removed From Office?’

“If he [Trump] is dangerous to democracy, as you say, should he be removed from office?”
— Co-host Norah O’Donnell question to Sen. Jeff Flake on CBS This Morning, October 25, 2017.

O’Donnell: “You serve in the U.S. Senate. Democrats are in control. The Republicans need six seats. On average, since World War II the opposing party of the President has won about six seats. What’s going to happen if Republicans take control?”

Senator Elizabeth Warren (D-MA): “Oh, it’s going to be ugly out there if the Republicans take control.”

O’Donnell: “I guess that was a softball of a question, wasn’t it?”

Warren: “How many ways can we talk about this?”