Iran-Friendly Networks Ignore New Round of Anti-Government Protests There 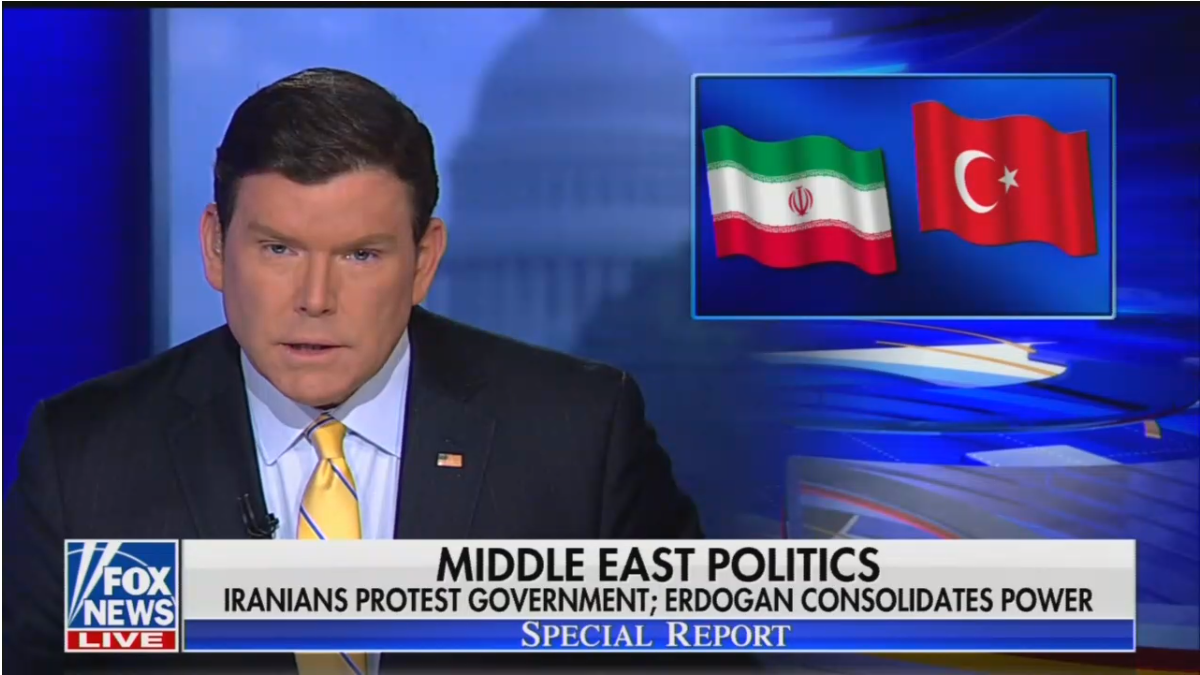 Iranian civilians rose up in protest against their government on Monday, as the country’s economic situation continued to deteriorate in the wake of the United States pulling out of the nuclear agreement with a promise to reinstitute sanctions. The protests were the second major uprising this year and, despite that fact, the Iran-friendly broadcast networks (ABC, CBS, and NBC) failed to mention it during their evening newscasts. It may also have something to do with the protestors allegedly chanting “death to Palestine.” Just a hunch.

Instead of reporting on these protests, as they’ve done with others, the networks chose to focus on more frivolous things. Both ABC’s World News Tonight and CBS Evening News went gaga for former President Bill Clinton visiting former President George H.W. Bush, who was wearing Clinton socks. Meanwhile, on NBC Nightly News, they fretted about recycled material having nowhere to go.

“There is new unrest in Iran tonight. Police used tear gas on protesters in front of the parliament building today. Iranians are upset over the cratering economy there,” announced Fox News Channel anchor Bret Baier during Special Report (in doing what the networks refused to do).

“The prices for consumer goods have risen dramatically recently and Iranian currency, the rial, has plunged to new lows as U.S. sanctions are set to be reintroduced,” Powell added. “Security forces used tear gas to disperse the crowds before marching towards the Iranian parliament, demanding the regime fix the economy.”

When the last round of major protests kicked off at the start of the new year, all of the networks ignored them before eventually finding them and giving them some airtime. And when the Iranian government started killing protestors, ABC skipped it while CBS and NBC downplayed the murders.

ABC and NBC were the same networks that recently insisted the U.S. and Israel were responsible for destabilizing the Middle East despite Iran launching missiles into Israel. Despite how Iran oppresses its own people, CBS recently suggested the average Iranian felt like “hostages” of the Trump White House.

One of the reasons the networks were possibly keeping their distance from the Iranian protests could have something to do with the protestors allegedly chanting “death to Palestine,” another favorite of the liberal media.

“Iranian civilian protestors, in a surprising turn of events in the country, are taking to the streets to express opposition to the hardline ruling regime by chanting, ‘Death to Palestine’ and ‘Leave Syria, think of us,’” reported the Washington Free Beacon. “Protestors could be hard [sic] chanting in Farsi, "Death to Palestine" in apparent reference to the Iranian ruling regime's efforts to fund the terror-tied Hamas government in the Gaza Strip and foment terrorism against Israel.”

During recent conflicts on the Israel-Gaza border, the networks mourned the deaths of 50 Hamas terrorists. They subsequently ignored a barrage of missiles fired at Israeli civilians.