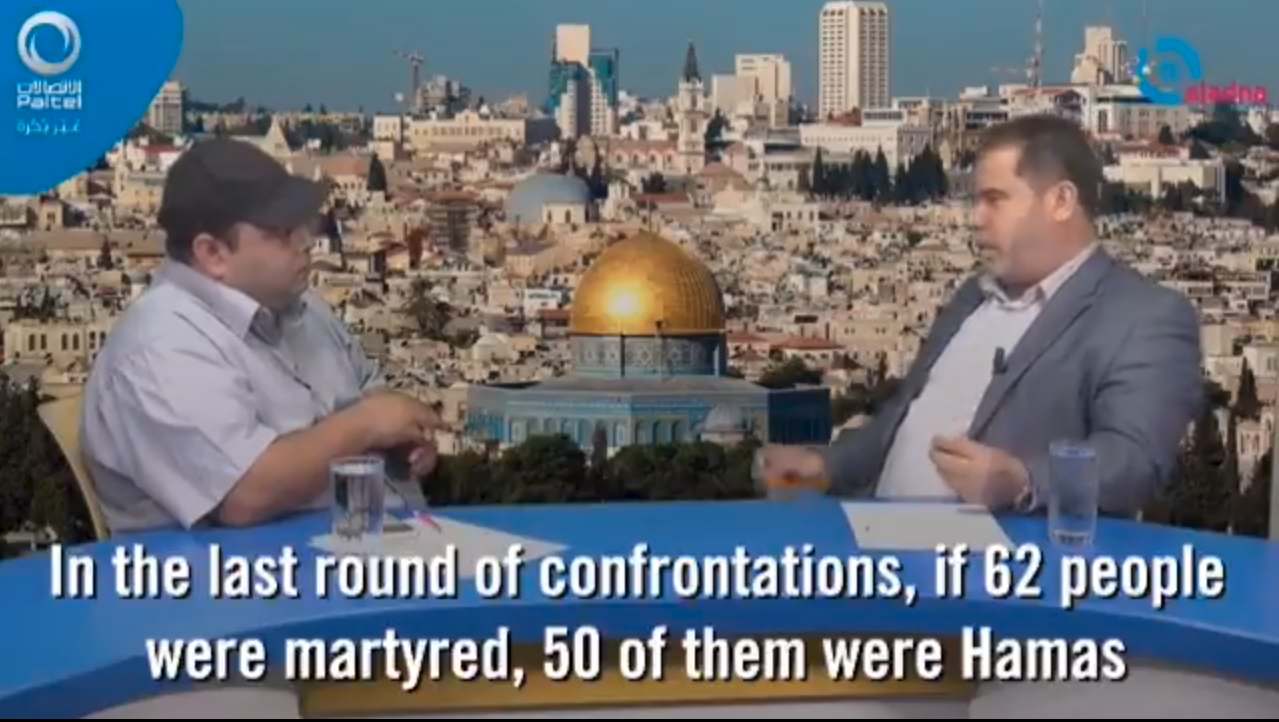 After spending the first two days of this week painting the Jewish state of Israel as cold-blooded killers for defending their border from violent assaulters content with killing them, the evening broadcasts of the liberal major network news outlets (ABC, CBS, and NBC) finally moved on from the topic Wednesday. But the timing was suspect since earlier in the day, Hamas official Salah Bardawil boasted about how 50 of the 62 people killed were members of the terrorist organization.

“A Hamas official on Wednesday acknowledged that 50 of the 62 Palestinians reported killed during Gaza border riots on Monday and Tuesday were members of the Islamist terrorist group, bringing the total number of known members of terror groups among the fatalities up to 53,” reported The Times of Israel Wednesday.

In an interview with Palestinian Baladna, a news outlet there, Bardawil gave the “official” tally. “In the last rounds of confrontations, if 62 people were martyred, Fifty of the martyrs were Hamas and 12 from the people,” he said. “I am giving you an official figure. 50 of the martyrs in the recent battle were from Hamas.” The video tweet below by Israeli Defence Force spokesman Lt. Col. Jonathan Conricus shows Bardawil's comments.

The Times also noted that “the Iran-backed Palestinian Islamic Jihad had said on Tuesday that three members of its Saraya al-Quds military wing were killed by Israeli forces in Khan Younis.”

This admission by the Hamas official came after the three American networks spent their morning and evening shows mourning for the dead and claiming they were all just “peaceful” protesters. “In Gaza, two protesters were killed today, but it was more a day of grieving for the 60 killed here yesterday. A baby suffocated by tear gas laid to rest,” ABC chief foreign correspondent Terry Moran said on Tuesday.

Senior Hamas official sets the record straight on who was killed in last Hamas-orchestrated riots: "50 of the 62 martyrs were Hamas". Take his word for it. This was no peaceful protest. pic.twitter.com/oop2y3oWrB

In fact, many of the foreign correspondents actually scoffed at the idea that any of the rioters were being violent at all. “Israel accused others of throwing grenades and pipe bombs and released this video it says shows Palestinians attempting to breach the border fence. Israel claims at least 24 of those it killed were terrorists,” huffed CBS foreign correspondent Holly Williams skeptically. “The U.S., like Israel, blames the violence on Hamas, the militant group that controls the Gaza Strip.”

Most of the liberal media, including the three networks, breathlessly parroted the unverifiable death and injury totals provided by the Palestinian Authority without mentioning the fact they’re infamous for forging such statistics. “Israel has not put out its own official death toll, but officials have questioned the accuracy of the Hamas-provided figure,” The Times acknowledged.

A grade-A example of Hamas’ diabolical intrigue is in the child supposedly killed by tear gas whom Moran harped on. According to The Times’ reporting: “In one case, a Gazan doctor told the Associated Press that an 8-month-old baby, who the Gaza ministry said died after inhaling Israeli tear gas on Monday, had a preexisting medical condition and that he did not believe her death was caused by tear gas.” That’s not to mention Moran never seemed to question why someone would bring a baby to a literal war zone.

And the networks’ continued suggestion that the “peaceful protesters” were armed with little more than slingshots was also proved horrendously false because eight were killed in a “gun battle.” “Among the dead, the IDF said on Tuesday, were [sic] all eight members of a cell of armed Hamas operatives who were killed in a gun battle as they sought to breach the fence in the northern Gaza Strip.”