On Friday, Sally Kohn took to The Daily Beast to argue that we should all be heartened by the fact that  “The Religious Fundamentalists Are Losing.” In making her case, Kohn compared Christian ‘hardliners’ – you social conservative ones who are pro-life and pro-traditional marriage – with DAESH, or ISIS as many in the West know it:

“So how is it that in the face of declining religiosity, we nonetheless find ourselves swept up in almost unprecedented magnitudes of religious struggle—from the brutality of Daesh (as ISIS hates being called) in Paris and throughout the Middle East, or the far less extreme yet still perpetual hostility of Christian fundamentalists toward the gay, lesbian, bisexual and transgender community?”

“How is it that as humanity as a whole seems to be evolving to be more inclusive and less dogmatic in general, certain religious strains are doubling in their extremism?  It’s possible to conceive of kernels of extremism as intrinsic within particular faith traditions. But it’s also possible to understand the current rise of extremism as a reactionary backlash against the overall liberalization of faith.”

“The three major Abrahamic religions—Judaism, Christianity, and Islam—all have groups that espouse some type of eschatology, or belief about the end of time,” says Valerie C. Cooper, Associate Professor of Black Church Studies at the Duke Divinity School. “Among these groups, eschatological fears that the end times are near may be stoked by perceptions that the group is being persecuted.”

That sense of persecution can come from the fact of declining religiosity.  Or, say, a war being launched against an entire religion—whether it’s the supposed “War on Christmas” or a kind of “War on Islam” that some on the far-right call for. 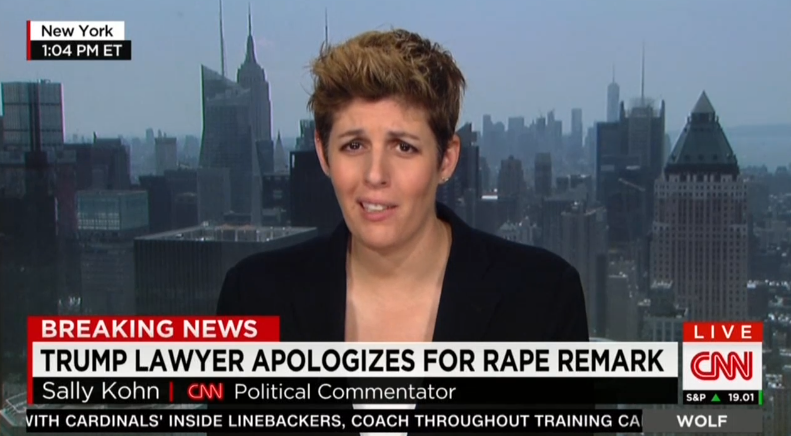 In this context, it’s reasonable to interpret any surge in fundamentalism within a given denomination as a reactionary backlash to the overall trend of liberalization. In Islam, for instance, “Many believers continue to believe in God but not in the place of worship,” says De Sondy.  “Even if they don’t go and tender a resignation letter, they attend the Mosque and listen but at some level have checked out and do something different outside.”

In Kohn’s mind, Islam and Christianity are almost interchangeable in some respects, even if their theological dogmas are different, the attitude of this article suggests that Kohn views Christian fundamentalists and ISIS as acting in a similar manner to a similarly perceived problem: liberals. One need only read her conclusion to Kohn's attitude:

And so, unable to propagate their narrow view through ideological cohesion alone, dogma resorts to force—in mild forms like pro-discrimination laws against LGBT people pushed by Christian extremists in the United States, or murderous forms like the brutality of Daesh, which is disproportionately used to punish other “unfaithful” Muslims.

In fact, like other fundamentalist religious groups in this era, Daesh is overreacting to a shifting global climate in which its ideas are increasingly marginalized.  The trick to defeating Deash it to see for what it is—a desperate backlash by a declining ideology.