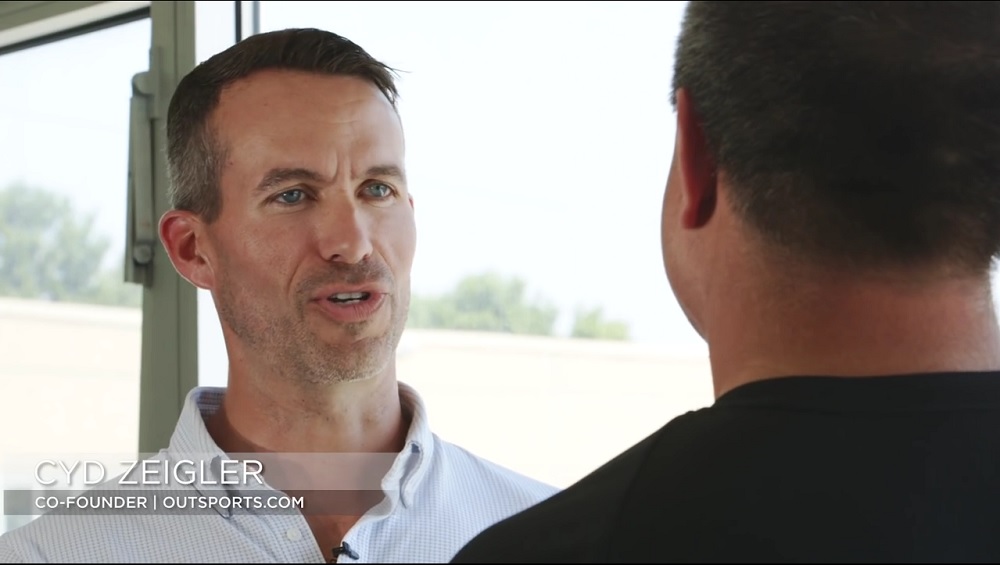 Cyd Zeigler hit the NCAA from the left in a Tuesday post on Outsports, a LGBT blog on Vox's SB Nation site, for not going far enough in their move to take NCAA playoff games in several sports out of North Carolina over its "anti-LGBT 'HB2' law." Zeigler contended that "if the NCAA is serious, it is only a matter of time before BYU [Brigham Young University] gets kicked out of the association...[a]nd every other school with an anti-LGBT policy." The writer singled out several religious schools for having "policies...far more sinister and discriminatory than North Carolina."

Zeigler led his article, "NCAA must kick out BYU and anti-gay members, or North Carolina move is meaningless," by pointing out that "the NCAA made a great public relations move when it announced this week that it would remove all championship events from North Carolina, in response to the state's anti-LGBT 'HB2' law." After quoting from the organization's statement on the move, he lamented that "the association's claim to protect 'all' so far hasn't extended to student-athletes at BYU and other Christian schools that isolate and target gay people with policies and practices."

The Outsports co-founder continued by outlining his reasoning why all "anti-LGBT' schools should be expelled from the NCAA:

If the NCAA is serious, it is only a matter of time before BYU gets kicked out of the association. And every other school with an anti-LGBT policy will be removed as well.

If they are not removed in a timely fashion, this move by the NCAA out of North Carolina was truly just a public relations maneuver that I'm afraid too many people fell for.

It's remarkable that schools like BYU haven't been kicked out of the NCAA already, given the association's claims of dedication to equality. BYU's policies are far more sinister and discriminatory than North Carolina's HB2 law. While the law bars discrimination protection and forces trans people to use the bathrooms of their birth sex, BYU's policy outright discriminates against the entire LGBT community at every level and bans homosexuality all together.

Zeigler then singled out NCAA president Mark Emmert for supposedly having "his head so deep in the sand that he has not heard of the struggles, loneliness and outright discrimination at BYU and other 'Christian' schools" (so, in his view, institutions who abide by traditional sexual morals aren't really Christian). He added, "If the NCAA is serious about maintaining its commitment to 'fairness and inclusion,' it cannot do so while BYU is a member of the NCAA. Frankly, that they have allowed BYU to remain speaks to the lack of true commitment to equality on behalf of the NCAA."

The writer later spotlighted "policies that specifically target LGBT people" at four other colleges in the United States. He also broadly targeted the "many more universities that hold discriminatory policies, some of which have asked for or been granted by the Dept. of Education Title IX exemptions to allow their discrimination. Yes, the Obama Administration has regularly given licenses to discriminate to religious institutions and NCAA members." It is clear that Zeigler's actual issue is the mere existence of colleges and universities that would dare oppose his left-wing LGBT agenda.

Back in August 2016, the Outsports writer blasted NBC for "failing the LGBT community over and over again" in their coverage of the Summer Olympics over the years. Zeigler asserted that the liberal network didn't advance his pet cause enough by spotlighting LGBT athletes.