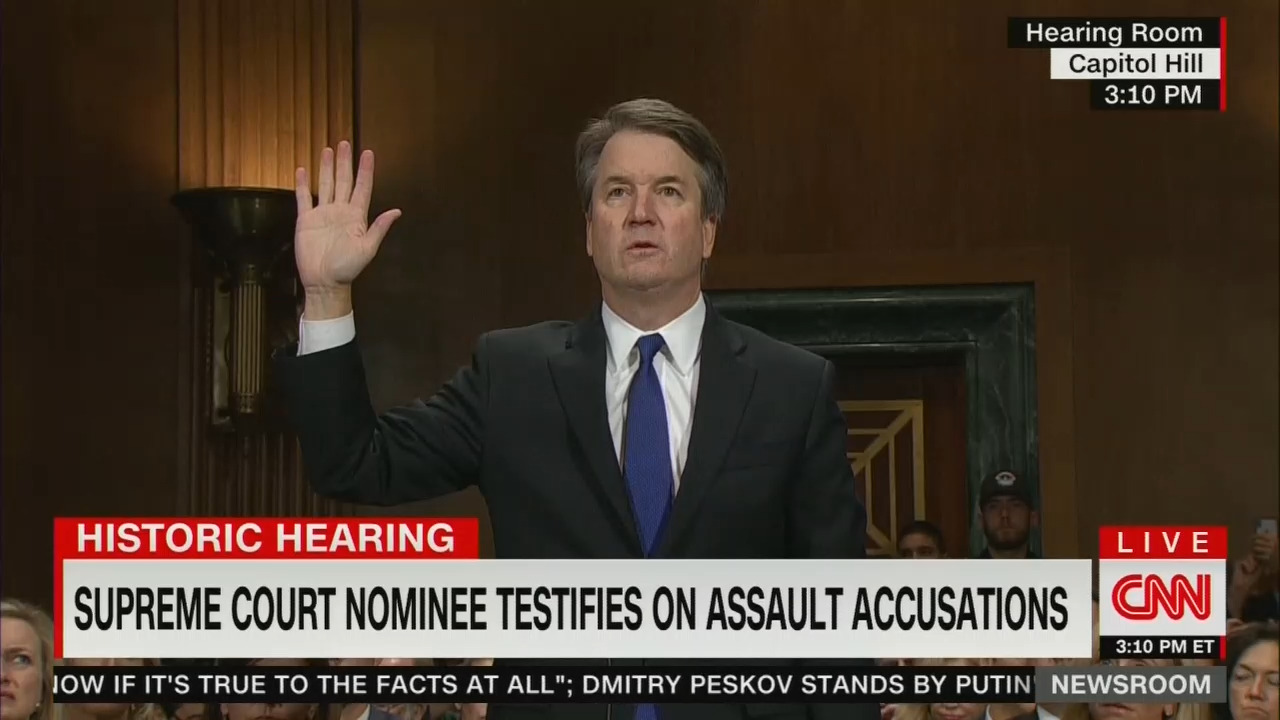 Earlier this week, the White House Correspondents’ Association (WHCA) announced its 2019 award winners ahead of the liberal media’s asinine evening of bloated nonsense at the WHCA’s dinner on April 27. While some of the award winners and honorable mentions were for serious works of journalism, The Washington Post won for breaking the “shithole countries” story and CNN’s Kavanaugh coverage fetching an honorable mention were particularly egregious.

As we’ll get to in a moment, the #FactsFirst network was anything but during its Kavanaugh coverage, offering one outlandish hot take after the next with a sprinkling of falsehoods along the way.

Because the liberal media largely live within a bubble, this what the WHCA judges wrote:

CNN’s coverage on the day of the hearings on Supreme Court nominee Brett Kavanaugh was aggressive, relied on deep sourcing and felt like one was watching a symphony. The news-making moments in which Sen. Jeff Flake, R-AZ, was confronted by two women was just a piece of the extensive coverage that followed every angle, all day.

“Like a symphony?” Are you kidding me? Who wrote this? Brian Stelter? And where do we begin with that nonsenese? Thankfully, the vast NewsBusters archives are here to help!

First and foremost, NewsBusters studies found just how little attention was given to Kavanaugh’s supporters, how CNN (and MSNBC) presumed him guilty, and tagged him with the word “rape” 191 times in an 18-day period. 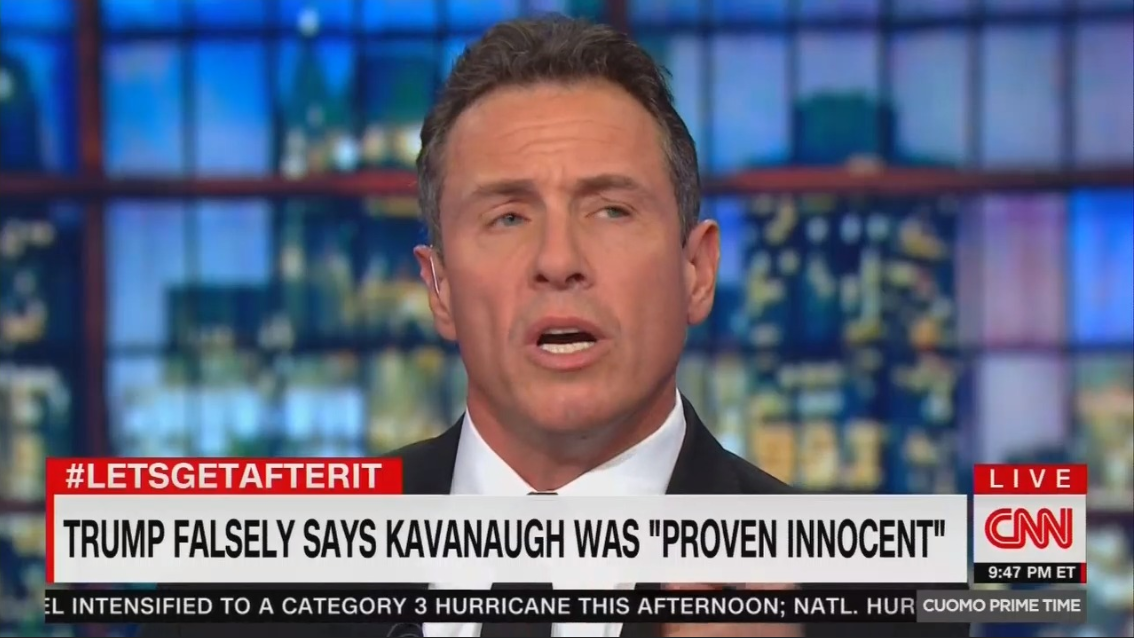 When it comes to falsehood, CNN definitely skimped out on the facts at times. Here’s a few NewsBusters headlines on that front:

CNN also illustrated its penchant for conspiracy theories to further their narratives and allowed scorching hot takes to go unchecked. Below are some examples (click “expand”):

And for good measure, below are some other sugar highs of craziness (click “expand”):

If fawning over the ratings-depressed CNN was an isolated case for the 2019 awards, there was more where that came from.

In the print category, The Post’s Josh Dawsey won for his story on the President calling certain countries “shithole[s].” Here was the judges’ comments (click “expand”):

Josh Dawsey relied on multiple sources for his exclusive report on language used by President Trump in a meeting on immigration with members of the Senate. The president described immigrants as coming from “shithole countries,” wondered why the U.S. couldn’t admit more immigrants from countries like Norway and singled out Haitians as immigrants he wanted to block. The language became one of the emblematic phrases of the administration, used to illustrate the president’s desire to curtail immigration, especially from countries in Central America and Africa. Dawsey worked on deadline, but added context and detail as he worked on the story. His entry epitomizes the criteria for the Merriman Smith Award – speed, accuracy, objectivity and initiative.

And to top those off, The Atlantic’s McKay Coppins won the Aldo Beckman award for profiles of various White House officials with The Washington Post’s Ashley Parker having the honorable mention for her work on the White House beat. 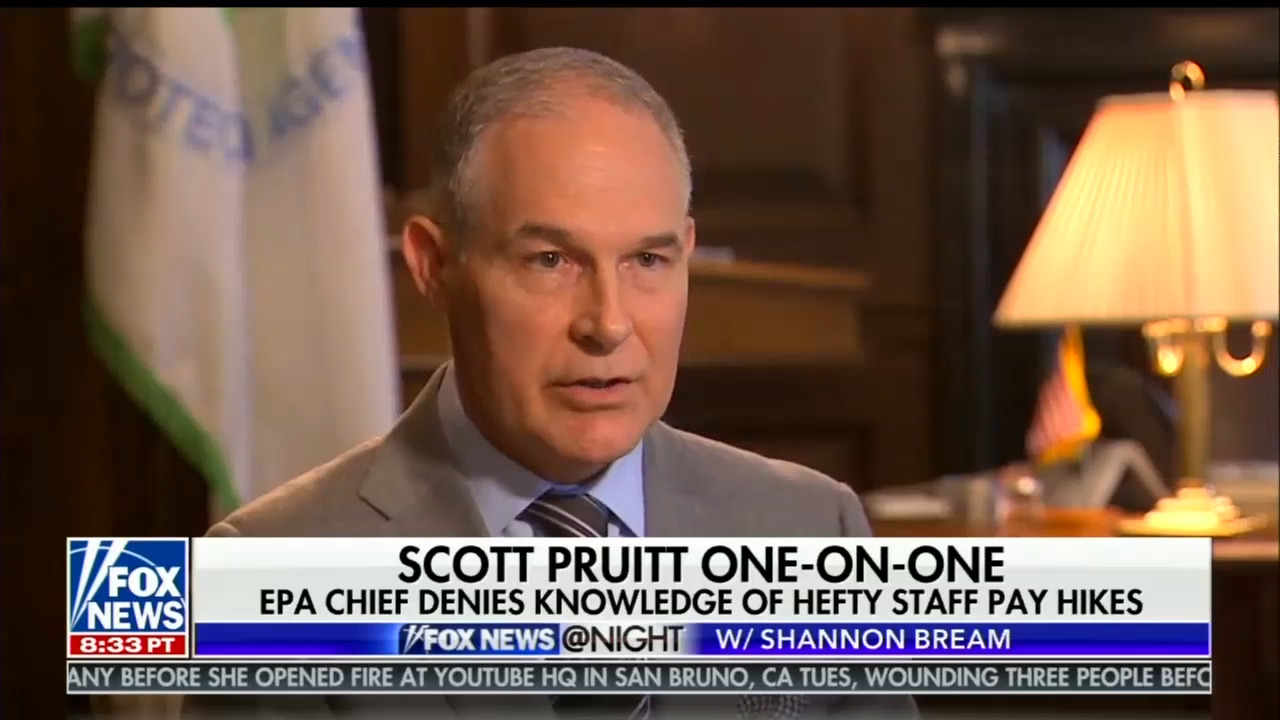 Moving to actual works of journalism, there was the winner of the “Merriman Smith Award for broadcast” was the Fox News Channel’s Ed Henry for his interview of embattled then-EPA administration Scott Pruitt.

In a dig at the liberal media stereotype of Fox News, the judges stated that “[i]f [Pruitt] thought he was going to get softball questions, he soon learned otherwise.”

An incredible Reuters investigation on horrid housing for military service members and their families won the Edgard A. Poe Award, given to “excellence in news coverage of subjects and events of significant national or regional importance, written with fairness and objectivity.”

In that category, the honorable mention went to a joint venture between Telemundo and The Weather Channel called “Hidden Cost” that, according to the judges, “stood out for its emotional punch and clear-eyed depiction of the problem of child and migrant farm labor.”