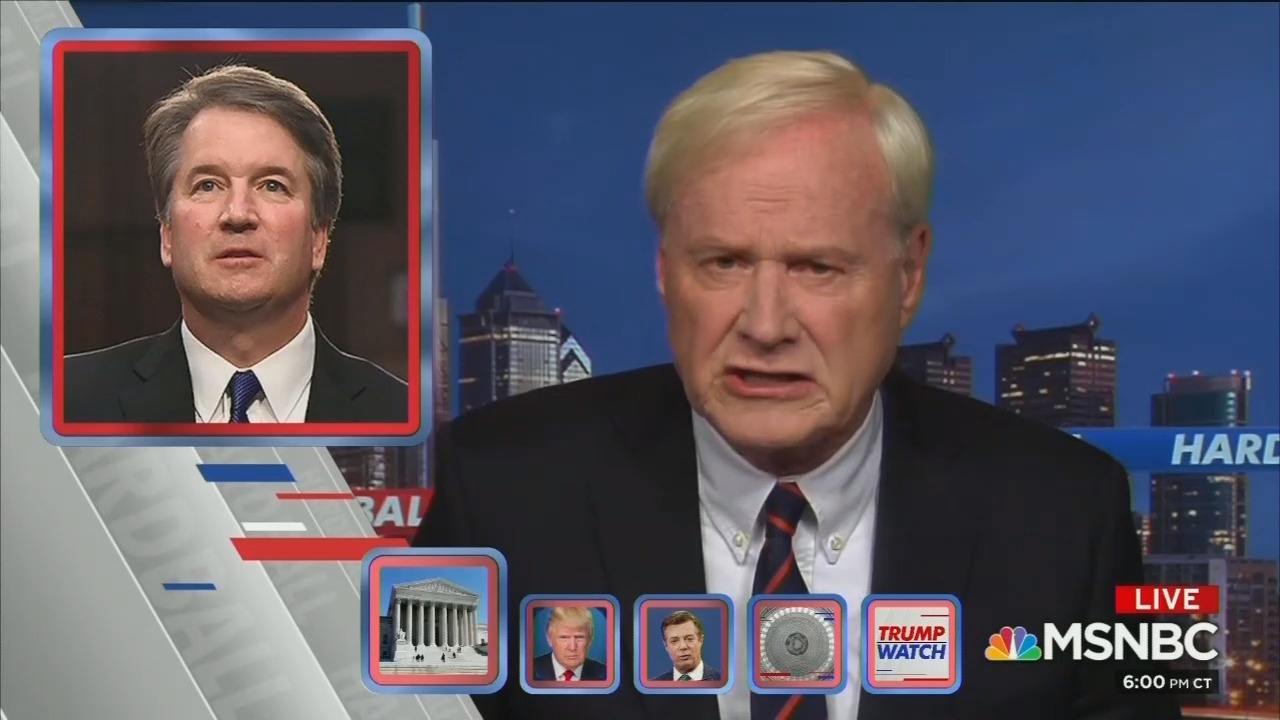 The hearings have yet to begin, but the liberal cable networks have already banged the gavel in the case of sexual assault allegations against Supreme Court nominee Brett Kavanaugh, finding the defendant guilty in a court of public opinion. Despite the insistence of both Democrats and liberal cable pundits that the magic of an FBI investigation is the only way to ascertain the truth, hosts and talking heads on CNN and MSNBC have spent the last week pronouncing their own pre-cooked verdict against the judge.

When Professor Christine Blasey Ford came forward as Kavanaugh’s accuser, MSNBC’s Chris Matthews painted the following colorful picture on Hardball of how he anticipated a hearing with Ford and Kavanaugh would unfold:

Evidently imagining a similar scene, CNN’s Don Lemon on Monday speculated whether the Kavanaugh nomination was doomed to “crash and burn” in the aftermath of Thursday’s hearing.

Contributors and analysts on both networks offered a colorful spread of theories about Kavanaugh.

During the 2 p.m. ET hour of Newsroom on September 17, CNN contributor Tara Setmayer dismissed Kavanaugh’s denials: “Having no recollection is a convenient excuse at times.”

On The Lead with Jake Tapper that same day, CNN political commentator Angela Rye took it upon herself to try the case, and ultimately determined that there was “reasonable doubt, at least, against Judge Kavanaugh.”

That same evening on MSNBC’s The Last Word, political blogger Ana Marie Cox presented her theory of how Kavanaugh might still be guilty even if his denials were in earnest: “I`m prepared to believe that he may have done something terrible that he doesn’t remember doing.” Earlier in that same show, Cox confessed that she did not believe Kavanaugh took “women’s pain very seriously.”

But for all the different theories swirling around Kavanaugh on liberal cable networks, all present could agree that the Republicans side of the Senate Judiciary committee was comprised entirely of “old white men,” and that this was very problematic indeed.

Watch the above video compilation for more hot takes from the most esteemed armchair jurists on cable news: