NBC Nightly News lashed out at conservatives and Republicans on Thursday for creating an “ugly” and “angry debate” with President Obama over whether to accept Syrian refugees while gushing how Hillary Clinton was “[g]oing against the tide” of a bipartisan majority of voters and members of the House in backing the President.

Anchor Lester Holt led the program again from Paris and started the segment by explaining that “[h]eightened fears in the U.S. over Syrian refugees in the wake of the Paris attacks led the House to approve a bill today that would virtually halt all Syrian refugees from coming into the U.S.”

Introducing NBC News Clinton correspondent and MSNBC host Andrea Mitchell’s report, Holt set the tone with the declaration that “the Republican frontrunners [have] drummed up the fear talk today to a new level.”

Mitchell flashed her liberal colors from the get go as she lamented that “the fear about Syrian refugees got ugly on the campaign trail” with comments from Ben Carson and Donald Trump about how they would go about the issue.

Along with touting President Obama’s argument that the GOP has been “playing politics,” Mitchell spun the fact that 47 House Democrats voted for the refugee bill’s passage as not siding with Republicans but going “against the President....to virtually stop refugees from Syria and Iraq from coming to the U.S.”

Standing up for the Democratic presidential candidate, Mitchell oozed that Clinton was “[g]oing against the tide” as she told the Council on Foreign Relations that “[t]urning away orphans, applying a religious test, discriminating against Muslims, slamming the door on every Syrian refugees...is just not who we are.”

Before going back to Holt, Mitchell laid blame at the feet of Republicans for “fueling an angry debate here at home.”

On ABC’s World News Tonight, anchor David Muir bemoaned “the refugee backlash back home” with a “new war of words tonight” (an almost daily buzzword employed by the newscast) as Carson “compared some refugees to rabid dogs.”

Reporting from the White House, correspondent Jonathan Karl mentioned the passage of the House bill and it serving as a “a rebuke” to the President, but neglected to inform viewers of how it passed on a bipartisan basis with 47 Democrats joining with all but two Republicans for a margin of 289-to-137.

Meanwhile, the CBS Evening News devoted only 31 seconds to the House bill’s passage with a news brief from anchor Scott Pelley that described the bill as having “dealt a serious blow” to the President with “[e]very Republican and nearly 50 Democrats vot[ing] yes.”

The transcript of the segment from November 19's NBC Nightly News can be found below. 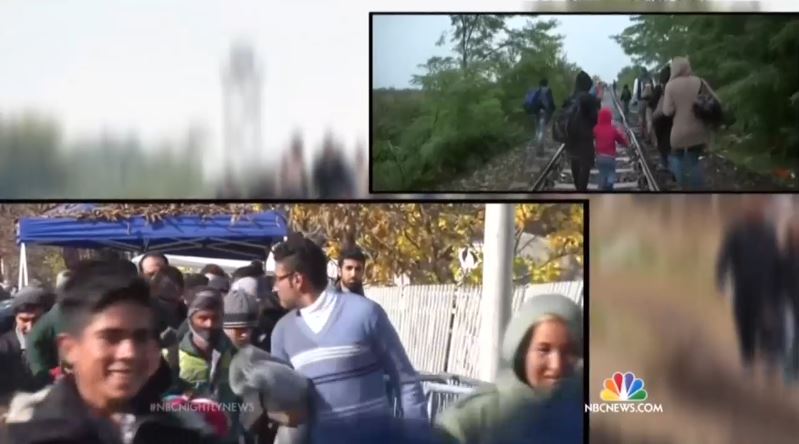 LESTER HOLT: Heightened fears in the U.S. over Syrian refugees in the wake of the Paris attacks led the House to approve a bill today that would virtually halt all Syrian refugees from coming into the U.S. As NBC’s Andrea Mitchell shows us, the Republican frontrunners drummed up the fear talk today to a new level.

ANDREA MITCHELL: Today, the fear about Syrian refugees got ugly on the campaign trail.

BEN CARSON: You know, if there's a rabid dog running around your neighborhood, you’re probably not going to assume something good about that dog and you're probably going to put your children out of the way. [SCREEN WIPE] We have to have them placed, screening mechanisms that allow us to determine who the mad dogs are, quite frankly.

MITCHELL: Donald Trump telling Yahoo he wouldn't rule out requiring Muslims to register and carrying identification and Trump saying the Syrians are coming.

DONALD TRUMP: Syrians are now being caught at the southern border just like I said. They’re going to be pouring in, we don't know who they are, could be ISIS.

MITCHELL: In fact, two Syrian families, including four children, presented themselves to U.S. Customs in Texas asking for asylum. In Manila, the President accused Republican lawmakers of playing politics.

PRESIDENT BARACK OBAMA: The idea that somehow they pose a more significant threat than all the tourists who pour into the United States every single day just doesn't jibe with reality.

MITCHELL: Hours later, 47 Democrats voted against the President, joining Republicans to virtually stop refugees from Syria and Iraq from coming to the U.S. by requiring the Homeland Security Secretary, the FBI Director, and Head of National Intelligence to personally certify that each applicant is not a threat, an impossible task. Going against the tide, Hillary Clinton today. 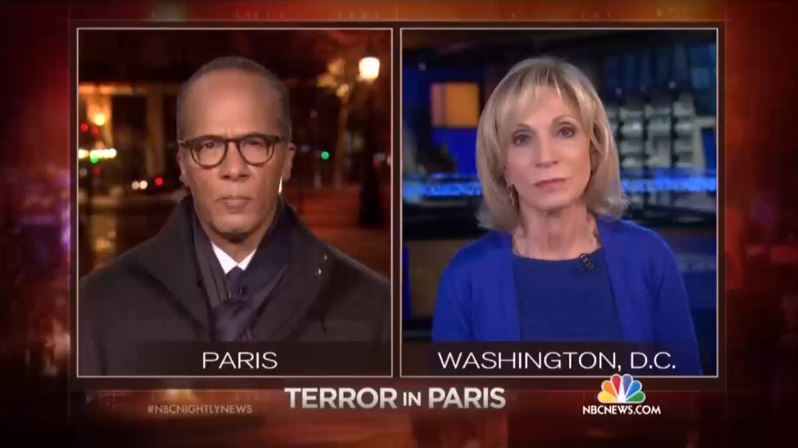 HILLARY CLINTON: Turning away orphans, applying a religious test, discriminating against Muslims, slamming the door on every Syrian refugee, that is just not who we are.