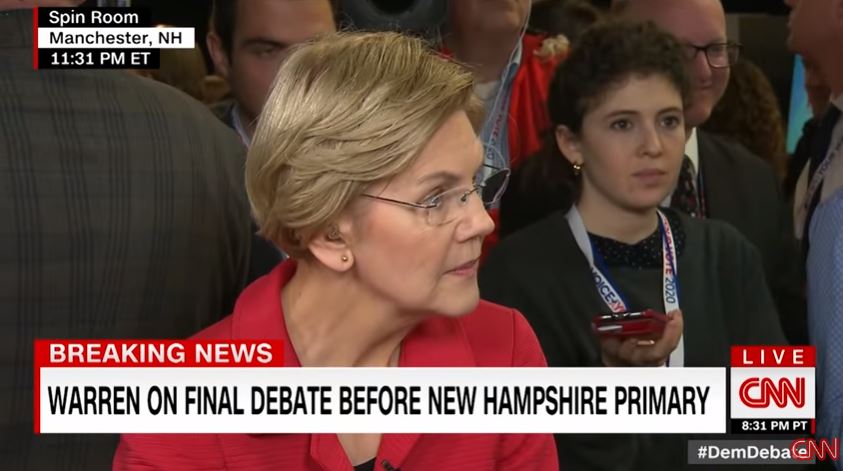 Now, as the focus turns to New Hampshire and its primary next Tuesday, Mr. Buttigieg has emerged as a formidable top-tier contender, harnessing the momentum from Iowa and campaigning with confidence and a large dose of swagger.

New polls this week have affirmed his strength as a moderate rivaling or even surpassing Mr. Biden: A Monmouth survey put him second in New Hampshire, four percentage points behind Mr. Sanders, and a Boston Globe/Suffolk University poll published on Friday showed him gaining momentum there and in a virtual tie with Mr. Sanders.

For a long time in this primary, Democrats seemed to be deciding between the progressive sizzle in Mr. Sanders and Senator Elizabeth Warren, or the statesmanlike security blanket in Mr. Biden. In the end, Iowans liked Mr. Sanders but also embraced Mr. Buttigieg, a Midwestern neighbor with a compelling biography: Rhodes scholar, military veteran, potential history-maker as an openly gay candidate.

The second half was more critical of Buttigieg. For one, he’s no Obama:

....Unlike Mr. Obama, who swept through the South with huge support from African-Americans, Mr. Buttigieg is struggling mightily with voters of color....

The same day, campaign reporter Astead Herndon let Warren’supporters throw shade at male reporters for treating Buttigieg with “kid gloves” over Warren in “Buttigieg, Not Sanders, Emerges as a Problem For Warren’s Candidacy.”

(The paper has certainly had its share of fawning Buttigieg coverage.)

Herndon, who has long repented of a fairly tough article on Warren from 2018, showed the sexism card at the start.

In the back row of an event geared toward veterans for Pete Buttigieg, the former mayor of South Bend, Ind., on Thursday, a discussion broke about one of his Democratic rivals -- Senator Elizabeth Warren of Massachusetts.

Christine Bagley, 65, said Ms. Warren had been her top choice but described her as “a bit of a bulldog,” saying Mr. Buttigieg made her feel more “hopeful and inspired.” Lois Luddy, 66, had also considered Ms. Warren, but said she was too “bellicose.”

Ms. Bagley shot back: “Would you say that if she wasn't a woman?”

The myth of Buttigieg the moderate won’t die.

[Staffers’] increasingly dire warnings contrast with the message being projected by Ms. Warren's campaign staff and the candidate herself, who has sought to maintain an even-keeled optimism even after her third-place finish, behind a progressive whose supporters rarely budge and a moderate millennial with the pedigree of her former students at Harvard.

Then Herndon forwarded “sexism” criticism of his own tribe.

Mr. Buttigieg has been aided by the concept of electability, which has hung over the primary season and can disadvantage women running for office in particular. Ms. Warren’s allies, who have seen her frequently faced with questions about whether a woman can win, believe Mr. Buttigieg has been treated with kid gloves by journalists who see themselves in a 38-year-old man more than a 70-year-old woman.

Herndon concluded by circling back to sexism.

Others, like the two women at Mr. Buttigieg’s event, said the die had been cast -- and Mr. Buttigieg had won them over.

Right before he began to speak, Ms. Bagley asked Ms. Luddy again: Would she be as annoyed if a male candidate talked about “fighting” like Ms. Warren?