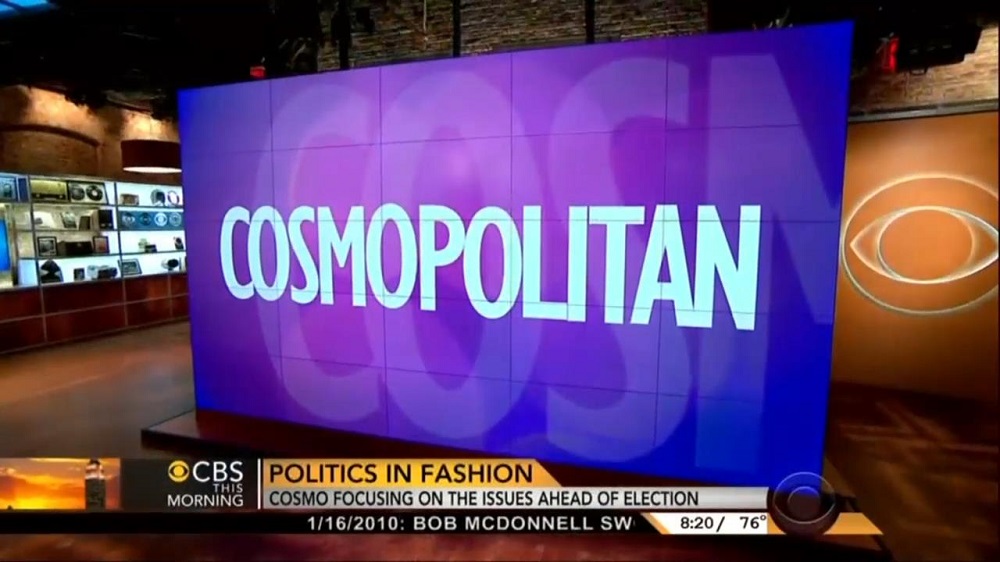 The cover story of the December edition of Cosmopolitan is titled, "Sex Wish List." The article contains 24 sexual suggestions, all of which exploit the Christian and Jewish holidays. Most conspicuously, it includes a "Sex-Vent Calendar," a rip-off of the Advent calendar prized by Christians. Here's a sample.

"Have Yourself a Merry Little Xxx-mas Too" recommends that the reader "Lie back and make your Christmas carnal with The Womanizer — an external vibe with gentle suction power that simulates oral sex." Another Christmas gift is called, "Go A-Caroling!" Instead of "Away in a Manger," readers are told to buy Dap Kings' new album: it features "Please Come Home for Christmas." Parenthetically, it says, "No, It’s not just a clever name."

"Light His Menorah!" is for Jews. "Heat up Hanukkah and burn a massage candle until it melts, then carefully (!) brush oil on his chest and back, massaging as you go. Just like the Maccabees' flame, he'll last even longer than expected." Another gift to Jews is titled, "Play a Game of 'Sex Dreidel.'" The game "makes each Hebrew letter on the toy's sides represent something a little less kosher than you're used to…."

Cosmopolitan was once a women's magazine, but in the 1970s it decided to become a soft-porn publication. Helen Gurley Brown bet that the fastest way for women to achieve equality with men was for the gals to mimic the most debased male traits. She succeeded. What women won remains a mystery. No matter, up until now the magazine at least stayed away from trashing Christian and Jewish holidays. That it can't resist doing so these days tells us just how low it has become.

In the wake of the Charlie Hebdo ruckus, we suppose that Cosmopolitan readers won't be treated to a Ramadan issue. Too bad.