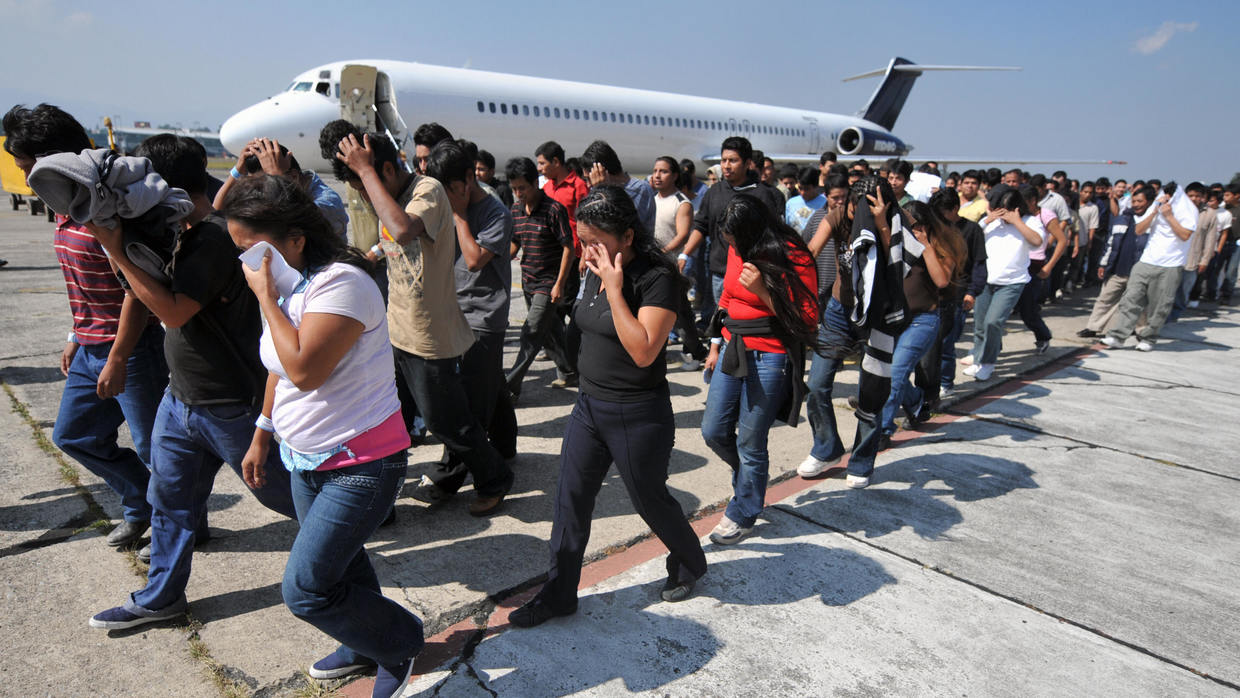 As we have noted previously, the wildest instances of bias by Univision News are now reflected on the network's digital platform. The latest instance comes via its coverage of the Republican National Convention's platform plank on the issue most essential to Univision's long-term survival: immigration.

The outrageously one-sided post, titled "En la Convención Nacional Republicana los indocumentados brillarán por su ausencia" (The Undocumented Will Be Conspicuously Absent At The Republican National Convention), marches in lockstep with boss Isaac Lee's "no two sides" philosophy. Also "conspicuously absent" from the article is any perspective from a pro-legal immigration or pro-enforcement point of view. Instead, Univision only publishes reaction from the pro-open borders side of the issue.

But more egregious is the fact that Univision refers to select bits and pieces of the plank, itself cited from The New York Times' article on the convention platform, and inserts its own editorial bits in-between. For example:

According to the newspaper (NYT), the Republican leaders accuse President Barack Obama in their platform of having "mocked the immigration laws", in reference to the immigration executive actions with which Obama sought to shield five million undocumented from deportation.

In the excerpts obtained by the newspaper, Republicans state that Obama overrode the nation's will by adopting changes to the immigration law, and state their solidarity with "the victims, especially the families of murdered innocents".

Here is another instance where Univision chooses to infantilize its viewers/readers in order to spoon-feed an agenda, rather than presenting information and letting them decide. Why not provide readers with a translated excerpt to review? Here it is, via the NYT:

“Our party is the natural home for those who come in search of freedom and justice. We welcome all to the Great Opportunity Party. ... We both encourage the preservation of heritage tongues and support English as the nation’s official language. ... With all our fellow citizens we have watched, in anger and disgust, the mocking of our immigration laws by a president who made himself superior to the will of the nation. We stand with the victims of his policies, especially the families of murdered innocents. Illegal immigration endangers everyone, exploits the taxpayers, and insults all who aspire to enter America illegally. ... That is why we have in the past demanded, at our vulnerable borders, construction of a physical barrier and, at all ports of entry, maximum vigilance. ... The Department of Homeland Security must use its authority to keep dangerous aliens off our streets and to expedite expulsion of criminal aliens. Gang membership should be a deportable defense.”

Note Univision's dishonest edit of the "We stand with the victims of his policies, especially the families of murdered innocents" portion of the excerpt, and its excision of the president's immigration policies from that mention therein. Also missing is any citation of the portion of the plank that speaks to the deportation of known gang members.

It isn't like the network couldn't find anyone from the GOP to address the platform in Spanish. After all, they know how to get a hold of the RNC's Hispanic Media Director- even if they pretend that they don't.

This story shows that fairness and accuracy are mere inconveniences that get in the way of pushing a narrative and further fomenting racial grievance. Just another day in the office at Univision Digital, unfortunately.