'Publishing Professionals': Cancel ALL Deals with Trump and His Enablers 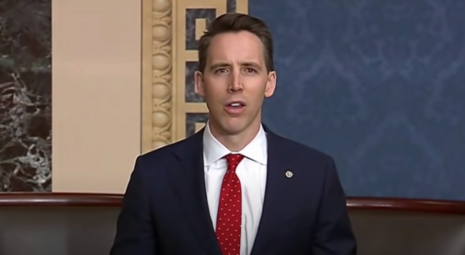 The "guilty by association" thing has gotten out of hand. But what hasn’t these days? "Publishing Professionals" are reportedly trying to deny book deals for any Trump affiliates.

Author for Bounding Into Comics Spencer Baculi wrote about the open letter of intent from U.S. "members of the writing and publishing community." Elite authors and publishers make the rules now. They clearly play ball with the left. The letter said:

We all love book publishing, but we have to be honest — our country is where it is in part because publishing has chased the money and notoriety of some pretty sketchy people, and has granted those same people both the imprimatur of respectability and a lot of money through sweetheart book deals.

As members of the writing and publishing community of the United States, we affirm that participation in the administration of Donald Trump must be considered a uniquely mitigating criterion for publishing houses when considering book deals.

The open letter is constantly gaining more signatures and has already shown that they’re super serious. Senator Josh Hawley had his upcoming book The Tyranny of Big Tech dropped by Simon & Schuster just after the Capitol siege. Seems, as Hawley said, pretty “Orwellian.”

The letter of intent continued, “‘Son of Sam’ laws exist to prevent criminals from benefiting financially from writing about their crimes. In that spirit, those who enabled, promulgated, and covered up crimes against the American people should not be enriched through the coffers of publishing.” Are Hillary, Biden, and Obama included in this list? Their crimes are probably excused like the rest of the social justice warriors on the left.

In layman's terms, any writer, editor, journalist, agent, or professional publisher should revoke any attempts of book deals with “monsters,” as the letter labels them. The signers also added that “No participant in an administration that caged children, performed involuntary surgeries on captive women, and scoffed at science as millions were infected with a deadly virus should be enriched by the almost rote largesse of a big book deal.”

The publishing industry has been filled with intolerant liberal crybabies lately - literally. Employees at one company CRIED over Jordan Peterson's new book and others tried to revolt against publishing Rowling’s latest.

It’s a home run for the lefties. The main goal: total control. They manage the media, the government, and now all publishing. They love to cancel whatever they don’t like. Just look at these prime recent examples: "Sullied" golf pros, “TERF” Miley Cyrus, and “Transphobe” J.K. Rowling. And, they’ll undoubtedly try to overstep again tomorrow.

Leftists live in a bubble where all conservatives are the spawn of the devil. But, fear not. As the signees of the letter said, they “will do whatever is in our power to stop it.”