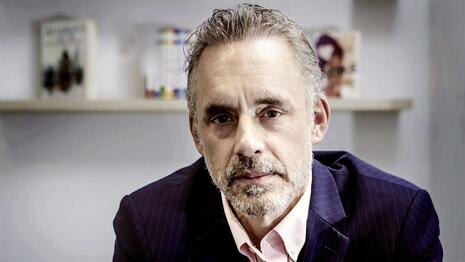 In a year where one terrible thing has happened after another, the employees of a Canadian book publishing company has found the latest liberal nightmare: a new book by Jordan Peterson. Apparently, these employees were even reduced to tears when arguing against the book’s release.

On Monday, November 23, Canada’s largest book publishing company, Penguin Random House Canada, announced that it will be publishing the book Beyond Order: 12 More Rules for Life by Jordan Peterson. While the book itself isn’t due out until March 2021, some people found plenty enough to be upset over right now.

In a town hall following the announcement, Penguin Random House Canada employees confronted their executives over the decision to publish a book they deemed to be too “controversial.” Reports from the town hall remark how the employees actually cried while discussing their views of Peterson.

According to Vice News, a junior employee and member of the LGBTQ community disparaged Peterson, stating that “[h]e is an icon of hate speech and transphobia and the fact that he’s an icon of white supremacy, regardless of the content of his book, I’m not proud to work for a company that publishes him.”

Another employee said “people were crying in the meeting about how Jordan Peterson has affected their lives.” They said one co-worker discussed how Peterson had radicalized their father and another talked about how publishing the book will negatively affect their non-binary friend.

“The company since June has been doing all these anti-racist and allyship things and them publishing Peterson’s book completely goes against this. It just makes all of their previous efforts seem completely performative,” the employee added.

At least 70 anonymous messages regarding the book were sent to the company’s diversity and inclusion committee, with only a few in favor of the book’s release.

Employees told Vice News, "if the book isn’t cancelled, they would like Penguin Random House Canada to consider donating the profits from the book to LGBTQ organizations."

Although the company has not dropped the book - yet - a statement from Penguin Random House has confirmed that they are “open” to hearing employee feedback:

We announced yesterday that we will publish Jordan Peterson’s new book Beyond Order this coming March. Immediately following the announcement, we held a forum and provided a space for our employees to express their views and offer feedback. Our employees have started an anonymous feedback channel, which we fully support. We are open to hearing our employees’ feedback and answering all of their questions. We remain committed to publishing a range of voices and viewpoints.

Heaven forbid a book company should publish something one of its employees doesn’t like. And these employees really don’t like Jordan Peterson, especially if they’re willing to break down and cry about him. Then again, Peterson is no stranger to attracting ridiculous critics.

Jordan Peterson has been a controversial figure since his rise to fame in 2016. While there hasn’t been a clear response from Penguin Random House Canada, let’s hope the U.S. chooses not give into these crying voices, either. Only time will tell.