Hell hath no fury like a gay activist unable to spread his doctrine. He’ll get spiteful. He’ll say hateful things and enjoy the suffering of those who don’t agree with him. He may, for example, celebrate the destruction of the home of a state legislator, and chalk it up to a God he (surprise!) doesn’t believe in. 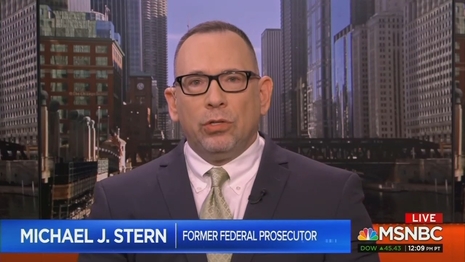 That’s what Michael J. Stern did. He’s an opinion columnist for USA Today and several other tolerant, accepting lefty papers. On Saturday, a tornado hit Ocala, Fla. Among the buildings it ravaged was the home of Republican State Rep. Joe Harding, author of the state’s Parental Rights in Education  bill that has the LGBT mob in a tizzy.

Dishonestly dubbed by the media the “Don’t Say Gay” bill, the legislation would ban FLA teachers discussing or teaching sexuality to children five to eight years-old. This is some sort of gay rights outrage. Apparently grooming is a First Amendment right.

Stern’s tweeted reaction to the news about Harding’s home had the sort of Love Wins positive vibe we’ve come to expect from the Gaystapo:

I'm not a believer, but the tornado that just ripped apart the home of the author of Florida's "Don't Say Gay" law is making me reconsider.

“Rotten bigot.” There seems to be a lot of that going around. Of course, USA Today has completely whored itself out to the trans industrial complex, so there's not a lot of self-awareness or terminological exactitude around that "newspaper."