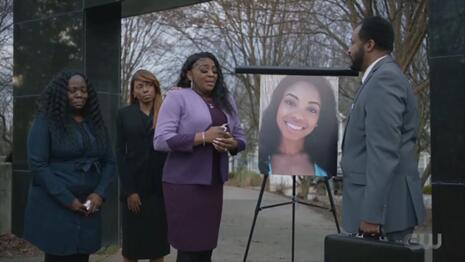 It’s clear that CW’s Black Lightning wants to be a superhero for the Black Lives Matter crowd, but it doesn’t have to be so obvious about it. And there are few worse ways to do it than having the title hero literally save a Breonna Taylor stand-in.

The March 15 episode “The Book of Ruin: Chapter Two” has the fictional city of Freeland under a crime wave. After the assassination of their mayor, the new chief of police takes action by planning multiple police raids, including a dozen no-knock warrants. Considering the last time media referenced the no-knock warrant, it’s clear where this story’s going.

Near the end of the episode, a few police officers start to execute one of the warrants despite the fact that this one wasn’t “confirmed” with the Postal Service. They barge in on a sleeping black couple, the woman remarking that it’s “her ex” who “must have found” them. The man takes a gun, screams a warning, and fires at the officers. One officer goes down, leading to the others to open fire. What follows is a bizarre montage of BLM protests to mimic the aftermath of Breonna Taylor’s shooting (set to “I Can’t Breathe” by the artist H.E.R., which was awarded Song of the Year at Sunday night's Grammys) …until Black Lightning (Cress Williams) comes in, fights the police, and stops the shooting:

BLM likes to act like no one knows anything about the Breonna Taylor case (hence #SayHerName), but it’s clear their supporters don’t know anything about it either. All they know is that the police must always be the bad guys instead of the criminals they’re chasing.

Breonna Taylor’s death was a tragedy as all deaths are, but the outright hijacking by the Black Lives Matter movement makes it far worse. This isn't the first social justice show to reenact a BLM cause célèbre shooting and it won't be the last. Shows like Black Lightning that profit off of these things should be ashamed of themselves.

This show was sponsored by commercials from Febreze, Sprint, and Subaru.