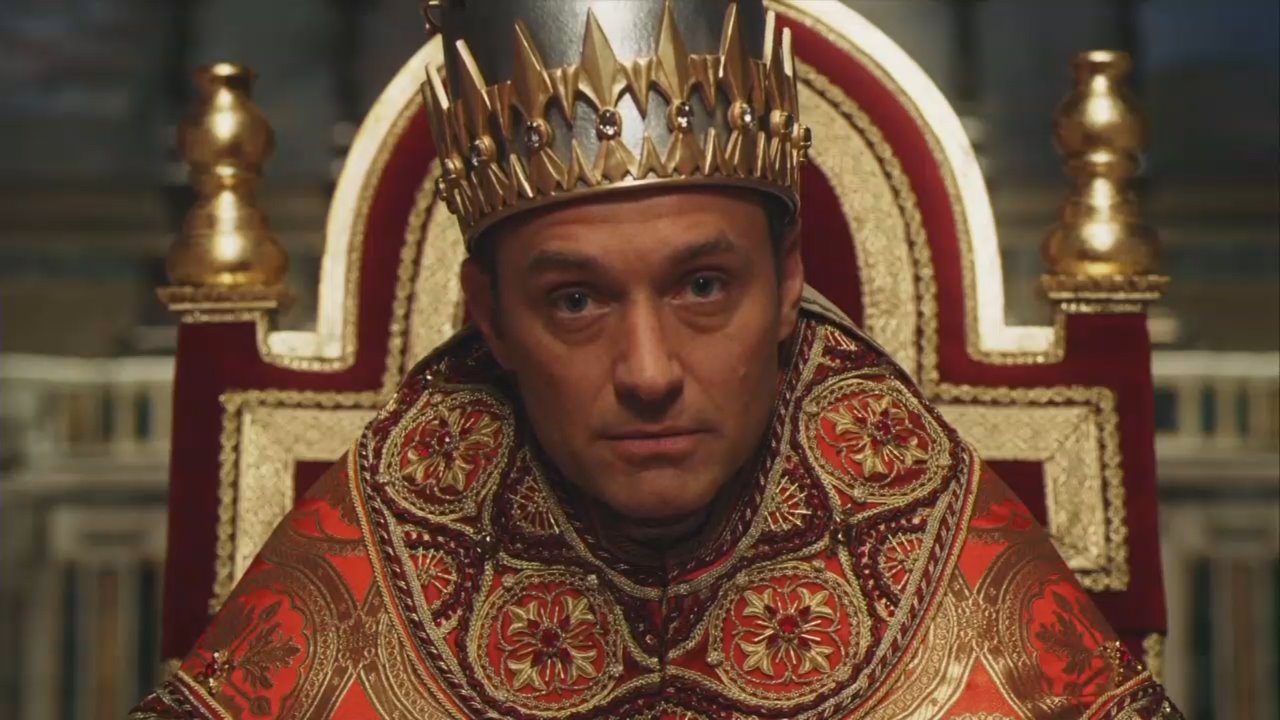 We’ve finally reached the end. Starting next week, HBO’s The New Pope will no longer crowd our screens with endless religious smears. Sadly, there’s still the finale to contend with, and the series wasn’t going down without one last blow to Christianity. The show depicting the behavior of the Vatican boldly declares the threat of Catholic fundamentalism.

The March 9 “Ninth Episode” depicts the first meeting between the old Pope Pius XIII (Jude Law, right) and the titular new Pope John Paul III (John Malkovich). It comes at a critical moment after a group of terrorists have suddenly taking a Catholic elementary school hostage. The Vatican fears this is a response from the caliphate who previously attacked the St. Peter's Basilica and have been threatening Catholics throughout the show. However, there is also a new growing concern from Pius XIII’s return: Catholic fanaticism.

You see, the return of Pius XIII will inspire the idolaters who see him as a “saint” or even “Christ.” To many people in the Vatican, the threat of Catholic fanaticism is almost bigger than Islamic terrorism. It’s enough to be considered a threat from the former pope, at least.

Cardinal Voiello: No one wants a war. If Pius XIII shows himself to the world, Catholic fundamentalism will boil over. If Pius XIII utters the word "War," millions of people from around the world are ready to immolate themselves on the Syrian border and to launch the greatest religious war of all time. Many of them will be Americans. The front lines would include Catholic factions from the conflicts in former Yugoslavia, freedom fighters from Ukraine, and the Lithuanian special forces. And affluent members of the Catholic diaspora stand ready to finance the conflict and provide arms. [Camera shutter clicking] Am I wrong, General Parker? See? We might be a little rusty, but we still know a thing or two about war.

Bauer: Can't believe we're even having this conversation. The Vatican entertaining the idea of declaring war on Islam. Jesus fucking Christ, Voiello.

Cardinal Voiello: No, hold on, Bauer. Not on Islam, on Islamic terrorism. We know perfectly well that the majority of Muslims are moderate, but that's exactly the point. It's the moderate Catholics who now risk becoming few in number because the majority would become fundamentalists if Pius XIII were to show himself.

Unfortunately, the show follows through on that threat in its own special way. To help save the hostages, Pope Pius XIII decides to confront the terrorists himself. In this process, it’s revealed that the terrorists are actually the fanatical Catholics themselves, including Esther (Ludivine Sagnier), the follower turned prostitute. They are fortunately arrested for their crimes, but that doesn’t erase the death of subtlety.

It’s essentially the final stab of any respect an average Catholic should have for this series. In a show that has smeared the Church, the cardinals, the saints, and the Bible multiple times, it still has time to insult the Catholics. From this episode, we see Catholics fall under religious idolatry and almost start a religious war on par with Islamic terrorism. From this show in general, we’re hard-pressed to find a single good Catholic who upholds the values millions follow every day. All we have is a sick reminder of the worst kinds of religious straw men.

We’re still unsure right now if there will be another follow-up to this Pope saga, especially considering its ending. Pius XIII ends the episode seemingly deceased, and John Paul III abdicates his position to run off with Sofia (Cécile de France), leaving the papal position to previous Secretary of State Voiello (Silvio Orlando). In a perfect world, the show would leave bad enough alone, but considering the previous attitude from The Young Pope, we may have only scratched the surface.